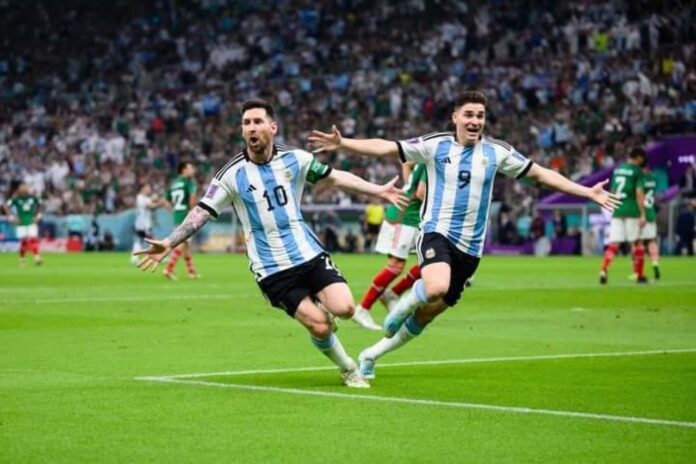 Argentina’s sagging World Cup prospects were boosted by Lionel Messi’s spectacular long-range strike in a critical 2-0 win over Mexico at the Lusail Stadium. Argentina entered the game knowing that defeat would mean elimination following their shocking 2-1 loss to Saudi Arabia, and they labored once more until Messi’s 65th-minute intervention.

In what is anticipated to be his final World Cup, the 35-year-old picked up Angel Di Maria’s pass outside the box and arrowed a crisp shot into the bottom corner to break the deadlock in a scruffy and ill-tempered match.

Argentina, flat and fragmented, picked up where they left off in Tuesday’s encounter, with Messi unable to affect proceedings and Lautaro Martinez cutting an isolated figure ahead of him.

Mexico looked more dangerous in the opening period, but, like Argentina, they struggled to create any true moments of quality, with an Alexis Vega free-kick comfortably saved by Emi Martinez the only effort on goal before the break. Despite the electric atmosphere inside the stadium, there was more of the same after the break, with a wayward Messi free kick seemingly summarizing his evening as he failed to ignite.

But everything changed when he found himself in a pocket of space about 25 yards from goal, taking a touch to handle Di Maria’s ball before unleashing an unstoppable shot into the far corner. Argentina’s players and fans erupted in excitement after Messi’s goal, and there was even more relief when replacement Fernandez sprinted onto Messi’s pass following a corner and fired a magnificent effort from the left side of the box.

When the hour comes, so does the man. Lionel Messi had experienced a terribly difficult evening at the Lusail Stadium, his struggles echoing those of Argentina as a whole, but his stunning opening goal reminded everyone that he can still turn a game in an instant.

For the previous hour, Messi had remained on the outskirts of a low-quality match, his only attempt on goal an inaccurate free kick early in the second half. But when his chance arrived, he took it in a pocket of space just outside the box.

The goal, which he steered into the bottom corner, was his 93rd for his country and eighth at the World Cup, tying him with Diego Maradona. It could also be one of his most meaningful. Argentina had been terrible up until that point, but their belief gradually returned, and when the second goal arrived, it was no surprise to see Messi involved, the 35-year-old supplying Enzo Fernandez, whose spectacular finish sealed the game. 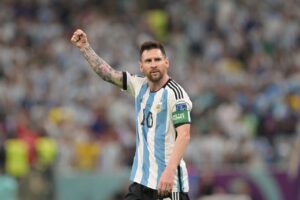 Argentina’s effort is far from over. The last group game versus Poland will be difficult. They will need to significantly improve on this performance if they are to successfully navigate it and advance to the tournament’s later stages.