The Best DC Series on HBO Max [You Must Watch] 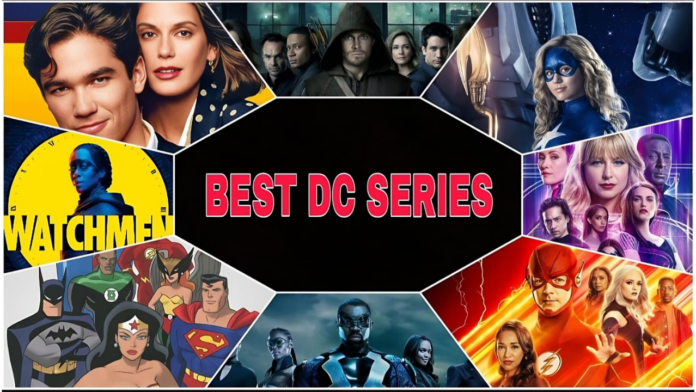 HBO Max is the place to go if you want to watch DC series. The streaming service has the exclusive rights to all of DC’s comic-inspired characters, including Batman, Superman, Wonder Woman, and even Harley Quinn and Peacemaker, who are just now getting some attention.

The list of Best DC Series on HBO Max is long, so we decided to narrow it down to the ones that every fan of this universe should watch.

Many people think it’s one of the best adaptations of a comic book ever, and some think it’s the best way to bring Batman to the screen. This work, which retold some of the best Bat-Man stories in a style of animation that was unique at the time, is the basis for what is now called the Timmverse, which is made up of different works that come from this one. Bruce Timm came up with the idea. Essential for any Batman fan.

James Gunn, who is now in charge of making TV shows and movies for DC Comics, got off to a great start at the company with his own vision for The Suicide Squad, which turned out to be one of the studio’s best movies and gave John Cena a unique role as Peacemaker. The movie is about a hero who wants peace at any cost, even if that means using violence. He is recruited for a more complicated mission, which forces him to change and grow without losing his core.

People remember the Doom Patrol as one of the weirdest teams in the DC Universe. The show tries to capture this weirdness, which it does most of the time. In this book, different people with special skills live together under one roof, led by a man who has helped them. Even though they just want to live a quiet life, they have to be the heroes and go on strange adventures that show us how complicated they are.

Even though it was made in a different time, Smallville is still a classic of hero TV because it shows Clark Kent’s life before he became Superman. Even though the style and budget of the work are limited, it tells a consistent story, even if fans have their favorite and least favorite parts.

Harley Quinn is the least talked about and most underrated work on this list. The play is about the person whose name is in the title. During the first season, she breaks up with the Joker and tries to join the Legion of Doom. There, she meets Poison Ivy and becomes friends with her, then falls in love with her. Even though it is an animated show for adults, it is full of chaos, cruel laughs, too much blood, and surprising themes. It is a must-see for any fan.

In a more teen-like way, Teen Titans is another classic fan favorite. It’s about a group of young heroes who have to deal with many threats, including their own growing up. Even though it was a play for kids, the way the characters changed over the course of each season really changed how we think of heroes on TV.

It’s a must-have for Bruce Timm’s Batman animated series and is better known in Latin America as Batman del Futuro. In this story, which takes place years after the Batman series, Bruce Wayne is already in his 70s when he meets Terry McGinnis, a young man who becomes the next Batman.

Even though fans of Alan Moore’s original comics probably had different opinions about Watchmen, it was praised as a work that managed to stand out from the first by telling a different story while still keeping the complicated heroes and a realistic, complicated world.