Are you looking for iFun Screen Recorder and its alternatives? There are many different kinds of software that can record your screen. And some of them are known for how well they work. When you think of screen recording, You might think of OBS because it’s a popular streaming platform. However, there are other programs that can do the same job just as well without being as complicated as OBS. iFun Screen Recorder is one of these apps.

IOBit’s free screen recorder, iFun Screen Recorder, does everything you could want from software like this. The interface is easy to use, and there are a lot of options to choose or not choose your preferences. You can be up and running in just a few minutes after installation. The Speaker, about Microphone, Mouse, and Webcam toggle is very useful because it lets you change your settings on the fly, even if there is a small delay between recordings.

In this article, we are going to talk about iFun and every about this Which you need to know.

What is iFun Screen Recorder? 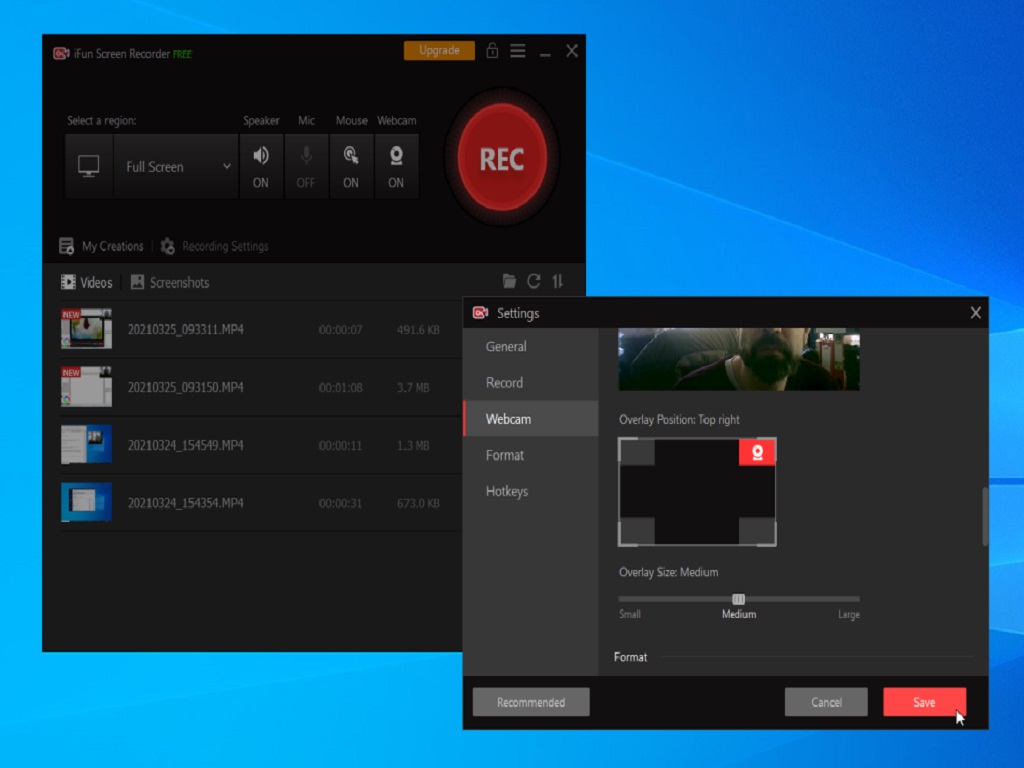 A free program that makes it easy to record any part of your screen. You can record your screen with sound and video from your use of a webcam. You can then edit the videos you’ve recorded and share them with your friends. This tool is great for recording work meetings because it lets you record the screen.

Step by Step Guide for Screen Recording with iFun

Once you’ve finished installing the best free screen recorder, you can easily record your screen by following the steps below. So, let’s jump on it!

Here are a few steps:

How iFun Screen Recorder is Helpful for Game Recording?

How the iFun Screen Recorder can help you record games. In the last few years, we have all seen the rise of gaming. The number of games and people who play them keeps growing a lot. Step by step, game influencers, game content creators, game decorations, and game facetime recording are all getting better.

They make a lot of money to support their passion by recording their real-time interactions and putting them on YouTube or other video-based websites.

You’ve come to the right place if you’re also a gamer and you’re looking for a good screen recorder that you can use to record videos while you’re playing.

I like IObit software because it’s fun to record gameplay. You don’t need anything to push to record gameplay on your computer. There is a premium version that you can use if you want to unlock cool features like Schedule Recording and the ability to edit watermarks to keep people from copying your work. The good things about this program won’t be missed. It works on Windows Vista, 7, 8, and 10. It is also small and light, which gives the device access mode.

With the new Recording Schedule, you can set a time for a game to start or stop recording on its own. You can also record game consoles that are hooked up to a PC.

Features of the iFun Screen Recorder

You can record videos as long as you like.

You can record anything you want on your screen. There’s no reason why you can’t record the entire screen. Just move the mouse to where you want to record, and it will help you record just that interesting part. Unlike other gadgets and apps, the free online Presentation recorder has a different way of recording the screen so that users can shape their recordings even more easily.

HD video with no watermark

There are many tools on the Internet that either record video without sound or add a watermark to it. Other than those devices, everything else needed to be downloaded and shown. iFun Screen Recorder offers a free screen recorder that can record in HD without a watermark.

It lets you add mouse click effects by making the cursor stand out and giving the mouse click actions animation. So, it is perfect for recording video conferences, webinars, lectures, presentations, games, etc.

When you want to save a video, you can choose from many different formats, such as MP4, AVI, FLV, MKV, MOV, TS, and GIF.

You can use the hotkey to take screenshots while recording.

With iFun Screen Recorder, you can record Minecraft, Player Unknown’s Battlegrounds, Roblox, World of Warcraft, and League of Legends, among other 2D and 3D games. You can record high-quality game videos at up to 60 FPS without the frames dropping.

There is also a simple video editor in iFun Screen Recorder that lets you trim, cut, and split the videos you record. Even though it is a light screen recorder, it uses GPU hardware acceleration technology to make video recording and editing faster and more stable.

It also gives different options for yield. You can switch out your recorded video in 12 different ways. You’ll choose the path that fits your needs the best.

In the same way, IObit also has a great resource called iFun Screenshot. With this tool, it’s faster and easier to take and edit PC screenshots.

Every screen recorder has its pros and cons, and you should know what they are so you can make a good decision. The pros and cons of the iFun recorder are listed below.

As we wrap up our review of iFun Screen Recorder, we can say that it is one of the best and most useful free programs that can be used for many different things. There are a lot of expensive screen recorders out there, but the iFun is the best choice because it has too many good features to be free.

In its free version, it has features like unlimited recording, HD recording, a customizable screen, an integrated webcam, and editing while on the go. These features are appealing to anyone who wants to make content on a budget. The iFun Screen Recorder has already won over users, whether they use it for personal or business purposes, and its future looks even brighter.

You can get the iFun Screen Recorder for Windows for free from Uptodown.

Does iFun Screen Recorder have a watermark?

With the iFun Screen recorder, you can record videos and share them on the main online platforms. You can record in high quality and without watermarks by selecting the area you want to record and letting the app do the rest.

What is iFun Screen Recorder generally used for?

Who are the main user groups of this service?

How do you record a PC game?

Is ScreenRec safe to use?

The private sharing link in ScreenRec is safe because all of your screenshots and screen recordings are encrypted. When you use the software, you’ll get free private cloud storage that is safe.

What free screen recorder do Youtubers use?