Are you looking for all new shows on Disney Plus in December 2022? When people think of the holidays, Disney is often one of the first companies that come to mind, and the streaming service plays that up. Every year, Disney+ has a section with holiday-themed content. This year, “The Santa Clauses” and other movies like “Home Alone” will be featured in that section.

But if you want a break from the Yule log, Disney+ plans to release a new series based on a popular movie series. “National Treasure: Edge of History” is the TV version of the 2004 movie starring Nicolas Cage and Diane Kruger. In the first season, Cage played a man who was looking for a hidden treasure that had something to do with the Declaration of Independence.

In the new series, a young woman gets a clue from the 1600s that might have something to do with her dead father. Mira Nair, who directed “Monsoon Wedding,” is in charge of the series, which will star Lisette Olivera and Catherine Zeta-Jones. There is a lot of talent in front of and behind the camera. Both Justin Bartha and Harvey Keitel will play their roles in the feature films. Bartha will be Riley Poole, and Keitel will be FBI agent Peter Sadusky.

In this article, we are going to talk about all the new shows on Disney Plus in December 2022.

All New Shows on Disney Plus in December 2022

All New shows on Disney Plus in December 2022 and other TV series you will find below:

“The Territory” gives an in-depth look at how the indigenous Uru-Eu-Wau-Wau people of the Amazon keep fighting against farmers and illegal settlers who are cutting down more and more of the forest.

With awe-inspiring cinematography of the landscape and richly textured sound design, the film takes viewers deep into the Uru-Eu-Wau-Wau community and gives them unprecedented access to the farmers and settlers who are illegally burning and clearing the protected Indigenous land. This movie has been ranked among the list of new shows on Disney Plus in December 2022.

Pentatonix: Around the World for the Holidays (Holiday Special) (Dec. 2)

The Cappella superstar group Pentatonix is having trouble coming up with ideas for their seasonal holiday album, and time is running out. Even worse, their manager, who means well but makes a mistake, accidentally locks them in a magic mailroom. But thanks to some Disney magic, we’ll soon be on a whirlwind tour around the world, learning about holiday traditions and getting ideas from Pentatonix fans in Japan, Grenada, Iceland, Ghana, and Mexico.

The trip makes the group realize that no matter where we are, the holidays are a great time to find out how much we have in common and that, after all, it is a small world. Because of that one of the best movies on new shows on Disney Plus in December 2022. 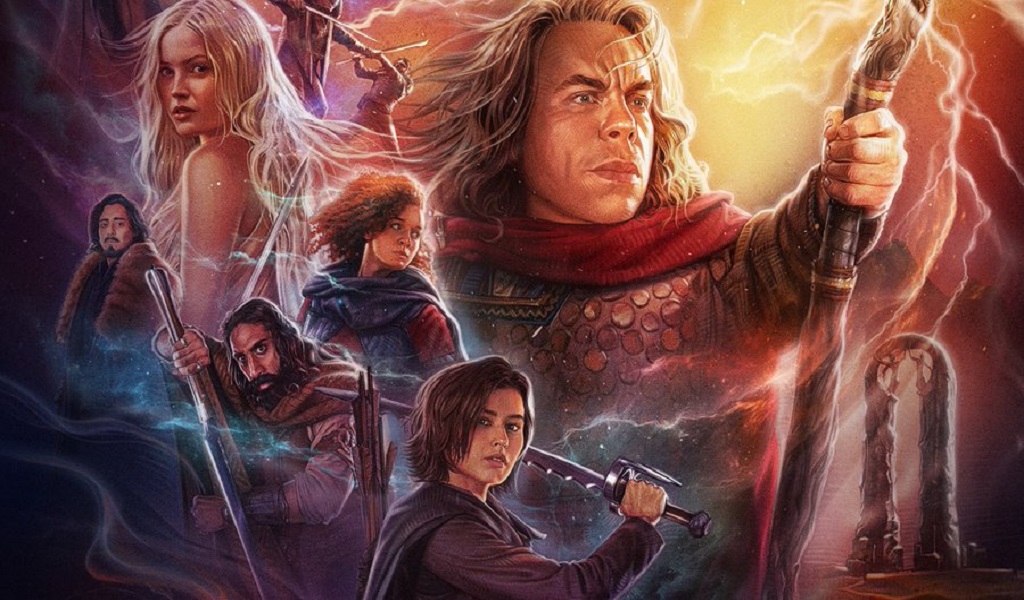 Willow is a series that is a follow-up to the movie of the same name from 1988. The first episode of the show came out on November 30 on Disney+ shows. Starting December 7, new episodes will come out every week. Willow tells the story of a group of mismatched heroes who go on a dangerous journey far from their homes and have to face their own demons and work together to save the universe. The group of explorers from the first movie is led by the Nelwyn sorcerer Willow Ufgood, who was played by the famous actor Warwick Davis.

On the 10th anniversary of Violetta’s release, Tini gets together with her former castmates to celebrate, giving her fans an intimate, one-of-a-kind, and unforgettable show. Tini, Jorge Blanco, Candelaria Molfese, and Mercedes Lambre gave the audience a night to remember with their new versions of five songs from the show. This movie has been ranked among the list of new shows on Disney Plus in December 2022.

This animated movie is the fourth in the Night at the Museum film series, and it is also the first animated movie in the series. It comes after “Night at the Museum: Secret of the Tomb,” a fantasy comedy film by Shawn Levy that came out in 2014. The movie is about Nick Daley, the son of Larry Daley, who works as a night guard at the Museum of Natural History. The bad guy from the second movie, “Battle of the Smithsonian,” Kahmunrah, is also in this movie.

The movie is based on Thomas Lennon and Robert Ben Garant, two made-up characters. The movie is made by Shawn Levy. It was first said to be in the works in 2016, but 20th Century Fox’s Stacey Snider later said that it would be a TV series.

National Treasure: On the Edge of History (Dec. 14)

In the series National Treasure: On the Edge of History, viewers will find a lot of action and mystery. A woman gives Jess Valenzuela a puzzle-like hint that leads her to a long-lost treasure. It turns out that everything is connected to the future adventurer of the dead father, which makes her want to solve the mystery even more. Jess will have to race against an antique dealer who is only interested in making money.

The tone of each episode of The Naive is very different. Julio Lopez is still living with his parents and going out with a girl. Also, he does everything he can to avoid taking responsibility for his life. Every day, he works for the group “Hugs Not Thugs,” which helps people who have been in trouble with the law get back on their feet. When Julio’s cousin Luis needs help, things get more complicated. When a former gang member moves in with the family, strange things start to happen.

Documentaries and New Shows on Disney Plus in December 2022 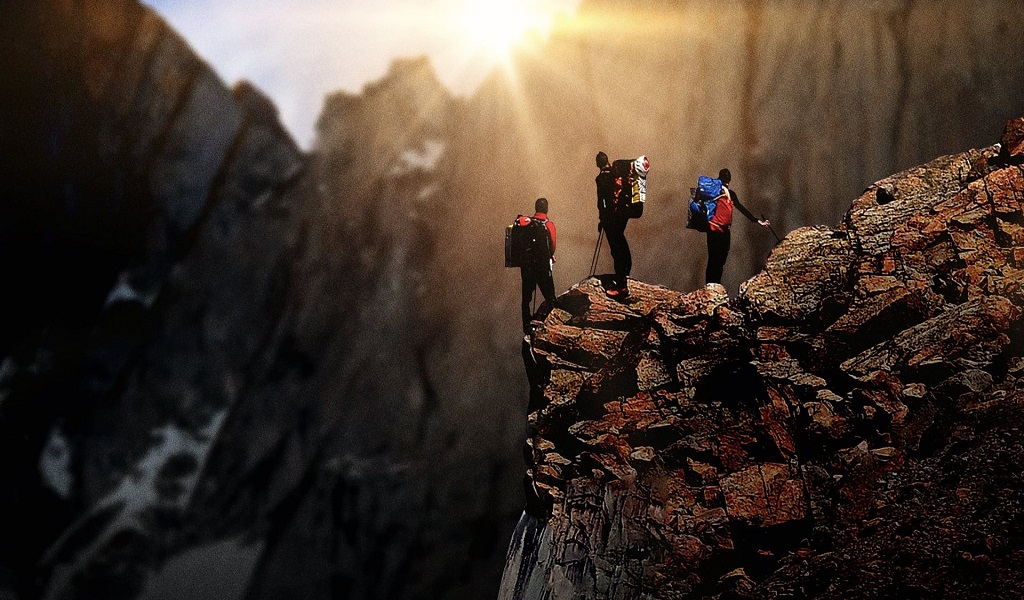 Sylvain Tesson is also in Patagonia as part of the mission of the French High Mountain Military Group. All of them are mountaineers at heart, so they have decided to climb the Fitz Roy range and jump out of a plane from the highest peak to honor Mermoz, Saint-Exupéry, and Guillaumet. So, This movie has been ranked among the list of new shows on Disney Plus in December 2022.

Idina Menzel: Which Way To The Stage? — December 9

The documentary follows Idina on an intimate journey as she juggles the challenges of being a working mom and wife with a tough travel schedule while getting ready to perform at Madison Square Garden. It includes never-before-seen performance footage and raw and honest interviews.

If These Walls Could Sing — December 16

In this personal film about memory and discovery, director Mary McCartney takes us through nine decades to tell the stories of some of the studio’s most famous recordings and the people who made them.

Best Animation on Disney Plus in December

Greg Heffley, a middle school student with a lot of anxiety and a knack for getting into trouble, keeps doing crazy things. This time, the focus is on his complicated relationship with his older brother, Rodrick. Now, Greg has to do one of the hardest things he’s ever had to do: spend a weekend alone with Rodrick and follow his growing list of rules. Because of that one of the best Hollywood movies on new shows on Disney Plus in December 2022.

It started on January 10, 2020, on Disney Channel. It was made by Dana Terrace. The Owl House is an American TV show about fantasy. The series is about a teenage girl from the Dominican Republic and the United States named Luz Noceda. She goes through a portal to the Demon Realm and meets Eda Cawthorne, also known as “The Owl Lady,” a rebellious witch. Her cute demon roommate was King, who lived on the Boiling Isles, a group of islands made from the bones of a dead titan. Even though Luz doesn’t have any magical skills, she finds a new family while working as Eda’s apprentice at the Owl House. 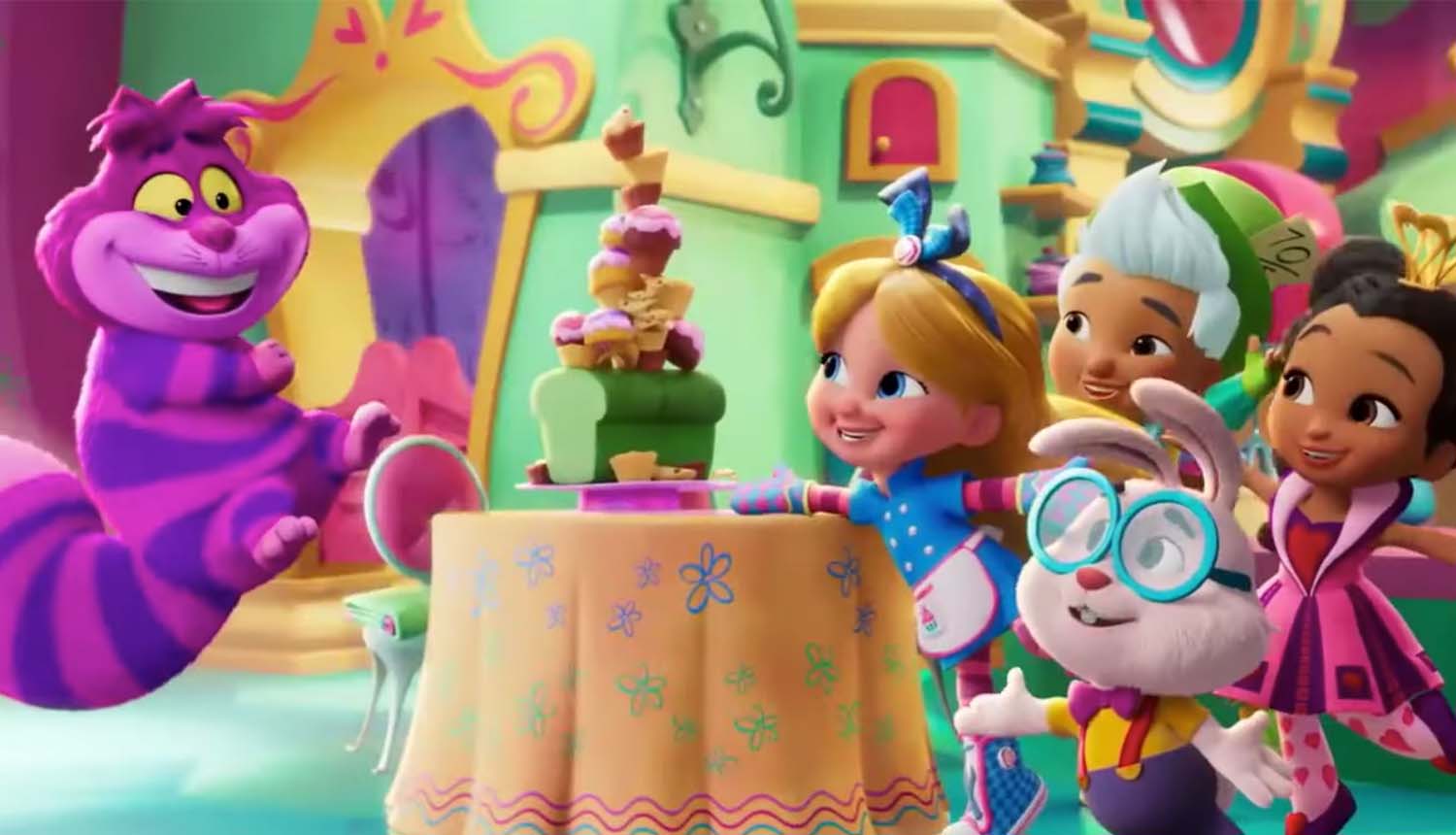 Alice’s Wonderland Bakery is a popular American computer-animated TV show that is based on a Disney cartoon from 1951. In this series, Alice, who is the great-granddaughter of the real Alice Pleasance Liddell, starts working at the Wonderland Bakery. She takes the white rabbit Fergie, the cat Hattie, and Rosa, the Princess of Hearts, with her on her travels around the kingdom to try new foods. Because of that one of the best movies on new shows on Disney Plus in December 2022.

More exciting things will happen in the next episodes of Gigantosaurus. Rocky, Bill, Tiny, and Mazu are four young dinosaurs who are always up for an adventure. They go on trips with their herd. Bill is the most afraid, Tiny is the smallest but most active, Rocky is the bravest, and Mazu is the most curious.

The four friends learn about things like star maps and flower hunting, but their main goal is to become more independent and do things outside of the safety of the herd.

All New Shows on Disney Plus in December 2022

New shows on Disney Plus in December 2022 and other TV series you will find below: