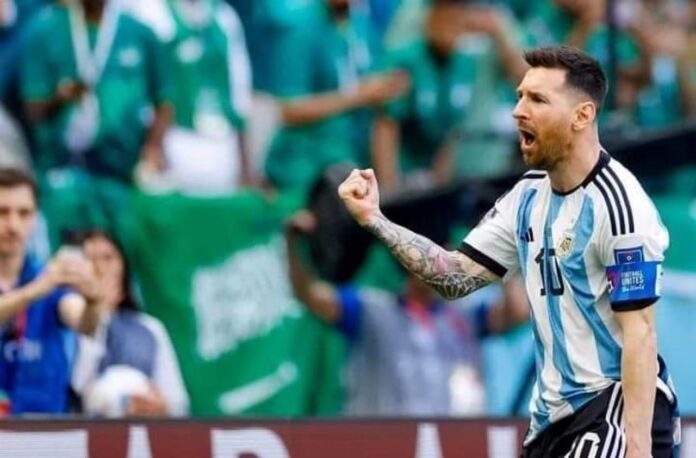 Julian Alavarez of Manchester City came on as a 63rd-minute substitute as Lionel Messi spurred Argentina to a key 2-0 World Cup victory over Mexico in Qatar.

Contents hide
1 If you feel interested
1.1 You can read more
1.2 Apart from the above articles

The Etihad striker was introduced with Argentina trying to create an impact in their second Group C match. Within 60 seconds of Alvarez’s entrance, Argentine captain Messi raised the roof of the Lusail Iconic Stadium with a magnificent 20-yard drive, breaking Mexico’s tenacious resistance.

It was Messi’s sixth consecutive goal for La Albiceleste and his eighth World Cup goal in overall, and none could have been more significant. Lionel Scaloni’s team clinched the match four minutes later as substitute Enzo Fernandez curled home a wonderful shot.

As the Copa America champions and Latin American flag bearers clashed, the atmosphere was tense. Argentina was looking to rebound from a 2-1 setback to Saudi Arabia last Tuesday, while Mexico was looking to build on a goalless draw with Poland in their first meeting.

With so much on the line, it was a spirited, hotly contested match, full of effort but lacking in clear-cut opportunities and genuine quality for the first half until Alvarez’s introduction.

The greatest chance of an uneven first half came on 44 minutes, when Argentine and Aston Villa goalkeeper Emi Martinez jumped acrobatically to gather a 20-yard free-kick from Mexican captain Alexis Vega. 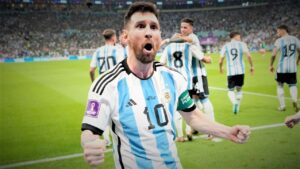 After the break, inspiration remained elusive until Messi, 35 years old and in his fifth and presumably final World Cup, reminded a global audience of his enduring genius. He took an initial step forward after receiving the ball 30 yards from goal before shooting low past Mexico goalie Ochoa inside the left hand upright.

Alvarez then broke quickly down the left side of the box and almost put Messi in again on 77 minutes, as the duo worked well together.

Argentina’s victory was sealed three minutes from time by substitute Fernandrez’s stunning first international goal, in which he slid inside the area before unleashing a spectacular curling right foot attempt. It means that everything is on the line in the final Group C matches on Wednesday.

Poland leads the way with four points, followed by Saudi Arabia and Argentina, both with three, and Mexico with one. Argentina will finish their group campaign against Poland, with the Mexicans needing to overcome Saudi Arabia and hope the Poles also win.