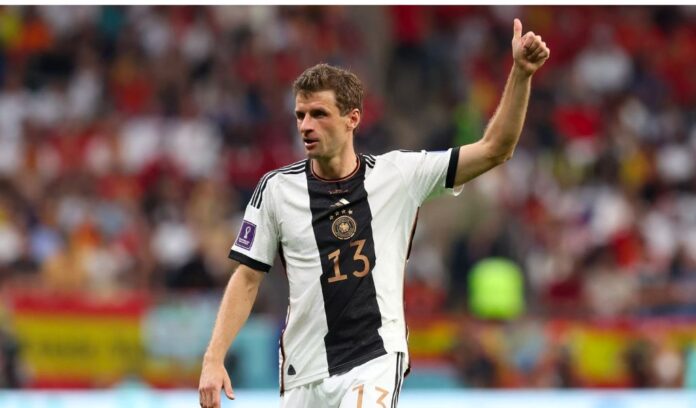 Niclas Fullkrug’s 83rd-minute equalizer handed Germany a World Cup lifeline as they made a draw 1-1 with Spain at Al Bayt Stadium.

Germany, the four-time World Cup winner, was trying to rebound from their shocking 2-1 setback to Japan, while Luis Enrique’s team was riding high following a 7-0 annihilation of Costa Rica in Group E.

Costa Rica’s stunning 1-0 win against Japan earlier on Sunday reduced the stakes significantly, but the atmosphere remained claustrophobic at times until replacement Alvaro Morata delivered an excellent finish from Jordi Alba’s 62nd-minute cross to net his second goal of the tournament.

Fullkrug, a Werder Bremen striker who made his international debut just 11 days ago, had a similar effect from the bench, lashing into the top corner after good work from fellow substitutes Leroy Sane and Jamal Musiala.

Hansi Flick’s men still have a lot of work to do if they want to avoid back-to-back first-round elimination for the first time in their country’s history. They already have an unwelcome first, as Germany has never ever failed to win both of their first two group games.

Die Mannschaft captain Manuel Neuer was making his 18th World Cup appearance, tying the tournament record for a goalkeeper. He demonstrated his tenacity in the seventh minute by deflecting a rasping Dani Olmo shot against the crossbar.

During an enthralling first half, both teams probed at each other, with Antonio Rudiger heading home for Germany and Ferran Torres blazing over from close range for Spain. Both of their attacks were called back due to offside.

Luis Enrique and Flick both used strikerless tactics to good efficiency, with Morata replacing Torres and making an immediate impact. The Atletico Madrid striker got in front of Niklas Sule and finished expertly with the outside of his right boot.

Fullkrug, Germany’s improbable hero, preferred raw force over the accuracy, smashing home across Unai Simon and high into the net.

Germany will advance if they defeat Costa Rica and Japan loses to Spain on Thursday. If the latter game is a tie, Germany must win by two goals or by one goal while scoring more goals than the Samurai Blue on the final matchday.