By beating Cristiano Ronaldo’s Portugal by a score of 1-0 on Saturday, Morocco became the first Arab country to make it to the semifinals of the Fifa World Cup.

In the 42nd minute, when Youssef En-Nesyri scored, Morocco shocked the tournament favorites by beating them.

France or England, who are playing each other later tonight, will be their opponent.

At the end of the game, Cristiano Ronaldo walked off the field by himself and was crying as he went down the tunnel.

His World Cup dream is over.

Ronaldo comes off the Bench 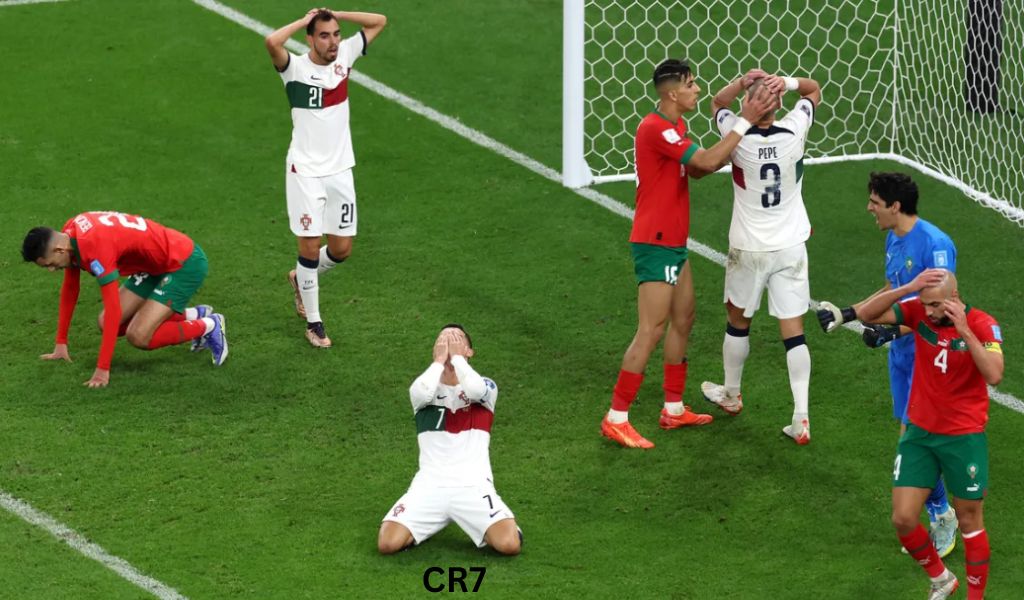 In the second half, Portugal’s Cristiano Ronaldo has come off the bench.

Ronaldo took the place of Neves in the 52nd minute. He plays in his 22nd World Cup, which is a record for men’s international play.

Cristiano Ronaldo couldn’t wait to get on the field. He was so excited that he almost skipped onto the field instead of running. His eyes lit up, and it was almost as if he told the manager, “I’m coming on now.”

On Saturday, Youssef En-Nesyri’s goal in the 42nd minute of the first half against Portugal gave Morocco a huge lead.

After missing two chances to score with his head, the Sevilla striker leaps high to beat Costa to a cross from the left by Attiyat-Allah. He heads the ball into the back of the net, which isn’t being watched.

Could Costa have done better? He was way out of position when he went for the cross, but En-Nesyri beat him to it.

This might be a shocking score, but it makes sense based on how the game has gone so far.

This is one of the best goals of the tournament. Morocco has been great with the ball. The play starts in the middle, with little one-twos, and the keeper is nowhere to be seen.

From a technical standpoint, they have been the better team in this game, so they should be up 1-0.

Joao Felix, a forward for Portugal, came close to scoring twice. He forced Morocco goalkeeper Yassine Bounou to make an early save, and his shot in the 31st minute took a slight deflection and just missed the goal.