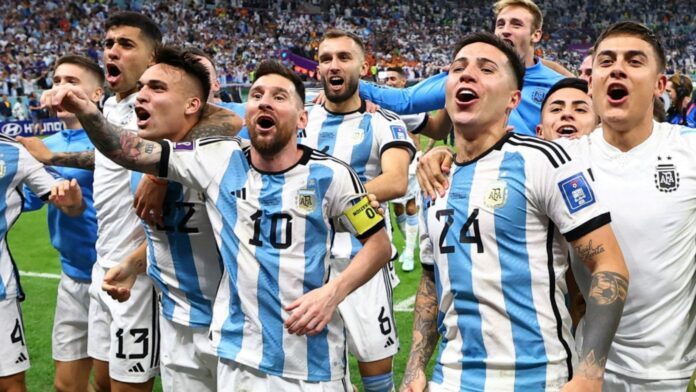 The match between Argentina and the Netherlands in the quarterfinals of the FIFA World Cup saw 16 yellow cards and one red card. It was one of the most controversial games in the tournament’s history.

Saturday at the Lusail Stadium, Argentina beat the Netherlands 4-3 to move on to the semifinals of the FIFA World Cup Qatar 2022.

The match was one of the most controversial in the history of the tournament. There were 16 yellow cards and one red card. Nine people on the Argentina team got yellow cards, including team captain Lionel Messi and manager Lionel Scaloni.

Two of the players who were booked, Gonzalo Montiel and Marcos Acuna, already had yellow cards. Because of this, neither of them will be able to play in the semifinal against Croatia.

Messi will be able to play in the semifinal match, even though he got his first yellow card of the tournament.

In Argentina’s quarterfinal game against the Netherlands, Nahuel Molina gave Argentina the lead after receiving a great pass from Messi. Messi scored the second goal from the penalty spot, but two late goals, including a stunning goal by Wout Weghorst in the last second, sent the game into extra time. 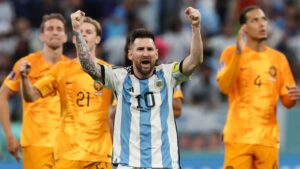 How many Yellow, and red cards have been shown by referee Antonio Mateu Lahoz in Netherlands vs Argentina?

During the quarterfinal between Argentina and the Netherlands, Antonio Mateu Lahoz has been giving out yellow cards left and right.

Messi, the captain of the Argentine team, had a lively conversation with the officials after the halftime whistle about the referee’s calls.

After all the action in the second half, the total number of yellow cards reached 18. This was more than the 16 yellow cards that were given out when Portugal played the Netherlands in the 2006 World Cup, a game that became known as the “Battle of Nuremberg.”