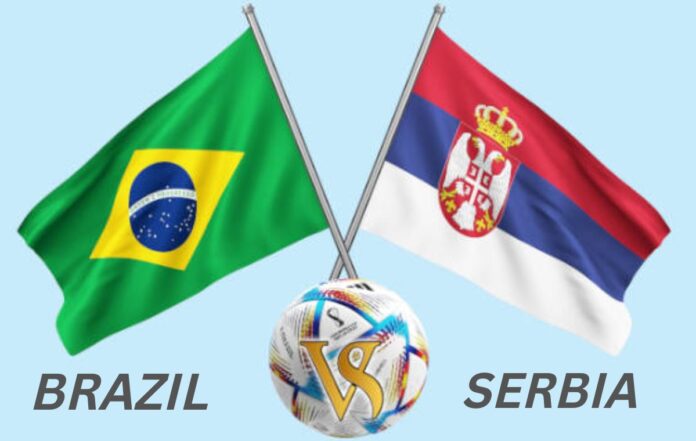 Many people think that Brazil is the most likely team to win the whole World Cup in 2022. On Thursday, they play Serbia at the Lusail Stadium, which is in Group G.

The last time these two teams met was in the group stage four years ago, when the Selecao won 2-0.

Brazil is the only team in World Cup history to have qualified for every tournament since the first one in 1930. They got to Qatar after a record-breaking CONMEBOL qualification campaign, in which they won 14 of their 17 matches and drew three. This gave them 45 points, more than any other team has ever gotten.

The Selecao rarely have trouble in qualifying, and they have also had a few problems in the group stage over the years. Since losing 2-1 to Norway in 1998, they haven’t lost any of their last 15 World Cup group games.

But it’s been 20 years since Brazil won its fifth World Cup in Seoul. Tite’s talented team, which is ranked number one in the world by FIFA, is under a lot of pressure to live up to the hype and do better than when they lost to Belgium in the quarterfinals four years ago.

Serbia will be the first team to test Brazil’s skills, but the Selecao are full of confidence going into Thursday’s game because they haven’t lost in 15 games across all competitions and have won their last seven games by a combined score of 26-2.

Brazil has won its last two games against Serbia without giving up a goal. The last time Tite’s team lost in any competition was in the Copa America final in 2021, when they lost 1-0 to South American rivals Argentina.

Since Serbia got its independence in 1990, it has lost in the first round of the World Cup three times in a row. This time, in Qatar, there is hope that Serbia will finally make it to the knockout rounds for the first time.

The Eagles, who are ranked 25th in the world by FIFA, did very well in UEFA qualifying. They won six of their eight games and tied two others, including a last-minute 2-1 win over Portugal in their last match.

Then, Dragan Stojkovic’s team got promoted to League A of the UEFA Nations League earlier this year. They did this by winning four of their six games and drawing one. In fact, the loss to Norway by a score of 1-0 in June was one of only two in their last 16 international games, in all competitions.

Stojkovic and his team have been playing well in Europe, but now they have to take that form to the world stage. They can’t start their World Cup campaign against a more intimidating team than five-time world champions Brazil.

Serbia has lost seven of its nine World Cup games, which is the most of any European country and just one less than Australia’s record of eight losses. If they want to get at least a draw on Thursday, they will need to show a lot of courage.

The odds suggest that this fight will be a mismatch, and it’s hard to disagree. Brazil is a global powerhouse that doesn’t back down when playing teams like Serbia. The Serbians have some good defensive potential, but they haven’t shown that they can beat one of the top favorites to win the World Cup.

Serbia also has trouble scoring at the World Cup. In their last nine matches, they have only scored six goals. I’m picking Brazil to win the first game of the tournament because they scored eight goals in 2018 and 18 goals in their last five international games.