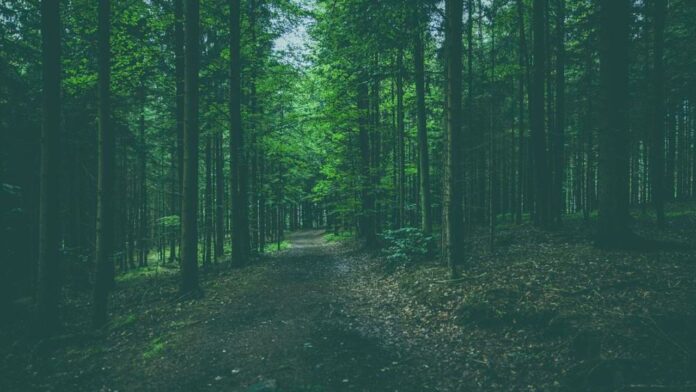 Germany is known for its cities and festivals, but there are also many rural and natural places to visit. For example, many Germans spend their summer vacations not only at the beach but also in one of the country’s many forests, hiking or spending the day at a nearby lake. Many native European tree species, like beeches, oaks, and spruces, live in German forests. Some German national parks even have forests that look like they did when they were first planted. But since trees cover almost a third of the country, it may be hard to choose the right forest to visit. Below, we’ll tell you about some of the most interesting ones.

The national park Bayerischer Wald is in Bavaria, right on the border with the Czech Republic. This park is the oldest national park in Germany. Together with the nearby park umava, it is also home to the largest protected forest area in Germany. Over a stretch of mountains, you can even find wetlands and areas of old-growth forest.

Even though the area was cleared of trees until the end of the 19th century so that charcoal could be made, the Prussians planted spruce trees in the Eifel. After the war, more work was put into reforestation, and Western Germany now has a landscape that includes not only forests but also grasslands, rivers, and lakes.

The Hainich national park is right in the middle of Germany. It is a UNESCO World Heritage Site that protects and honours the ancient beech forests of the Carpathians. The park was made so that the beech trees in the area could form a forest ecosystem like it used to be. The 310-meter-long canopy walkway is a local attraction that lets people see the forest from above the ground.

Many German myths and legends take place in the Harz forest, which is home to the famous Hexentanzplatz (witch’s dance floor) and the highest mountain in Northern Germany. For instance, there is even a unicorn cave nearby! A lot of wild German animals, like lynx and raccoon dogs, also live in the forest.

In the mountains of the Hunsrück range in western Germany, you can visit the Hunsrück-Hochwald national park. The forest is known for the many different kinds of birds and insects that live there.

The forestry national park Kellerwald-Edersee is made up of more than 50 different hills and is wrapped around Lake Edersee. It is home to many native European species, including rare plants and fungi like the clove pink flower. There is also a lot of interesting wildlife, like 15 of Germany’s 24 species of bats, woodpeckers, and 822 species of butterflies (page in German). It goes without saying that the forest is a haven for people who want to learn about German nature.

Even though the Schwarzwald, or black forest, is one of the most well-known forests in Germany and is thought to be one of the most beautiful forests in Europe, it has only been a protected area since 2004. A southern region is a popular place for tourists to go because they can do things like ski and mountain bike there. Part of the forest has also been named a UNESCO biosphere reserve as of 2017.

German cities are always worth seeing, but Germany’s nature and national parks offer a unique look at the diversity of middle-European forests as well as a lot of fun things to do on vacation.

It’s not surprising that more than half of the tourists in Germany are Germans who are travelling to other parts of their own country. Germany has something for everyone, whether you want to go mountain biking, enjoy winter sports, or just want to spend a relaxing vacation at a lake.