Science and TechnologyTechnologyWorld
By Tech Desk
May 16, 2022 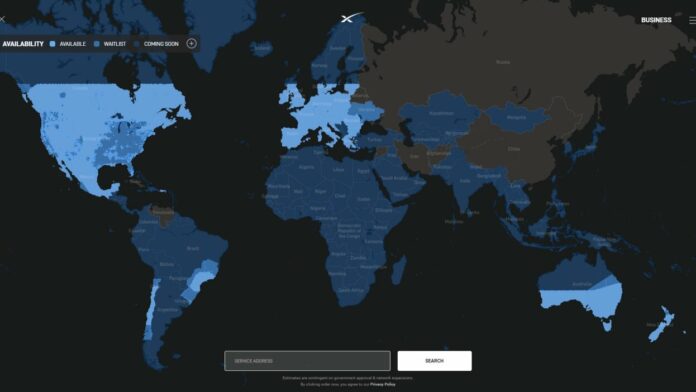 Starlink, the satellite internet service of Elon Musk, is expected to launch in Bangladesh by 2023, according to the website of Starlink, which is currently accepting pre-orders from Indian, and Bangladesh.

Brazil, Saudi Arabia, Pakistan, India, and Bangladesh are some of the countries marked as “coming soon.”

According to an official tweet by SpaceX, Musk’s spacecraft company and the manufacturer of Starlink, the broadband service is now accessible in 32 countries, including certain regions of the United States, Mexico, Germany, France, and Spain.

Countries marked as “available” on the Starlink map will receive their Starlink installation package immediately. There are also areas marked “waitlist” and “coming soon” on the map.

Starlink is now available in 32 countries around the world. People ordering from areas marked “available” will have their Starlink shipped immediately → https://t.co/slZbTmHdml pic.twitter.com/CecM1pkf5D

When entering Bangladesh as a pre-order service address on Starlink’s official website, the website displays a $99 deposit fee and a message indicating that Starlink plans to expand service to the region in 2023.

In addition, it includes the disclaimer that availability is contingent upon regulatory approval and that orders will be accepted on a first-come, first-served basis within each coverage area.

Starlink is a division of SpaceX that aims to provide global access to high-speed, low-latency internet. Reports indicate that Starlink services are particularly useful in remote areas and locations with limited Internet access.

Starlink uses satellites in the sky to improve internet connections. A satellite dish and a router are included with the purchase of a Starlink subscription. The user can then configure the devices to receive signals from space at home.

The dish can be installed on rooftops or in the backyard, and the router only requires connection. The installation of a Starlink home system is designed to be as straightforward as possible, with an Android and iOS app that assists users in locating the optimal location to mount the satellite dish.

In May of 2019, the first sixty Starlink satellites were launched into orbit. Since then, more than 2,000 Starlink satellites have been launched, and the global broadband service is now available in 32 countries. If Starlink’s claims are accurate, Bangladesh may receive their service as early as next year.

Apart from this. if you are interested, you can also read Entertainment, Numerology, Tech, and Health-related articles here: Alexa.com Alternatives, The Resident Season 6, Kraven The Hunter, One Punch Man season 3, The Resident Season 5, Yellowstone season 5, Ozark season 4 part 2, PUBG Redeem Code, Is Windows 11 Free, KProxy, How to play Xbox Games on PC, Ozark Season 5, How to cancel YouTube TV, Churchill Car insurance, The Rookie Season 5, Downloadhub, Ssr Movies, 7starhd, Movieswood, How to Remove Bookmarks on Mac, Outer Banks Season 4, How to block a website on Chrome, How to watch NFL games for free, DesireMovies, How to watch NFL games without cable, How to unlock iPhone, How to cancel ESPN+, How to turn on Bluetooth on Windows 10, Outer Banks Season 3,