So you want to be terrified? Are you genuinely scared? So, let’s watch 15 best horror movies on Netflix to be scared literally.

You’ve arrived to the correct location. Netflix has a ton of horrifying flicks suitable for blasting adrenaline through your veins and shivers down your spine, whether you’re looking for a slow-burn journey into lunacy or a sphincter-clenching ghost story.

This isn’t a guide to help you find the best horror movies on Netflix, but rather to point you in the direction of the movies that are most likely to chew you up and scare you out. Yes, there will be gore and jump scares, but there will also be intangible horror. These are the movies that you watch before going to bed.

Here are 15 of the best horror movies on Netflix right now, ranked from least to most terrifying.

You enjoyed Mark Duplass, didn’t you? Because he was the love interest in all those indie rom-coms, played that doctor in The Mindy Project, and is easily The Morning Show’s best character? Reconsider your position! Duplass plays a peculiar loner named Josef that freelance documentarian Aaron, played by writer-director Patrick Brice, can’t quite lock down in Creep, a found-footage film that foregoes pomp in favor of a raw sense of terror. Duplass’ acting is enthralling, and Brice imagines a scenario so engrossing that a sequel is a certain conclusion.

If you’re afraid of serial killers, party masks, or jump scares, this film is for you. Creep is now available to Watch on Netflix.

Without watching the complete Fear Street trilogy on Netflix, you won’t be able to properly appreciate it. Part 2: 1978, on the other hand, is without a doubt the scariest of the three films, reviving the murderous summer camp cliché popularized by films like Friday the 13th, Sleepaway Camp, and Cabin Fever.

Sadie Sink (Stranger Things) and Emily Rudd feature as sisters, one a counselor and the other a camper, battling a masked ax-murderer with a tragic past. This is both a wonderful sequel and a great stand-alone film in Fear Street’s mystery of the Shadyside Witch.

If you’re afraid of serial killers, curses, gore, or jump scares, this film is for you. Fear Street Part 2: 1978 is now available to Watch on Netflix.

Unfriended, directed by Levan Gabriadze, has been widely panned, yet I will defend it to the end of my days. Yes, the title is ridiculous. Certain aspects of the acting could be improved. Of course, that’s not how a typical mixer would treat a human hand. (Perhaps an immersion blender.) Even still, I defy you to watch this on a laptop without feeling something lurking behind your browser for days. It has a nice story, terrific pacing, and enough solid jokes and gore to make the comedy stand out.

If you’re afraid of ghosts, gore, or jump scares, this film is for you. What to look out for: Unfriended is now available to watch on Netflix.

Crimson Peak, directed by creature expert Guillermo del Toro, is a dark gothic fantasy that you’ll want to dive right into. Mia Wasikowska takes the lead as a 19th-century American heiress who is carried away to England by her dashing new husband, Tom Hiddleston. However, after the young bride gets at her groom’s family mansion, she begins to see visions of spirits. It doesn’t help that her sister-in-law, played by Jessica Chastain, regards her with an inexplicable dislike.

If you’re afraid of ghosts and gore, this film is for you. What to look out for: Crimson Peak is now available to watch on Netflix.

His House, written and directed by Remi Weekes, is easily my favorite scary Netflix film of 2020. Wunmi Mosaku and Sope Dirisu star as South Sudanese immigrants seeking asylum in the United Kingdom who are placed in an eerie neighborhood where they are not accepted. His House is spectacularly terrifying and fiercely critical of its subject matter, delivering everything it needs to — and then some.

It’s terrifying if you’re afraid of: Jump scares, haunted houses, and all-consuming guilt What to look out for: His House is now available to watch on Netflix.

Shutter Island follows U.S. Marshall Teddy Daniels (Leonardo DiCaprio) on his investigation into a facility for the criminally ill, which is surprisingly terrible for a Martin Scorsese film but generally fairly good. This is a one-of-a-kind adventure with a twist finish and plenty of jump scares that you’ll remember for a long time.

If you’re afraid of losing your mind or jump scares, this is a scary movie. What to look out for: Shutter Island is now available to watch on Netflix.

It was the haunting that set the universe in motion. Join Lorraine (Vera Farmiga) and Ed Warren (Patrick Wilson) as they try to figure out what demonic presence is bothering a sweet Rhode Island couple (Lili Taylor, Ron Livingston) and their five daughters at their new farmhouse. The Conjuring has a surprising amount of heart, and it’s packed with jump scares that will catch you off guard even if you’ve seen it before.

If you’re afraid of demons, exorcisms, or jump scares, you’ll find this scary. The Conjuring is now available to watch on Netflix.

The Perfection does anything it wants, from cellos and foreplay to hallucinations and mountaineering. This lively genre blend will get a reaction from you, starring Allison Williams in her best role since Get Out and Logan Browning from Dear White People in her best role ever. It wasn’t a good reaction, but it was a reaction nevertheless. It’s a mix of body horror, psychological thriller, occult drama, and classical music. With bugs, to be precise. As well as vomit. I, for one, thought it was fantastic!

If you’re afraid of cults or gore, this film is terrifying. What to look out for: The Perfection is now available to watch on Netflix.

The Last Key (2018) marked the end of the Insidious franchise, but the original remains an electrifying horror experience with some of the most memorable horrors ever.

Patrick Wilson, Rose Byrne, and Ty Simpkins play as members of a family who are possessed by a demonic force that isn’t about to give up without a fight. You’re losing out on the masterfully maintained tension and killer world-building if you’re a fan of director James Wan’s The Conjuring universe who hasn’t totally obsessed with this inter-dimensional terror feast yet. Let’s hope Insidious 5 can assist return this story to its gratifying start.

If you’re afraid of demons, other dimensions, or jump scares, this film is for you. What to look out for: Insidious is now available to watch on Netflix.

Veronica, though it doesn’t quite live up to its billing as “Netflix’s scariest” film, is a chilling experience from filmmaker Paco Plaza. Sandra Escacena plays Veronica, a young woman who is afflicted by a demonic presence after an unfortunate meeting with a Ouija board. This one is heavy on the jump scares, so brace yourself for a rush of adrenaline.

If you’re afraid of Ouija boards, devils, or jump scares, you’ll find this scary. Veronica is now available to Watch on Netflix.

The Ring, directed by Gore Verbinkski, may not stand up in all of the ways we’d like (the film’s purposefully jarring narrative tactics have aged more like continuity problems, frankly), but it’s still a crucial title in aughts horror history that’s scary enough to warrant a second viewing. In this film, Naomi Watts plays an investigative journalist who comes across a VHS video with a dark past.

If you’re afraid of cursed artifacts or jump scares, you’ll find this scary. What to look out for: The Ring is now available to watch on Netflix.

The Green Inferno, by far the most extreme movie on this list, takes a modernized approach to the cannibal genre established in the 1970s and 1980s by films like Cannibal Holocaust.

On their way to protest destruction in the Amazon, a party of students is kidnapped. From there, writer-director Eli Roth does what he does best: ramps up the gruesomeness of that simple idea to new heights. It’s a divisive and disjointed film, but if you want to feel anything, The Green Inferno will deliver.

It’s terrifying if you’re afraid of: Cannibalism, kidnapping, and a lot of blood The Green Inferno is now available to stream on Netflix.

The Strangers is a stark house invasion narrative that values plausibility above all else, based on one of humanity’s most widespread anxieties. Liv Tyler and Scott Speedman act as a traveling couple who are surprised by unexpected visitors at their lodgings. A slow-burn nightmare begins when the unknown visitors break into the house and refuse to leave.

Writer-director Bryan Bertino delivers a legitimately scary outing with The Strangers, which features some of the best jump scares in the business and the emotion to back them up. This is a film that should be watched with the lights turned off, the volume turned up, and the door shut.

Blood Red Sky on Netflix is one of those horror films that benefits from knowing as little as possible going into it, so I’ll try to say as little as possible to entice you to see it. This action horror adventure, directed by Peter Thorwarth, who also co-wrote the script with Stefan Holtz, blends the greatest parts of Flight Plan with hints of A Girl Walks Home Alone At Night. Star Peri Baumeister is totally beautiful as a lady seeking to defend her son from hijackers aboard a transatlantic voyage.

1922 is a film directed by Zak Halditch and based on Stephen King’s novella of the same name. It explores classic themes of guilt, envy, and evil through the prism of the American Dust Bowl. To dramatic effect, Thomas Jane and Molly Parker square off, portraying a depiction of a marriage that is both remarkably ludicrous and nauseatingly plausible. Dylan Schmid’s portrayal of the couple’s son is equally gripping, with a devastating plot you won’t soon forget. 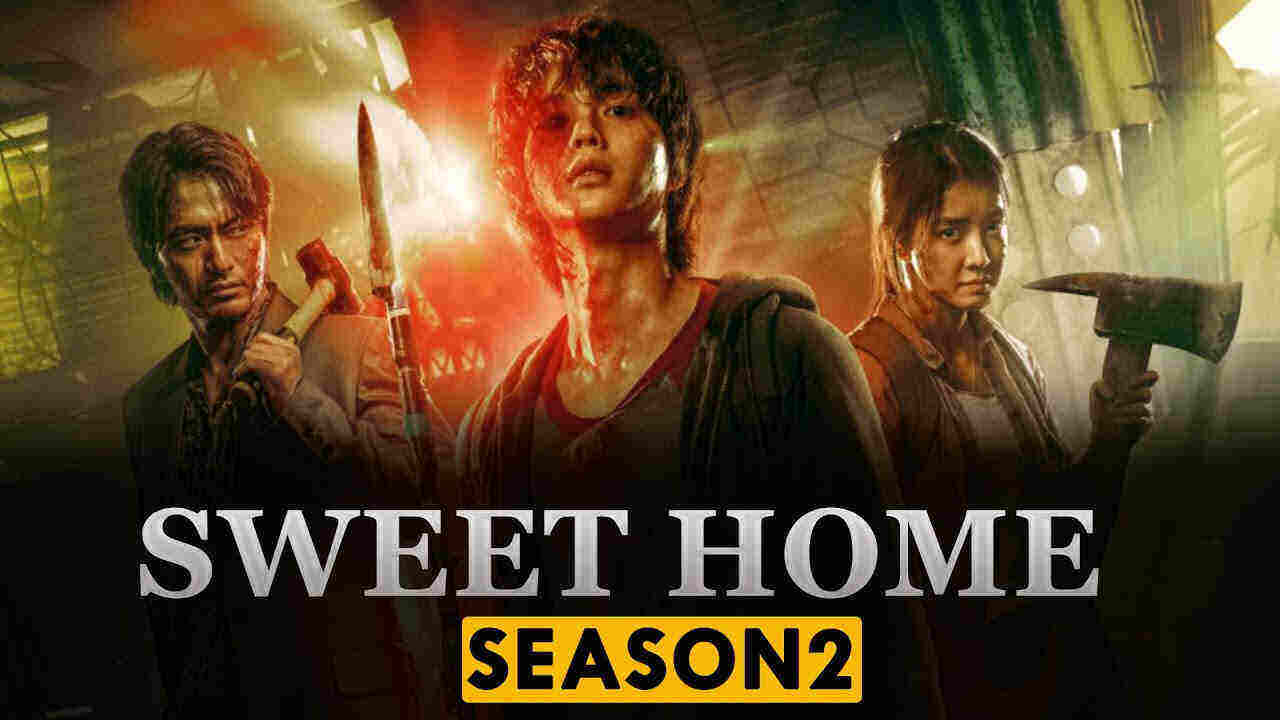 How to Take Care of A Wig Between A Wash And Another?