Jack Ryan Season 3 is officially underway. In the second season, Jack Ryan and James Greer are back together: the former went to Venezuela to investigate an illegal arms shipment to the country. The latter, who started in Russia, went to South America, where he met his former partner.

The two men quickly discovered that their individual missions were interconnected, and thus their joint venture was born.

After a series of mishaps – Max Schenkel tried to drown Ryan in a bathtub, and Greer was taken hostage by President Reyes – both make it out alive.

Long live the Ryanverse! John Krasinski and his version of Tom Clancy’s character Jack Ryan will have a third go-round on Amazon, which has already pre-ordered Jack Ryan Season 3 in February 2019. But the announcement came with some behind-the-scenes intrigue.

David Scarpa, an American screenwriter, was going to be the new showrunner of the Jack Ryan series, but he quits. Then, Paul Scheuring, best known for being the creator of Fox’s “Prison Break” series, was to replace Scarpa starting in season three. All of these showrunner changes complement the departure of Carlton Cuse, producer of Lost, and Bates Motel. He earlier initially developed a Tom Clancy revival for TV with co-showrunner Graham Roland, stepped down as showrunner in 2019, Deadline reports. Both Cuse and Roland will remain executive producers.

According to The Hollywood Reporter, Scheuring has decided to step down as showrunner after finding that the job was not a good fit for him. Interestingly, he decided to pursue graduate school instead of directing Amazon’s streaming series. The new showrunner, Vaun Wilmott, previously worked with Scheuring on the Prison Break series. He was also the creator and producer of the SciFi Dominion series.

Jack Ryan fans have long been waiting for a third season since production on the series was halted due to the coronavirus pandemic. Fortunately, it should be available soon.

Jack Ryan Season 3 does not yet have a premiere date, but we’ll keep you updated. The previous two seasons of the Jack Ryan series aired in the fall. Since filming on the series will not begin until 2021 due to the Coronavirus pandemic, it will most likely be late 2021 or early 2022.

The newest addition to the cast of Jack Ryan Season 3 is Marianne Jean-Baptiste of Blindspot. According to the Deadline, Jean-Baptiste will play Elizabeth Wright, the CIA’s chief of staff.

In Jack Ryan, John Krasinski plays a former Marine who becomes a CIA analyst tasked with tracking the finances of terrorist organizations. Wendell Pierce joins Krasinski as CIA agent James Greer. Michael Kelly of House of Cards, Noomi Rapace of The Girl with the Dragon Tattoo, Jovan Adepo of Infiltrators, Jordi Molla of Genius, Cristina Umaña of Narco, and Francisco Denis are part of the cast of Jack Ryan Season 2. Of this group, Kelly, Adepo and possibly Rapace seem the most likely to stay on for the Jack Ryan Season 3.

No word yet on whether Katie Mueller from the first season will return to the series.

The character of Jack Ryan was created by writer Tom Clancy first appeared in 1984 in his novel — The Hunt for Red October. To date, there are 32 novels most written by Clancy starring Jack Ryan or his friends in the Ryanverse, with several more in the works. The character has appeared five times on the big screen, played by Alec Baldwin, Harrison Ford, Ben Affleck, and Chris Pine. Krasinski has been in the series since the Jack Ryan Season 1 and is now the longest-running Jack Ryan.

The first two seasons of Jack Ryan dealt with internal threats from Islamic extremists and corrupt elections in Venezuela. So, what complex geopolitical situation will Jack have to deal with in Season 3? There is no shortage of options.

But what’s in store for the next chapter? Here’s everything you need to know.

Jack Ryan Season 3 premiere date: When does it start?

The first season premiered in August 2018 and the second season will premiere in October 2019. But it is still unclear when we will get a third season, given the unpredictable consequences of the current global situation.

“For all eight episodes, we’re shooting on three continents with four different directors and often with two or sometimes three crews at the same time,” showrunner Carlton Cuse told The Hollywood Reporter.

And in case you need an idea of how long it takes to work on a series, here’s what Cuse told TV Insider about the first season: “It was a huge job. It’s like editing a big movie…. It’s like an eight-hour movie.

They spent the first years and a half writing it. Then it took a year and a half to shoot in five cities on three continents, he said.

Executive producer Graham Roland added, “We really had to visit these places. We couldn’t fool the audience.

Jack Ryan season 3 shooting: has it started and where?

As we have said, COVID-19 has marked not only Jack Ryan but also TV series and movies. Deadline reports that shooting is expected to begin later this year, but some reports have suggested that cameras would start closer to the end of 2020.

In any case, we do not expect to see images until the end of the year at the earliest, but it is more likely to be in 2022. So far, the series has been filmed in many locations, such as the UK, Colombia, Russia, Canada, Morocco and the US, so we can expect the same diversity in the upcoming episodes.

Jack Ryan season 3 trailer: When will I be able to see it?

Not yet. Trailers are usually released the month before the premiere, so when we know the all-important dates, we’ll have a clear idea.

In the meantime, you can watch the trailer for the Jack Ryan Season 2 above.

Jack Ryan Season 3: how many episodes does it have?

The first two chapters had eight episodes each, so we can expect the same for the third chapter.

We already know that John Krasinski will reprise the role of Ryan. Roland told Variety that, when it came to casting the lead role in the series, there was only one person.

“He was the first one we turned to,” Roland said. “Jack Ryan’s superpower is his tenacity, his determination, and, most of all, his spirit. I think John has that. He’s a very smart guy … and it shows in his game. And he’s also a top-notch guy.

“He has that affinity, that Tom Hanks factor. He can play a classic hero that you can really relate to.”

And Krasinski himself is a big fan of what the series has done with the source material. “The reason I originally signed on to do the show … I think it was really the first opportunity to bring the idea of Tom Clancy’s novels to life, because his novels are so dense and super-detailed,” he said in an interview.

He added, “It’s not the moral ambiguity, it’s Jack’s moral development and his character’s understanding in the first season that things are never going to be black and white. I think that’s something we really develop in season two.”

Even more, expansions are expected in Season 3. It appears that James Greer of Wendell Pierce is finally done with fieldwork, given his heart problems that were a constant source of confusion in the second season.

“It gave me a lot of personal conflicts to play throughout the season, and that’s what all actors are always looking for in scripts, and that’s layering,” he told GoldDerby.

You could say that he has earned a good seat at the table after his time in captivity.

If Greer is likely to take on a more managerial role when Pierce signs on for the new episodes, could that open the door for Jack Ryan’s new campmate? Deadline also reports that Marianne Jean-Baptiste of Blindspot will play Elizabeth Wright, the station manager.

More names will appear in the coming months.

There’s also the mystery of Dr. Katie Mueller, played by Abbie Cornish, who was absent in Season 2. Could she return? Her story seems unfinished and the great mass of fans want to know what happened to her.

Speaking to Digital Spy about whether his wife Emily Blunt might appear in future episodes, Krasinski said, “I’m pretty sure she won’t. I’m pretty sure she won’t. It’s one of those things. It’s one of those things: we’ve always – I mean, before ‘The Quiet Place,’ we’ve always kept our work separate, which is really funny because, at the end of the day, I’m really her biggest fan. Or fortunately, I’m one of their biggest fans.

“So I like to not know too much about what he’s doing so I can watch it and celebrate it and you know, like I know for sure now, I saw Mary Poppins for the first time and I cried for about 45 minutes straight.” She didn’t cry when she saw Jack Ryan.

“But no, I think that’s what we really like to celebrate each other’s work. So it’s hard to mix the two. I think ‘The Quiet Place’ was unique because we were married and playing a married couple.”

But we know that Cuse, who worked with Roland on seasons 1 and 2, has turned down the role. He will remain as executive producer, but his contribution will be significantly less. No reason was given.

Variety reported last October that “Prison Break” creator Paul Scheuring would replace him. The decision comes after David Scarpa of The Last Castle — the 2008 remakes of “The Day the Earth Stood Still” and “All the Money in the World” was initially hired but ultimately turned it down.

But according to Deadline, “after trying out for the role of Jack Ryan, [Scheuring] decided it wasn’t for him and asked to be let go.”

Screen Rant has unveiled a deleted scene from the second season, which has been released on Blu-ray disc and DVD, that may hint at what’s planned for the next episode. Jack Ryan arrives at Greer’s office, where he asks an analyst and an agent to lead the team he is putting together.

“I have good people,” he said. “Are you interested?” Jack smiles, indicating his agreement. It’s far from groundbreaking, but it’s a hint that Greer and Ryan will get back together one way or another.

There is also a big question we have pondered: will the protagonist eventually meet his maker?

Jack Ryan: How long will the series last?

However, Cuse is not one to play guessing games with the plot. He prefers fans and writers to take things as they come, and if it’s up to him, the series will continue beyond season four.

“I think the franchise has a lot of future,” Cuse told IndieWire. “There will be a lot more Jack Ryan episodes. I think it’s hard to get too far ahead of Jack Ryan because I think the whole point of the series is to tell these contemporary geopolitical thrillers.”

Ryan concludes in the White House in the books, but you can’t expect a big-time jump in Jack Ryan Season 3. “In the Clancy books, he goes from being an analyst in The Hunt for Red October to the president of the United States,” Cuse told IndieWire. “And I thought the sweet spot was when he goes from analyst to field agent for the first time.”

Cuse said: “That’s the part that I found most traumatic and most upsetting. In our version, it’s like the story of everything that happened. He only worked at the CIA for four years, which is less than what’s in the books.”

Apart from this, if you want to know about Young Justice season 4, Shield Hero season 2, Salvation season 3, the feed season 2, Taboo season 2, how to share Netflix account, you can read them from our Entertainment and Technology category. 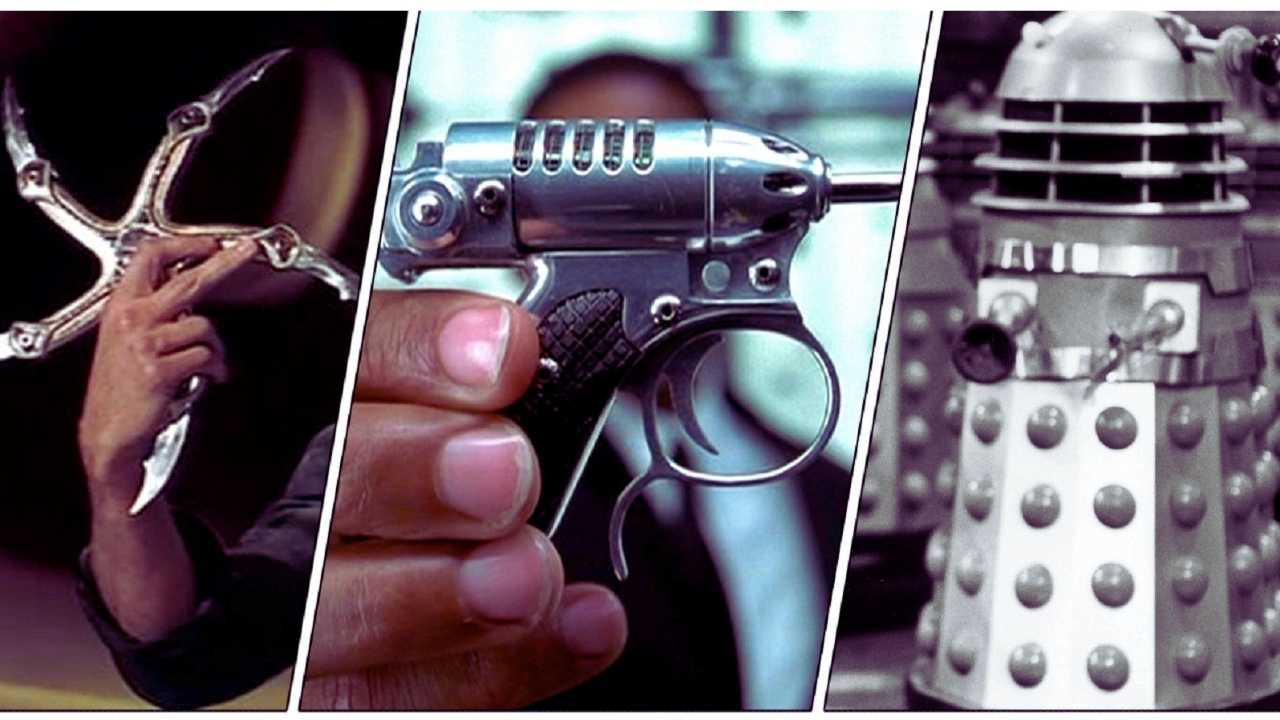 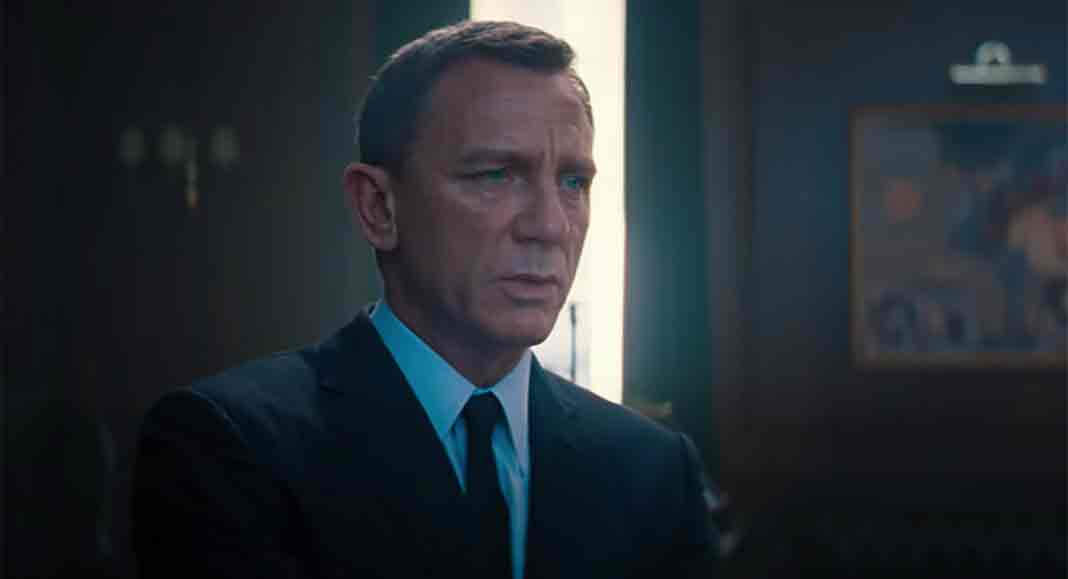 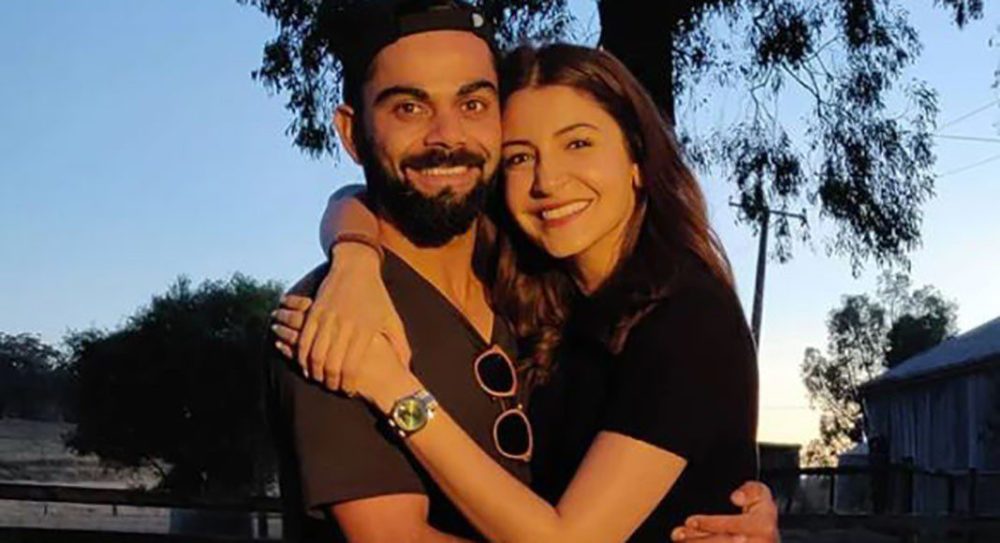 Why It is Challenging for Students to Buy Online Assignment Help Services?