Good Omens Season 2 fans will never see this episode in the future. Neil Gaiman, screenwriter, and showrunner of the series and co-author, with the late Terry Pratchett, of the novel on which the series is based, was initially very clear about this. The great thing about Good Omens is that there is a beginning, a middle, and an end. So the good omens season 1 is Good Omens. It’s great. And it ends. There are six episodes and then it ends.

But since then, fans of the series, which follows the unlikely pair of angel Asiraphel (Michael Sheen) and demon Crowley (David Tennant) as they work together to find the Antichrist. Also, they thwart the plans for Armageddon, may have gotten some hints – well, some positive hints – about a possible second season. “It’s all in Neil’s hands right now, but we’d love to do it,” Amazon spokesman Vernon Sanders told Deadline in 2019.

Lately, Gaiman seems resigned to that possibility. “At the moment, the problems of creating more Good Omens are problems of time and peace, not desire,” Gaiman told Radio Times in 2020. “I would like to write more Good Omens. I’d like Crowley and Azirafalea to do something together.”

Will there be Good Omens season 2?

Gaiman has spoken several times about the possibility of Good Omens season 2, but there is still no official announcement.

On the set of Good Omens 2017, the showrunner told RadioTimes.com, “Terry and I also thought about doing a sequel to Good Omens, which we never did. It was about where the angels really came from, so adding more angels including Gabriel John Ham was pretty easy.”

“By offering this story, we know that if people like it, if there’s time and desire, we can come back and do a lot more.” However, later in March 2019, shortly before the first series aired, Gaiman speculated that there would be no Good Omens season 2 series after all.

“The best thing about the novel ‘Good Omens’ is that it has a beginning, a middle and an end,” he said at SXSW in Austin, Texas. “Good Omens is the first season of Good Omens, a TV series. That’s awesome. That’s it. So, you get six episodes and it’s over. We’re not going to try to make this whole thing go on indefinitely,” he said.

But lately, Gaiman seems to be burning with the idea again, saying in an exclusive interview with RadioTimes.com that he would “love” to write a new Good Omen in the future.

I think it’s fair to say that there is no one in the world who doesn’t want more Good Omens,” he said. Right now, the problems of creating Good Omens Season 2 are problems of time and peace, not desire, he added.

“I’d like to write more Good Omens. I’d like Crowley and Azirafalea to do something together. Seeing Michael and David on Staged gave me a lot of joy, a strange, proud, semi-parental joy, because I thought, ‘These are my boys. I put them together – and look at them!”.

“It also made me think, I really need to do something about more “good signs”. Because, honestly, I need David to come back with his sunglasses and Michael, clean-shaven and white-haired, to be Aziraphale again. “

The good news is that, although nothing has been officially announced yet, it seems that Gaiman is still willing to write something else like Good Omens Season 2.

Who are the cast members of Good Omens season 2?

The long-awaited casting for the lead role in the new season of Good Omens Season 2:

Another long-awaited review of the new installment of Good Omens season 2:

Despite the shocking end to the first season, it’s hard to imagine the second season of Good Omens without its leads, Sheen and Tennant. Their believable chemistry as enemies who have known each other since the beginning is a huge asset to the series, and trying to replicate it with any other pairing would be foolhardy.

The psychic, Madame Tracy (Miranda Richardson), and the magician, Sergeant Shadwell (Michael McKeon), retired together at the end of the first season, but in theory, they are still available when called upon to work.

Is there a plot for Good Omens Season 2?

Neil Gaiman and Terry Pratchett have to decide what might happen and who might return once again. Given that both characters and their friendship survived the Good Omens season 1. There is more or less a blank slate on which to project the events of the second season. Executive producer Gaiman has teamed up with writer Terry Pratchett to design a sequel about the origin of the angels. So it’s likely to be tied to some kind of origin story.

In 2017, the Good Omens showrunner told Radio Times, “Terry and I also thought about doing a sequel to Good Omen, which we never did. “It was about where the angels really came from, so adding more angels [including Gabriel John Ham] was pretty easy.”

When will the second season of Buenos Presagios premiere?

It is currently unknown when Good Omen Season 2 will be released. A TV insider said, “The novel and the series have become truly iconic, so fans will be excited about this sequel.

“Although the first series encompassed the whole of Good Omens, the directors will continue the plot well beyond what was originally written by Sir Terry. “But it’s a technique that has been used well on television and has been popular in the past. While the directors managed to keep the spirit of the original.”

But Good Omens Season 1 fan, who want more fights between Azirapheil and Crawley. They currently have another option to turn to. In the BBC pandemic comedy Staging, Sheen and Tennant play fictionalized versions of themselves who are persuaded to continue rehearsing via videoconference the play they were working on before the shutdown. The series already has a second season following them, while its director Simon Evans is shooting an American version of the original series that will replace them.

Even Gaiman agrees that this is the best thing that could have happened: “Seeing Michael and David on Staged gave me a lot of joy, a strange, proud, semi-paternal joy, because I thought, ‘These are my boys. I put them together. And look at that,” he said in an interview with Radio Times. Does it look like he’s going to miss the chance to see them together again?

What happened in Good Omens Season 1?

Set in 2018, the series follows the demon Crowley (David Tennant) and the angel Aziraphale (Michael Sheen), old acquaintances who become representatives of Heaven and Hell after adapting to life on Earth.

They strive to prevent the coming of the Antichrist and with him Armageddon, the final battle between heaven and hell. 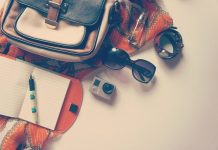 Travel Tips: Going on a Trip in Monsoon, So Pack Your... 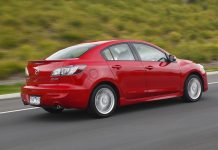 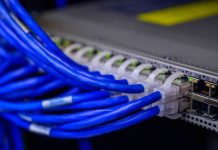 Beginner Guide to Different Types of USB Cables and Ports 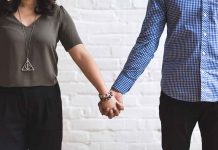 A Gateway to Unimaginable Pleasure