A cartoon is media that is naturally unlimited. Because it isn’t confined by our reality or even our physics, it can communicate in ways that humans in front of a camera can’t. In the world of cartoons, only the writers’ and animators’ imaginations limit what they may do. Stories may be more expansive, wilder, darker, and imaginative than anything constrained by the gravity of our reality. Can you tell we’re big fans of cartoons? We are huge fans of cartoons.

Contents hide
1 The Mitchells vs. The Machines
2 The Dragon Prince
3 BoJack Horseman
4 Surf’s Up (2007)
5 Yasuke
6 Hilda
7 She-Ra and the Princesses of Power
8 Avatar: The Last Airbender and The Legend of Korra
9 Big Mouth
10 Fullmetal Alchemist: Brotherhood

So we compiled a list of the best cartoons on Netflix, animated shows, and movies, ranging from kid-friendly favorites to gruesome excursions for the moodiest of us. That sounds like a vast selection of options, and it is. People, cartoons! They are capable of achieving anything!

The Mitchells vs. The Machines

Take your typical family road trip comedy, add a robot apocalypse, and sprinkle in a smattering of meme-worthy filters, doodles, and GIFs, and you’ve got The Mitchells vs. The Machines: a truly fun-for-the-whole-family feature that hinges on whether an artsy teen (voiced by Abbi Jacobson) and her Luddite father (voiced by Danny McBride).
Come for the humor about our impending AI-driven dystopia, and stay for the heartfelt Mitchell family moments.
We may never be able to listen to T.I. and Rihanna’s “Live Your Life” without crying again.

The Dragon Prince is a fascinating and exciting fantasy epic full of dragons, magic, and malevolent courtiers, set in a colorful fantasy universe. A journey to mend the divide between their two peoples brings together a young, idealistic human prince, his compassionate half-brother, and a humorous elf-assassin. They and their friends are incredibly relatable, thanks to the fact that the show permits them to make mistakes and alter their minds. It takes a lot of grace and a lot of quirky jokes for a cartoon to examine the complexities of the human condition while still delivering a grand magical set-piece in under 30 minutes, but The Dragon Prince does it with grace — and a lot of whimsical quips.

Do you need another incentive to tune in? The array of characters in The Dragon Prince spans a wide range of skin color, sexual orientation, and physical ability, and they are all treated with plain, almost banal respect by those around them. The Dragon Prince is one of the few shows in the fantasy genre to get diversity right, and this casual normalization of under-represented races takes the show from good to excellent.

BoJack Horseman, the king of adult animation, requires no introduction. The show has received several Emmy nominations and was a critical favorite for most of its six-season run. BoJack follows a washed-up actor (and horse!) seeking to make a comeback while battling addiction in a world where animals and humans coexist. While the cast deserves its own article (Will Arnett, Alison Brie, Paul F. Tompkins, and Aaron Paul, to name a few), the show’s commitment to reality is one of the reasons it has remained a fan favorite. It addresses difficult issues like melancholy, misogyny, trauma, and more with grim honesty — which makes characters like Princess Carolyn, a talent agent (and cat) all the more compelling (Amy Sedaris).

The only reason you could have for not watching BoJack for so long is some kind of misguided protest against the dozens of individuals in your life who have insisted you do so. Sorry for the inconvenience, but it’s time to let go. Accept it and move forward. BoJack is just as captivating as your pals say it is.

Cody Maverick, a young Antarctic penguin, has aspired to be a professional surfer his entire life, but does he have what it takes? Of course, not before a Karate Kid-style training session! The mockumentary format of Surf’s Up sets it apart from previous CGI family films, complete with penguin confessionals. Shia LaBeouf is charming as Cody, but the star of the show is Jeff Bridges, who plays Cody’s burned-out beach bum teacher in his most Jeff Bridges role (apart from The Big Lebowski). Surf’s Up is a fantastic choice for your next movie night – kids or no kids! It’s hilarious and surprisingly grounded for a movie about penguins riding surfboards.

The narrative of Yasuke, a real-life 16th-century Black warrior, inspired this LeSean Thomas original animation series.
We piece together the events that prompted Yasuke (LaKeith Stanfield) to quit his warrior life and seek refuge in a tiny hamlet through flashbacks. Impending peril leads him to pick up his katana again in the present, after years of isolation. This alternate reality story of an actual historical individual is gloomy, well-paced, and fascinating, set in a mysterious feudal Japan and enhanced by a fresh soundtrack from Flying Lotus. Yasuke is a cool gift for adults who enjoy anti-heroes and amazing sword fights, yet it is way too heavy and brutal for children. 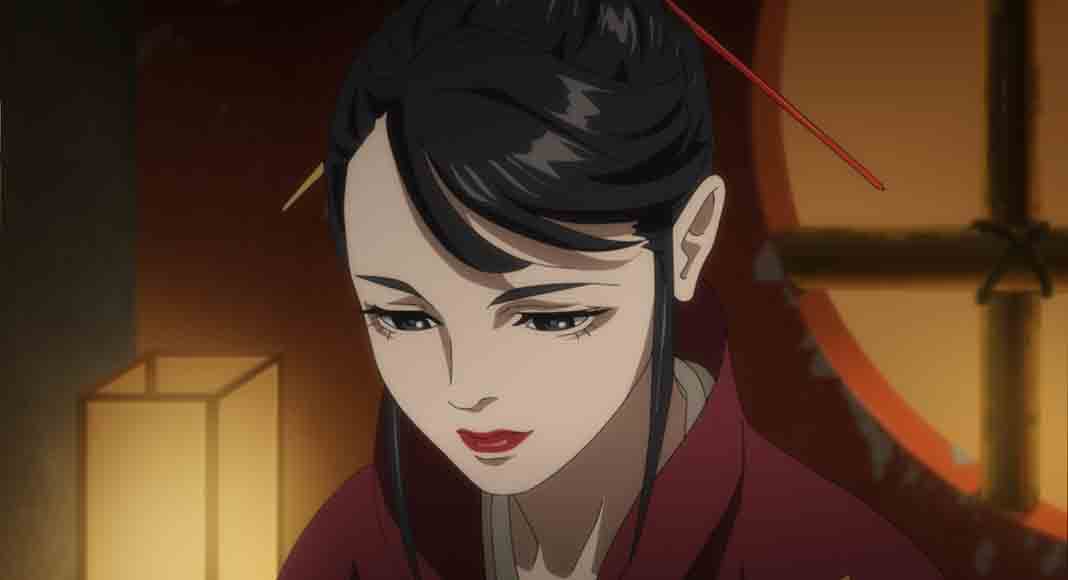 Simply said, Hilda is a stunning display. This charming narrative, based on a graphic novel series, follows Hilda, a young blue-haired girl, on her infinite adventures in a modern yet fantastical Scandinavian setting.
She’s bright, caring, and has an uncanny ability to make friends with a wide variety of wild animals, each one more inventive than the last. Hilda’s distinct sense of style distinguishes it from other animated series. Hilda, dressed entirely in autumnal hues, isn’t afraid of silence, and will frequently pan gently across a beautifully sketched hillside between scenes. The end result is mesmerizing, with each new picture evoking a sense of awe. You don’t have to be a youngster to enjoy this charming and reflective show!

She-Ra and the Princesses of Power

If the opening sequence of Dreamworks’ She-Ra and the Princesses of Power doesn’t enthrall you, then you’re probably dead inside. The 30-second start is a flurry of unashamed femininity —horses, rainbows, and stunning hair — set to a pounding call to action: “We must be strong!” The juxtaposition demonstrates the show’s message: everyone can be a fighter. Adora, a soldier who realizes she has the capacity to channel the ancient hero She-Ra, stars in this pleasant reimagining of the 1985 cartoon.  She’s thrown into a new environment, and she’s on the opposite side of the battlefield from her old friends. She-Ra soars on its diverse representations of female, nonbinary, and LGBTQ characters, with a tale bursting with emotion. It’s a must-see for anyone in need of a quick shot of happiness.

Avatar: The Last Airbender and The Legend of Korra

Two fantastic series set in the same enthralling universe! Avatar: The Last Airbender introduces us to a world where humans can use an ability called “bending” to harness the energies of the four elements — air, water, earth, and fire. There, we meet Aang, the last airbender, a bright and sincere young man who wishes to put an end to the Fire Nation’s aggressive invasions beyond their borders. Despite dealing with serious issues including brainwashing and dictatorship, this Nickelodeon show remains upbeat because of Aang and his friends’ optimism.

The Legend of Korra picks up the plot decades later, with a significantly more mature tone. The world has altered dramatically. The people are looking for a leader, and Korra, a young lady with the ability to bend all four elements, maybe the one. Korra, on the other hand, is only attempting to restrain her rage! The continuation preserves the original series’ spark (look for a few familiar faces! ), but its exciting plot twists, 1940s-style narration, and excellent vocal ensemble ensure its reputation as a stand-alone success.

How Regular Heart Checkups can Save Your Life?