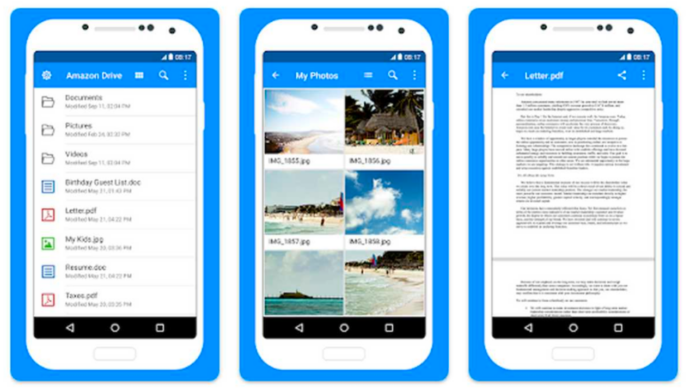 Amazon Prime is a subscription service that will soon cost more in Spain. We’ve already told you a few times that it has a lot of extra services on top of its main feature, which is free shipping. From unlimited storage for photos to the free version of Prime Music and, of course, Prime Video, which lets you watch videos whenever you want. Because there is so much to choose from, many users don’t know everything Prime has to offer.

Amazon Drive is a cloud storage service that the company has used to try to compete with other services like it in the past. It is not a very well-known function, but it has been used to supplement other functions and services up until now. But unlike in other areas where Amazon has been able to position its ideas well, Amazon Drive has never been able to stand out from the crowd.

This tells us why Amazon Drive has just started to shut down, even though it’s not the main reason the company gives. Amazon said this on its blog. The announcement was made public today, but the company has given users a lot of time to manage the content of their online folders so that they don’t lose anything they don’t want to.

So, here are the dates that have been set for the end of Amazon Drive:

On January 31, 2023 – Users won’t be able to add new files to their Amazon Drive accounts after this date, but they will still be able to access files they have already added.

December 31, 2023 – Users will no longer be able to get to their drives and files after this date.

The only thing that won’t be moved is photos, which should have been moved automatically to Amazon Photos. But for security reasons, we suggest that you check by hand that the migration went well.

According to the Amazon publication, the reason for this change is to put more focus on Google Photos, its cloud-based photo and video storage service that has existed alongside Amazon Drive for some time. A move that makes sense, since Amazon Photos, which lets Amazon subscribers store as many photos as they want, was always more popular with users than Amazon Drive, which never took off. Prime.

You can Read More, If you want: