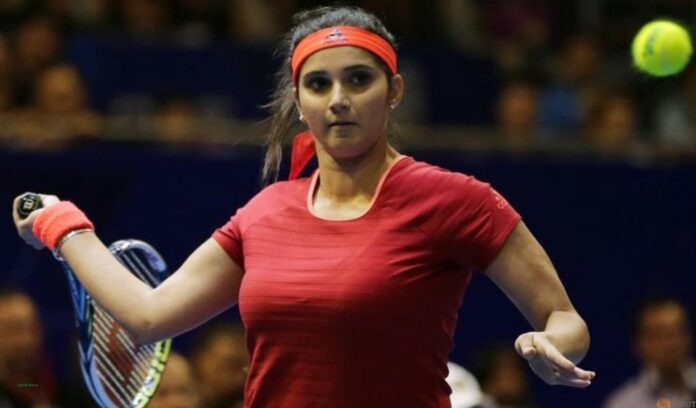 In a recent interview, former doubles World No. 1 Sania Mirza said that she would retire at the WTA 1000 event in Dubai next month. Mirza had planned to stop playing tennis at the end of the 2022 season, but when she got hurt in the second half of the year, she decided to put off the decision.

The 36-year-old will play women’s doubles with Anna Danilina from Kazakhstan at the Australian Open this month. It will be her last time at a Grand Slam event because she hurt her elbow at last year’s US Open.

She has had other fitness problems recently, like a calf problem that won’t go away, but she is determined to be able to say goodbye to the game on a match court. “Being the kind of person I am, I like to do things my way. So I don’t want to get hurt and have to leave. So I’ve been practicing,” she told wtatennis.com.

Her father, Imran, told this newspaper last year, after her last match at Wimbledon, where she came close to making the mixed doubles final, that she should end her career at the WTA Finals, where she would be playing against the best players in the world. But injuries put a stop to that plan.

Mirza was one of the brightest stars in Indian tennis during a time when singles players didn’t do well outside of the doubles circuit. Before she won six Grand Slams and became the best doubles player in the world, she had a great career as a singles player, getting as high as World No. 27. She is the only Indian player who has ever made it to the second week of a Major. In 2005, she made it to the fourth round of the US Open.

Mirza’s priorities have changed now that he is 36 and has had several serious injuries. “I just don’t have the emotional strength in my mind to push that hard anymore. The WTA said that she said, “I turned pro in 2003.” “My top priority now is not to push my body to its limits every single day.”

Mirza wants to spend her time after she retires in her academies in Dubai, where she has lived for more than a decade, as well as the one she started in Hyderabad. She said, “It’s important to me to share what I’ve learned where I live, so I have one in Hyderabad and one in Dubai.”

The Dubai Tennis Championships, her last professional match, will start on February 19.