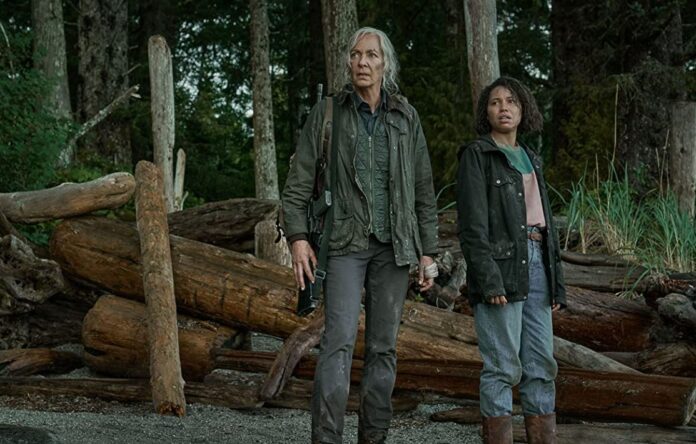 The list of Netflix shows and movies coming out in September 2022 is full of reasons to stay home and watch them.

Blonde, in which Ana de Armas plays Marilyn Monroe and relives some of the most important and controversial moments in the legendary actress’s life, is the most-anticipated premiere, but that’s just the tip of the iceberg in terms of premieres.

In September, there is a horror and cult miniseries based on a true story, Daniel LaRusso and Johnny Lawrence return with a new season of Cobra Kai, Winx starts its second season, and another series that follows the story of an important character, Vicente Frenández, is added to the platform.

Soon, there will be a documentary about Cristiano Ronaldo’s life and a new season of Chef’s Table, a popular show that follows the best chefs in the world and this time shows some of the best pizzas in the world.

All Netflix Releases September 2022 below:

As Terry moves Cobra Kai Season 5 toward a new rule, Daniel, Johnny, and an old friend join forces in a battle that goes beyond the dojo.

In 19th-century Austria, Sisi and the young emperor fall in love while the court is full of intrigue and power struggles.

The Alfea students have to protect Solaria from powerful enemies who may already be in the school, and Bloom tries to control her powers.

When Dr. Suzanne Mathis (Emily Deschanel), a hospital psychiatrist, gives a mysterious cult fugitive (Madeleine Arthur) a place to stay, the strange girl’s arrival threatens to break up her own family.

Zombieland: Knockout (9/15/2022): The group of zombie hunters returns to meet straggling survivors and battle a new breed of undead.

Cyberpunk: Edgerunners (Coming Soon) : In a dystopian reality rife with corruption and cybernetic implants, a talented and impulsive young man tries to become a mercenary.

Adrift Home (9/16/2022): One fateful summer, a group of children adrift in an abandoned apartment building must find their way back home.

Ouran High School Host Club (9/1/2022): After accidentally breaking a valuable vase, a humble student is forced to work for an exclusive club at her school.

Belle (9/7/2022): In the virtual world of U, a famous singer and a user named the Dragon embark on an adventure together that begins to affect their real world.