Cobra Kai Season 5 would be Crazy! All Latest Updates 2022 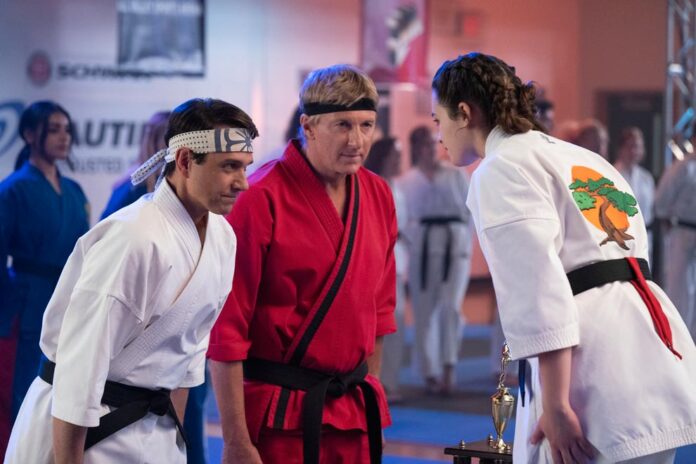 Cobra Kai Season 5 will come out on a certain date. Even better, it will be here in September, which is a few months earlier than most people thought it would be. You can also watch a trailer that gives you your first look at Chozen’s return and Terry Silver’s plans to take over the valley like Cobra Kai.

We’ll also talk about the cast list for the next season on Netflix, what the future might hold for the Karate Kid spin-off, and the exclusive quotes from the Cobra Kai creators.

So get ready to earn that black belt. With our full guide to Cobra Kai season 5, we’re going for the kill.

Cobra Kai Season 4 was pretty action-packed. So we’re looking forward to a crazy Season 5, which will answer many of the questions fans had at the end of Season 4. One of these questions is what happens to Miguel while he looks for his father. Anthony, do you want to learn how to do karate? There are also some other things. And, as we’ve already talked about, if the show has to use characters from The Next Karate Kid, Michael Ironside, Chris Conrad, and Walter Goggins could make for a fun story.

We finally know when Cobra Kai Season 5 will release. We now know that the new season will come out on September 9, 2022. This was announced at the Netflix in a Joke festival this week, where a new teaser trailer was also shown.

Based on how it has been released in the past, we thought Cobra Kai season 5 might come out in December, like season 4. However, since the new episode has already been shot, it makes sense that it would come out sooner.

Jon Hurwitz, who made Cobra Kai, said on Twitter in December 2021 that season 5 was over.

Terry Silver wants to open franchises of the dojo all over the valley. This is hinted at in the trailer. Daniel LaRusso is fighting back, and he has asked his old rival Chozen for help to take the fight back to Silver.

Cobra Kai fifth season isn’t just about karate mischief in Los Angeles, though. Johnny and his son Robby are seen heading south to find Miguel, who ran away from home at the end of the fourth season to find his father.

Who will be in the Cobra Kai Season 5 cast?

Chozen (Yuji Okumoto), Daniel’s main rival in The Karate Kid Part II, will play a big part next season. As shown in the teaser, Chozen will be able to help Daniel bring Miyagi-Do back to its former glory, just like Silver did for Cobra Kai when he joined forces with Kreese. Daniel and Johnny could certainly use some help right now.

But what about other Karate Kid characters, like Elisabeth Shue’s Ali Mills, who showed up in season 3 after Johnny sent her a Facebook friend request? At this point, it’s not clear if she will return to Cobra Kai, but Chozen’s return means that nothing should be ruled out.

Josh Heald, Hayden Schlossberg, and Jon Hurwitz, who make the show, have said that there will be more.

Heald told Collider, “It has changed, but it hasn’t.” “We still have an endgame plan. We are still writing after the fifth season. But it’s been fun to add new characters and plots and sometimes let them take the lead.”

Said Hurwitz: “From the beginning, we’ve never said how many seasons there would be. I think we’ve always thought it was at least six, but for all the reasons Josh mentioned, we’re still trying to figure out how long that landing is.”

Schlossberg told Deadline that the series could have more than a possible sixth installment. “We want to get somewhere,” he said. “We don’t know how many years it will take to get there. We’re having so much fun making it.” He also said, “If we get tired of it, we’ll stop before then. We already have plans for a few more seasons.”

What to expect from Cobra Kai Season 5

Now that Kreese is being blamed for the attack on Sting Ray, Terry Silver is free to take over Cobra Kai and make it what he wants it to be.

Many new Cobra Kai dojos are likely to open up all over the Valley. This will bring a lot of new students, which could lead to fights between Cobra Kai students and those from rival dojos. 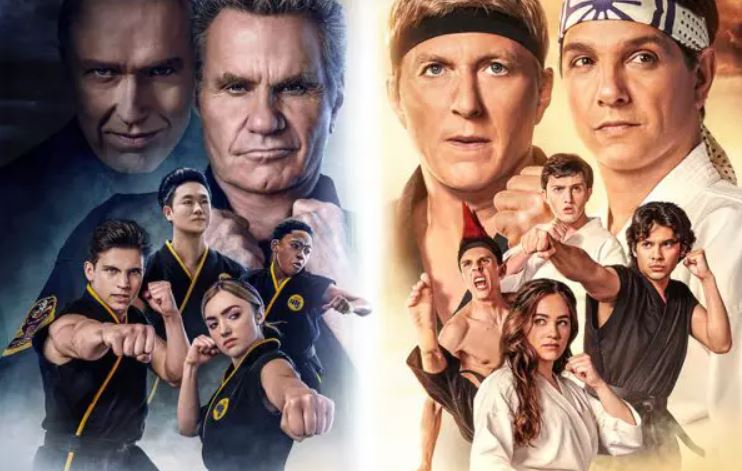 Has Cobra Kai been renewed for a sixth season?

As of this writing, Netflix hasn’t said if Cobra Kai has been picked up for a sixth season. When Netflix announced when season 4 would be out, they also said that the show would be back for a fifth season.

If there is going to be the sixth season, we expect to hear about it around the time we find out when Cobra Kai season 5 will come out.

It’s also important to note that Netflix hasn’t said that season 5 is the last of the show, which strongly suggests that there will be more Cobra Kai after season 5.

We’ve heard more than once that the show’s creators want to make six seasons, so we hope they get to do that.

How can I watch and stream Cobra Kai season 5?

You can now watch the first four seasons of Cobra Kai on Netflix. When Cobra Kai season 5 comes out, it will only be on Netflix.

People who don’t already have Netflix can sign up for a plan that starts at $9.99 per month. You can watch Cobra Kai and a huge number of other movies and TV shows on your smart TV, game console, set-top box, Blu-ray player, smartphone, tablet, PC, and laptop. You can always change or stop your subscription.

If Cobra Kai season 5 is the last, many fans don’t know what to do. Josh Heald told Screen Rant in an interview that they don’t plan to end the show just yet. So, fans, Season 5 won’t let you down, and soon, in the last month of the year. You might be able to watch the official trailer for Season 5.

Save this page so you can find out the latest news about the Netflix show “Cobra Kai.” How do you feel about this TV series? Write in the comments when you think season fifth will start and what you hope to see in the next seasons of Cobra Kai.

Will there be a Cobra Kai Season 5?

Season 5 won’t be different in any way. Cobra Kai will not come out on New Year’s Day like it has in the past. Instead, it will come out on September 9, 2022.

Will Cobra Kai Season 5 be the last season?

Josh Heald, who made Cobra Kai, has said that the show will end. But that there will be at least six seasons.

In season five, Chozen, Daniel’s enemy from Karate Kid II who turned out to be a friend, will be played by Yuji Okumoto. But Cobra Kai is not just a rehash of The Karate Kid. Johnny and Daniel’s kids each have their own stories and dojos. And they bring along other high school students for their own stories.

How many Cobra Kai seasons will there be?

The people who made Cobra Kai want to make at least six seasons.

Where is Cobra Kai filmed?

Cobra Kai has been filmed in Atlanta the whole time it has been on. But many of the show’s most important scenes have been filmed in Marietta, Union City, Fayetteville, Peachtree City, Conyers, Decatur, Sandy Springs, Austell, Roswell, Lithia Springs, Duluth, and East Point, Georgia, which are all near Atlanta.

Did Will Smith produce Cobra Kai?

Will Smith is one of the people in charge of making Cobra Kai.

Apart from this, if you are interested, you can also read Entertainment, Numerology, Tech, and Health-related articles here: Highest Paid CEO in India 2022, Highest paid athletes 2022, My5 TV Activate, Kissmanga, WPC18, WPC16, Highest Paid CEO 2022, Grey’s Anatomy Season 19, WPC15, Alexa.com Alternatives, The Resident Season 6, Kraven The Hunter, One Punch Man season 3, The Resident Season 5, Yellowstone season 5, Ozark season 4 part 2, PUBG Redeem Code, Is Windows 11 Free, KProxy, How to play Xbox Games on PC, Ozark Season 5, How to cancel YouTube TV, Churchill Car insurance, The Rookie Season 5, Downloadhub, Ssr Movies, 7starhd, Movieswood, How to Remove Bookmarks on Mac, Outer Banks Season 4, How to block a website on Chrome, How to watch NFL games for free, DesireMovies, How to watch NFL games without cable, How to unlock iPhone, How to cancel ESPN+, How to turn on Bluetooth on Windows 10, Outer Banks Season 3,