Do you know the origins of Covid-19? When it was first found in the world. Till now it is a burning question all over the world. Dr. Anthony Fauci, a leading U.S. infectious disease expert, has called on China to release information about the six workers who fell ill after working in a mine in Yunnan province in 2012 and are now considered an important part of the effort to find the source of the Covid-19 virus.

The workers, aged between 30 and 63, were cleaning bat droppings from a copper bed in April 2012. A few weeks later, they were admitted to a hospital in Kunming, the provincial capital, for persistent cough, fevers, headaches, chest pains, and breathing difficulties. Eventually, three of them died.

The mine is located in Mojiang in southwest China, about 1,500 km from Wuhan, where Covid-19 was first discovered.

Origins of Covid-19: What do we know about six miners

Although full biographical details of the six workers have not been made public, their names, ages, and medical histories were published in a 2013 thesis written by a Kunming Medical University doctoral student named Li Xu.

Li’s study, which can still be found in China’s scientific article archive at cnki.net, examines each patient’s symptoms and concludes that they were victims of an “atypical” coronavirus transmitted by horseshoe bats.

Scientists who returned to the mine in late 2012 found samples of a pathogen known as the “Mojiang virus,” which is found in rats and is not related to SARS-CoV-2. Subsequent tests could not confirm whether it had sickened the miners.

The workers’ pneumonia symptoms were caused by a fungal infection, said Shi Zhengli of the Wuhan Institute of Virology, China’s leading researcher on the bat coronavirus. Shi and his team also said in a study published last November that they retested 13 serum samples from four patients and found no evidence that they were infected with SARS-CoV-2.

Origins of Covid-19: Why are these cases made public?

Since the middle of last year, Lee’s student thesis has been circulating on the Internet as purported evidence that a coronavirus very similar to SARS-CoV-2 could have infected humans as early as 2012.

Some also believe that the document provides circumstantial evidence supporting more general claims that WIV captured, studied, and experimented with the “gain-of-function” viruses found at the mine, including RaTG13.

First identified in 2016, RaTG13 shares 96.2% of the genome with SARS-CoV-2, according to a paper published by Shi and other researchers in early February 2020, weeks after the first Covid-19 cases were identified in Wuhan.

What other viruses found in the mine?

Between 2012 and 2015, WIV researchers identified as many as 293 coronaviruses in and around the mine.

In November 2020, the Institute disclosed the existence of eight additional “SARS” coronavirus samples collected at the site.

In a preprint published last month, Shea and other researchers found that none of the eight viruses is more closely related to SARS-CoV-2 than RaTG13. More importantly, none of them has the important receptor-binding domain that allows SARS-CoV-2 to infect humans so effectively.

The paper concludes that “experimental data do not support the claim” that SARS-CoV-2 escaped from the laboratory and calls for “more systematic, long-term sampling of bats, pangolins or other possible intermediate animals” to better understand the origin of the pandemic.

Apart from this, to get Texas News, San Francisco News, and USA News, you can follow TexasBreaking. 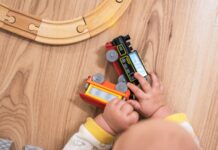 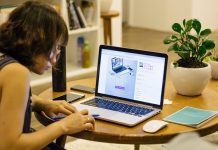 Working from Home may Cause Serious Illnesses 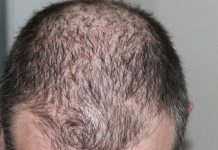 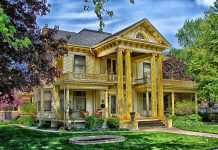 6 Best Tips to Prepare Your House For Upcoming Summer

Exposure To Common Cold Virus May Protect From COVID-19: Study