Lionel Messi Given Gaurd of Honor on PSG Return 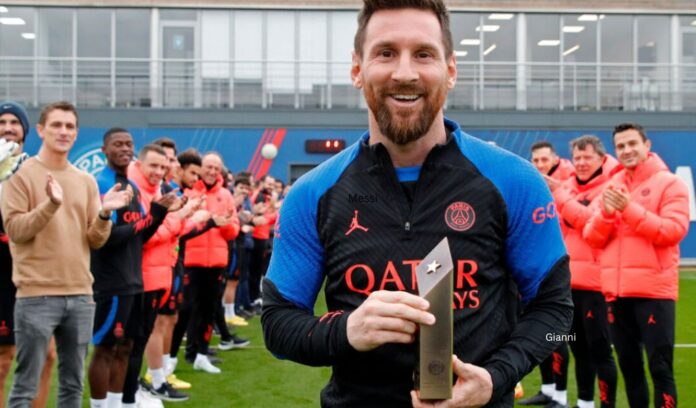 Lionel Messi’s clubmates welcomed him back to training at Paris Saint-Germain on Wednesday. He had just won the World Cup and is thought to be the best player of all time.

Read More: What is the Cost of PSG Star Lionel Messi?

Lionel Messi came back to the Camp des Loges after a long break in Argentina. He had been there after leading his country to victory at the World Cup in Qatar in December as captain.

Messi is thought to be willing to use the clause in his contract that would let him stay with the club for another season after the current one ends, but talks haven’t started yet.

So, coach Christophe Galtier might be able to use Messi and Neymar Jr., both of whom used to play for Barcelona and are now back from suspension, in Friday’s Coupe de France match away to Chateauroux in the round of 64. They will be looking to bounce back from their first league loss since March, a 3-1 loss to Lens in Round 17.