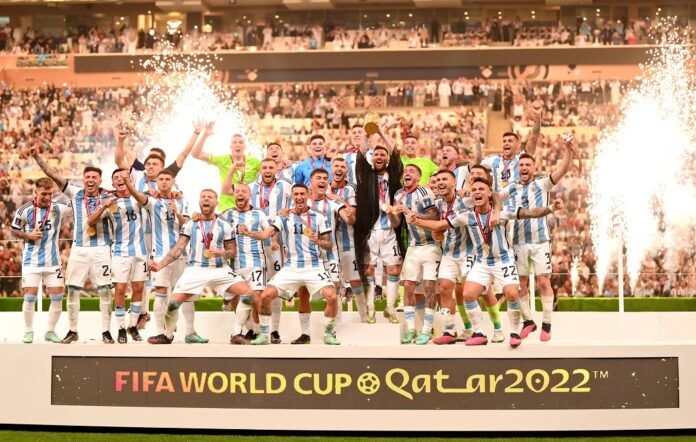 Share
Facebook
Twitter
ReddIt
Pinterest
Tumblr
Linkedin
WhatsApp
Copy URL
Email
Listen to Podcast:
Lionel Messi and the rest of the Argentina team were greeted like heroes when they got home.
Today is a national holiday, and lots of people are expected to go out and celebrate the country’s third FIFA World Cup win. Thousands of fans waited all night on the streets of Buenos Aires, hoping to see the team on their way back from the airport and then Argentina return home to heroes welcome.
The team was met at the airport by fans, reporters, and a live band. As the team got off the bus, captain Lionel Messi was holding the trophy.

Thousands of fans welcomed their #FIFAWorldCup heroes home in the early hours! 🇦🇷#Qatar2022

Thousands of fans lined the streets and crowded into a Buenos Aires landmark as the country’s football stars, led by their legendary captain Lionel Messi, returned home after winning one of the best World Cup finals. 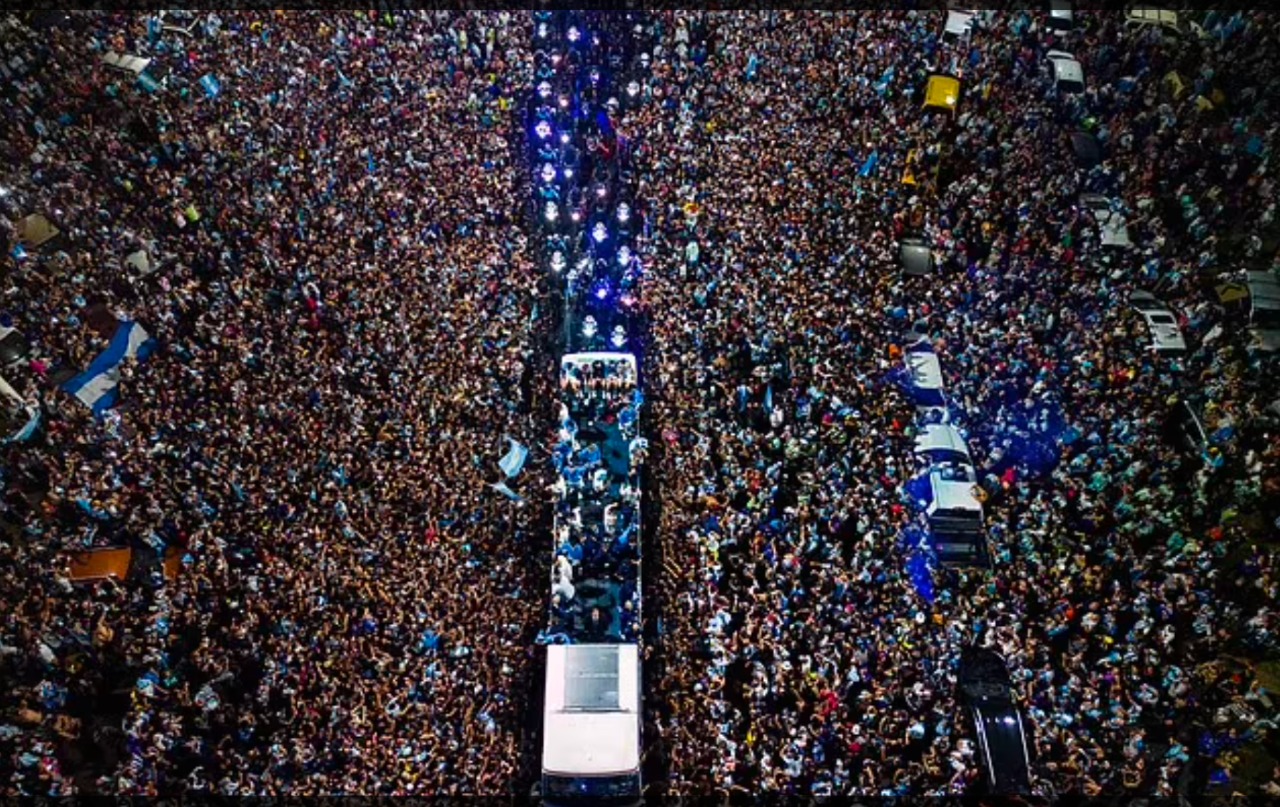 When the team, led by Messi, got off the plane in Ezeiza, just outside Argentina’s capital, just before 3 a.m. on Tuesday, they walked onto a red carpet that had been laid out for them.
President Alberto Fernández has made Tuesday a national holiday, so there will be a party in Buenos Aires on that day.
The World Cup champions from Argentina were met by thousands of fans in Buenos Aires, even though they got home at 2 am local time.
The team led by Lionel Scaloni has taken a flight from Rome back to the capital, where the party is still going on. When they landed at Ezeiza International Airport, they were met by the country’s media and large crowds. A victory parade was planned for later that day.

The victory over France in the World Cup final on penalties after a 3-3 tie is now over 35 hours old. But the celebrations in Argentina don’t seem to be slowing down. News footage from Buenos Aires shows how passionate the fans are about their team.
They will now spend the rest of the night at the training ground of the Argentine Football Association. At noon, they will head into the city (3 pm Irish time).
Fans will join them at the famous Obelisco de Buenos Aires in the city’s center to celebrate the win. 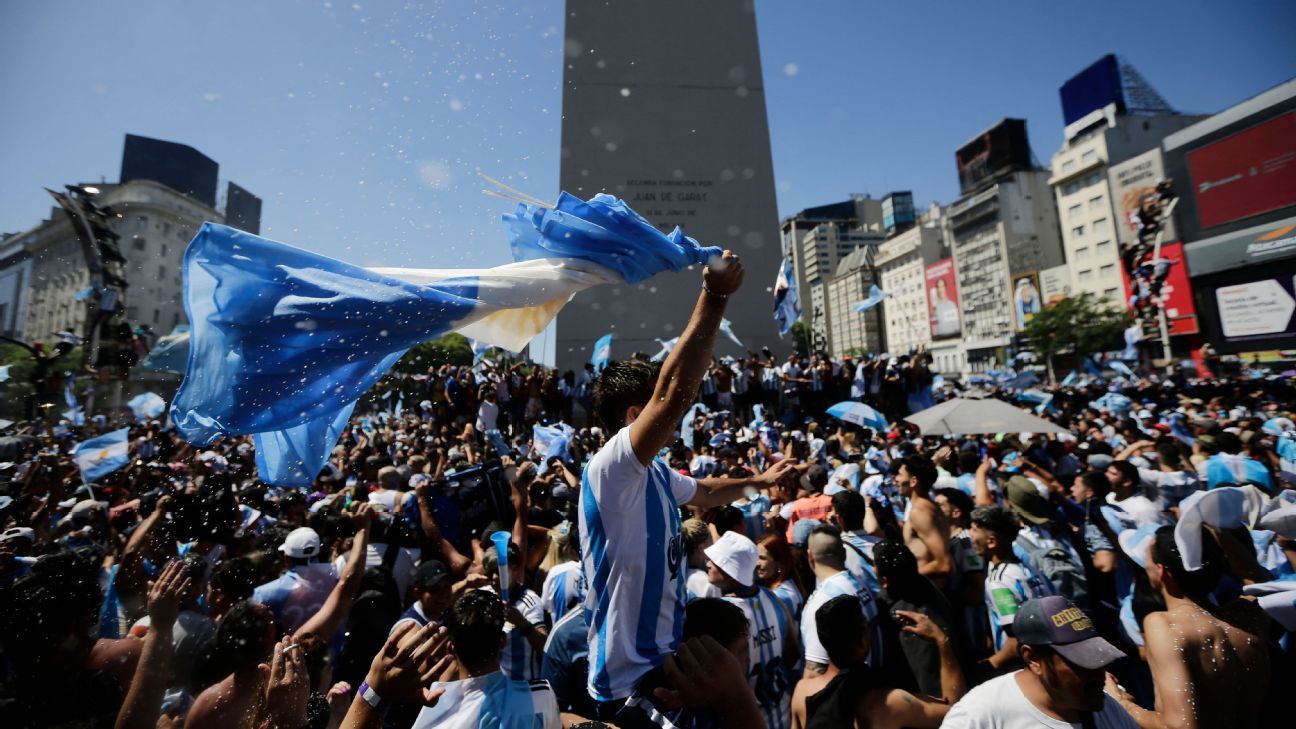 Since the big win on Sunday night, thousands of fans have been partying in the city. Many of them camped out in front of the training center all day yesterday.

Many people have said that Sunday’s final was the best of all time. It’s Argentina’s first win since 1986 when Diego Maradona led them to victory. Messi said after his historic win, “It’s crazy that it happened this way.”
“I wanted this so badly. I knew that God would give me this gift and I felt like this was the right one.”
Alexis Mac Allister is one of the players who is happy this morning. His great-grandfather left Ireland in 1868 to go to Argentina.
Messi was on the plane with the World Cup. Nicolás Tagliafico, on the other hand, posted a picture of the World Cup buckled into an airplane seat as if it were just another passenger.

Fernández, the Security Minister, said that as of early Tuesday morning, there were no official plans for Fernández or any other political leaders to take part in the celebrations. This was despite rumors that the players would go to Government House, which had been offered for the celebrations.