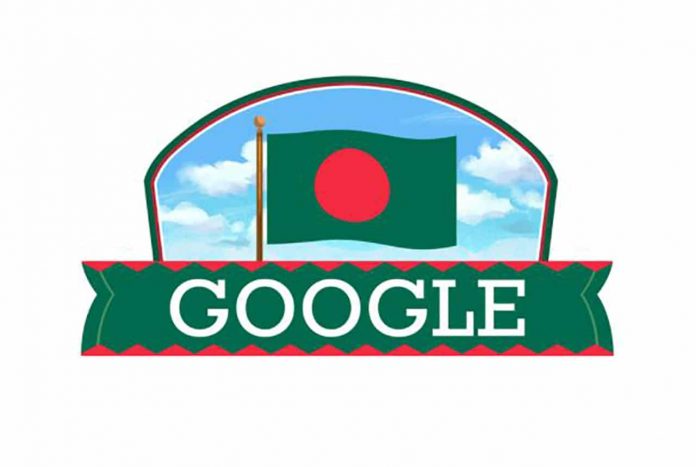 The country has been celebrating its Independence Day this year with a mega celebration of the birth centenary of Father of the Nation Bangabandhu Sheikh Mujibur Rahman.

The day is a public holiday.

The doodle features Bangladeshi flag above the search box on the homepage of Google on Friday.

According to Google, today’s Doodle marks Bangladesh’s 50th Independence Day, a national holiday that commemorates the country’s declaration of sovereignty on this day in 1971.

It said: “The Savar National Memorial, a national monument built on the outskirts of Bangladesh’s capital Dhaka to honor those who fought in the country’s war of independence, stands as the official focal point for today’s observances. Citizens pay homage to their national heroes by gathering at the memorial. Many of them wear the symbolic green and red colors of the Bangladeshi flag, which is depicted in the Doodle artwork.”

It said, “The green of the nation’s flag represents the bountiful vegetation that covers much of the Bangladeshi landscape, as the red disk emblazoned on the green background symbolizes the rising sun that gives life to the Asian region of Bengal.”

That year was the 43rd Independence Day of Bangladesh.