The Popularity of E-bikes among Cyclists – Post-Covid-19 Era 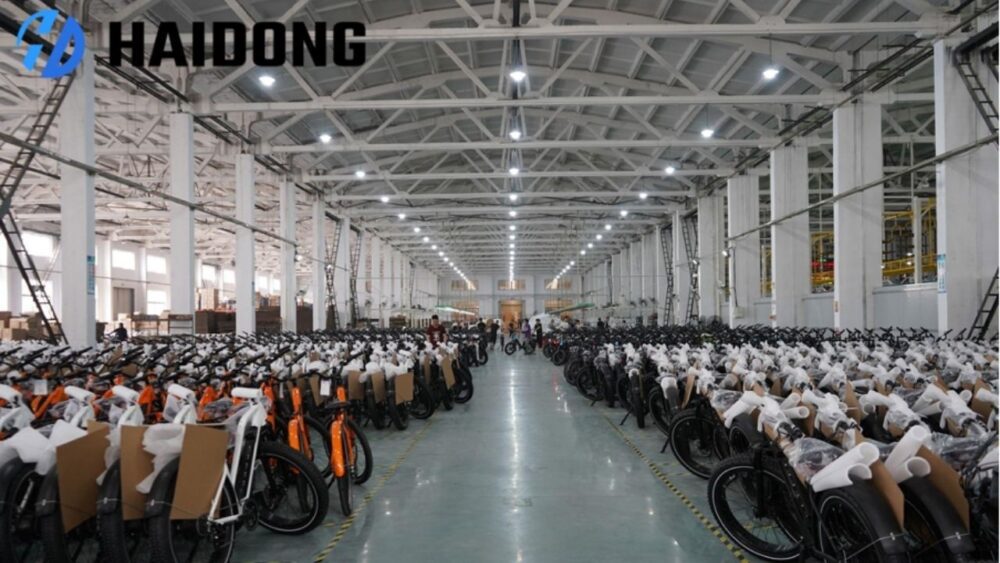 Have you noticed more people around you are using -bikes more than it had always been in previous years? E-bikes are blooming, and they are one of the growing segments in the transportation system. E-bikes started in Japan in the 1980s. However, it was until recently the transport idea was adopted in Europe.

The government and people have realized the importance of human cooperation from the covid-19 incident. Hence, it is only necessary to implement a safer means of transportation despite maintaining a safe distance. The popularity of e-bikes can also be attributed to the effort from electric bike manufacturers. They implement new technology, including the pedal-assist e-bike, making riding more accessible.

The pandemic was a good time for reputable manufacturing companies to take critical steps. This can be seen in Haidong Ebike, as the company keeps producing various e-bikes, meeting diverse needs. When people test run for the first time, they are often pleased. How else does covid-19 contribute to e-bike popularity among cyclists?

The world has experienced a surge in the usage of electric bikes since the post-covid-19 era. Many people are anxious about coping with the covid-19 regulations. People need to keep exercising, to stay healthy and fit. Since electric bikes are portable, it became more feasible to achieve a healthy lifestyle without being near one another.

The post-covid-19 era has contributed to how people reflect on their actions. Mobility is an essential part of daily activities, as people need to re-strategize how to get involved in society. Hence, many people are cyclists today because of the reduced risk of contracting the delay virus. There are many wholesale stores today that rent e-bikes at a discount. A spike in e-bikes demand has led to Haidong Ebike renting out more products for people who cannot afford to purchase one. However, cyclists need to monitor the weather and season, which has also hindered the usage of electric bikes.

As people returned to their leisure activities, there was more traffic when the lockdown was initially lifted. However, the traffic rate has subsided since the adoption of electric bikes. People are beginning to consider e-bikes as the best travel option. Cities are gradually transforming since the transportation system is more coordinated. Electric bikes are convenient, fast, and safe for almost every age.

Electric bike manufacturers are experiencing a high demand for several products, especially foldable e-bikes. Manufacturers are focusing on providing accessible measures in combating the pandemic. The government keeps building particular roads for e-bike rides, making most of these bikes suitable for all terrains. According to the global electric bike market report, the world can expect a 10.5% supply increase in 2030. This is based on the increased demand for e-bikes. The higher the demand, the higher should be the supply.

As mentioned above, weather adaptation seems to hinder electric bike popularity. In response, manufacturers are creating batteries that can withstand harsh weather. In past years, cyclists suddenly ran out of battery, which is sustainable and dangerous. Meanwhile, manufacturers have made e-bikes a possible investment for many users. Electric bikes are less expensive than cars, with a low maintenance cost. Governments are also working together with manufacturers to promote e-bikes usage. There are no charging stations positioned in many countries. This will reduce the possibility of a battery running down unexpectedly. For instance, Tokyo has up to two parking lots that allow cyclists to charge their e-bikes using solar panels.

In the next decade, lack of electricity will not be an instance of the usage of e-bikes. E-bikes will only increase in popularity, especially in countries with unstable power supplies. With the innovation of solar panels, users can recharge their batteries with ease. This is also an added advantage for bikes with dual batteries, commonly produced by manufacturers today. In seasons where there is not enough sunlight to charge up the solar, users can charge from their reservoir. Usually, solar panels have a grid that stores the excess sunlight generated during summer.

With manufacturers being consistent with their development approach, it propels market growth. More so, manufacturers can advance more into smart technology. Although e-bikes should be sold at more affordable prices, stakeholders will profit from smart technology. Research shows that Europe is highly populated with e-bike users, as some prefer it to other means of transportation. In this case, wealthy e-bike lovers would love to go smart with their riding experience.

Amidst the popularity of e-bikes, economists are bothered about the future of bicycles. Companies are increasing since employers can commute to work efficiently. However, bicycle owners find it challenging to meet up with the additional advantage provided by electric bikes. Electric bikes and bicycles have similar features, but bicycles are slower and cannot cover a long distance. It is safe to say that electric bikes are the future humans want, and it is a better commute option.