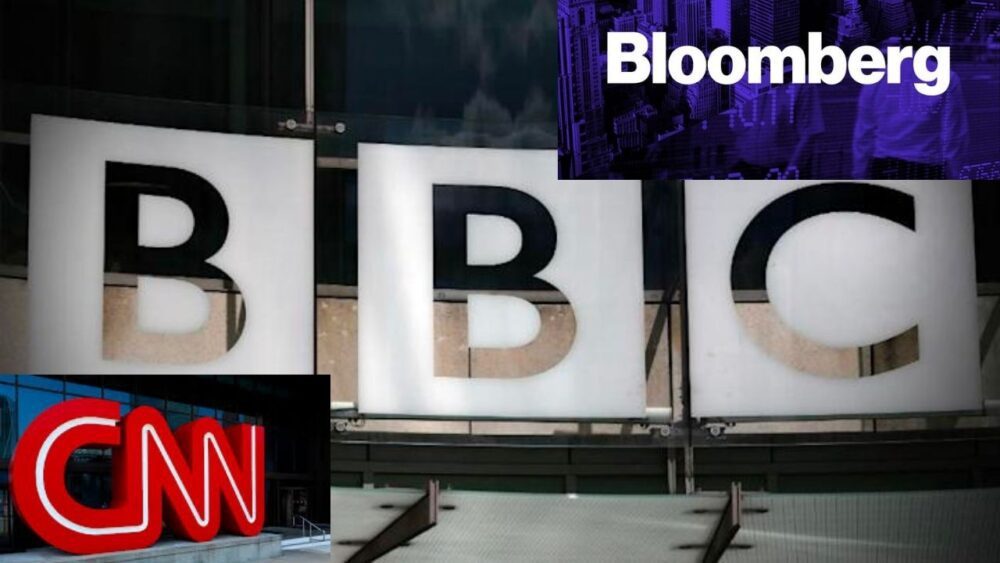 Russia has established a new law prohibiting the dissemination of false information. In protest against the ban, several Western media outlets, including CNN, BBC, Bloomberg, and CBC, have ceased their operations in Russia.

The decision follows the approval of a draught law by the Russian parliament. For knowingly spreading false news and conviction, the law prescribes a maximum term of 15 years in jail.

“CNN will suspend airing in Russia to examine the situation and our future measures,” a spokeswoman for CNN stated.

The Canadian Broadcasting Corporation (CBC) and Radio Canada have announced that their reporting in Russia has been halted.

Canada is very worried about a new Russian law that makes independent reporting on the current situation in Ukraine and Russia illegal “According to a statement published on the internet.

Bloomberg News reports that its journalists’ work inside Russia has been halted.

“Changes to the Criminal Code (intended to make any independent reporter entirely criminal) would make ordinary journalism inside the country impossible,” Bloomberg Editor-in-Chief John Micklethwaite said in a statement.

The BBC, a British news organization, has also halted its operations in Russia for the same reason. The new rule, according to Tim Davy, the director-general of the media, is meant to penalize “neutral journalism.”

“We are stopping the work of all our journalists and their support workers working in the Russian Federation to examine the impact of this unpleasant law,” he said in a news release. We don’t have any other option.

He went on to say that the BBC News Service in Russian would be based outside of Russia.

BBC News interim director Jonathan Munro stated that the organization would not be relocating journalists from Moscow. They’re assessing the new legislation’s impact.

The Kremlin has yet to respond to the decision of the Western media.

Russia, on the other hand, has restricted the activity of official media and news agencies by banning Facebook and Twitter. According to Russia’s telecom authority.

Roscommonadzor, the agency’s chief, stated on Friday that Facebook has committed 26 acts of discrimination against Russian media since October 2020. The limited access to state-run news organizations like RT and RIA.