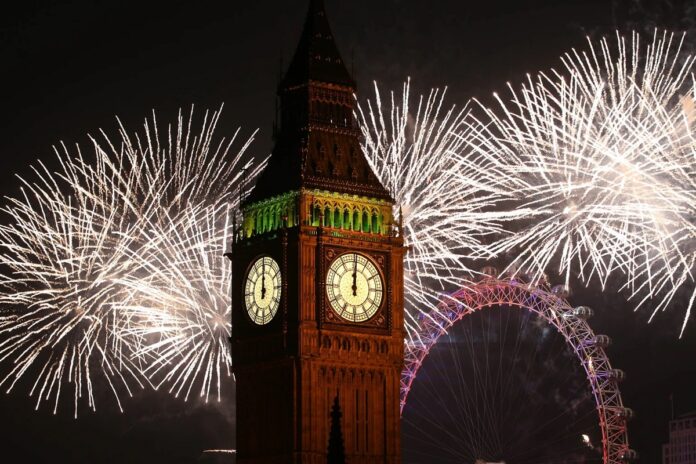 Share
Facebook
Twitter
ReddIt
Pinterest
Tumblr
Linkedin
WhatsApp
Copy URL
Email
For the first time since the start of the Covid pandemic, New Year 2023 Celebrations in the UK with fireworks and street parties.
Even though it was raining, people still went out to celebrate the start of 2023.
More than 100,000 people came to London to pay tribute to the late Queen with fireworks.
And more than 30,000 people went to the world-famous Hogmanay street party in Edinburgh.
People gathered along the Thames Embankment for the first time since 2019 to watch the 12-minute fireworks show in London. The city’s mayor, Sadiq Khan, said it was the biggest in Europe.

London pays tribute to Her Majesty Queen Elizabeth II. We honour her memory and celebrate her legacy.

As we look ahead to 2023, we wish King Charles every success. God Save The King. #londonfireworks 👑 pic.twitter.com/7hejX3lnN7

The Met Office had put out yellow warnings for rain in the southwest of England and for ice and snow in the Scottish Highlands.
As the bells of Big Ben rang in the new year. A barrage of fireworks lit up the skyline of London.
The musical show in the capital, which was sold out, had a recording of the late Queen speaking and words from Dame Judi Dench. Then it went on to honor King Charles with a message about how important it is to protect the future of our planet.
The show was meant to send a message of “love and unity.” It celebrated the Lionesses’ historic Euro win at Wembley, celebrated 50 years of London’s Pride with a message from Peter Tatchell of the Gay Liberation Front, and sent a message of support to Ukraine.
Hits by Stormzy, Calvin Harris, and Rihanna were played at the show and the show ended with the traditional song “Auld Lang Syne.”
Edinburgh’s Castle was lit up by fireworks, and The Pet Shop Boys were the main act at the event in Princes Street Gardens.
The street party, which used to have room for 60,000 people, now only has space for 30,000.
Families had fun in Cardiff’s Winter Wonderland, and people in Belfast went to the Europa Hotel’s annual Gala Ball to celebrate. 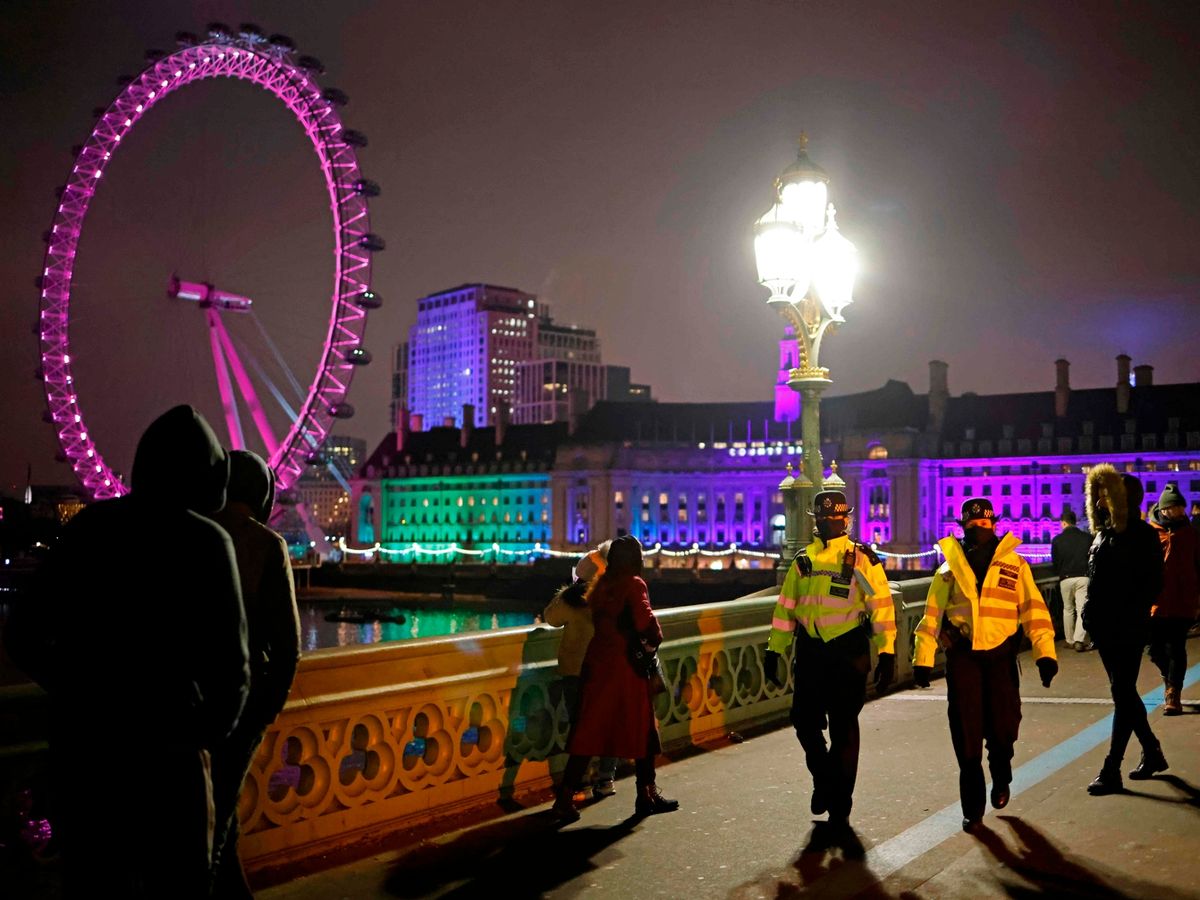 But in another place, a New Year’s party didn’t happen because an arctic walrus was seen on the coast.
On New Year’s Eve, the walrus was found in Scarborough’s town harbor. After being warned that the show might upset the animal, the council decided to cancel it.
Prime Minister Rishi Sunak posted a video message on social media to celebrate the new year. In it, he said he was sure that “better times lie ahead”. And that he wanted people to feel “hopeful” about 2023.
“I’ve only had this job for a few weeks so far, but I’m optimistic about the future,” he said.
“I’m optimistic about the changes we can make to make everyone’s lives better. And give people the peace of mind they’re looking for in the here and now.”
In an earlier message, Mr. Sunak said that the UK’s problems won’t go away in 2023. His video message was more positive.
May you be successful, happy, and get everything you want in life. Happy New Year to you and your loved ones for 2023!