Brief Guide on Different Types of Chess Pieces & Their Moves 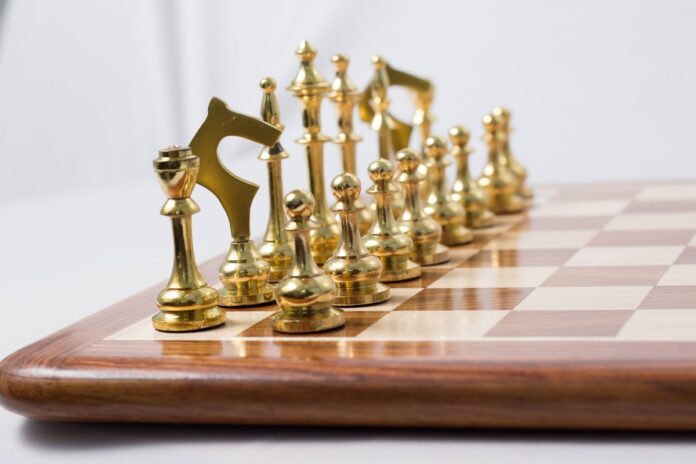 Serious chess players consider the board’s longevity and the weight of the metal chess pieces when shopping for a new set. It’s possible, though, those other considerations are more important for families. Finding sturdy parts that can resist the abuse of young children is essential. You might also be searching for a set that is simple to put away after use. Some collections include instructions for novice players that explain the rules and strategies of the game. And then there’s the visual appeal; the different types of chess pieces are works of art in their own right, worthy of being displayed while not in use. Such luxury chess pieces are trending among avid chess collectors. Every pawn has the potential to become a queen.

Types of Chess Variants and How to Play Them

Each player begins the game with eight pawns, the game’s least valuable component. The “pawn structure” describes the arrangement of pieces on the board. A pawn’s first move might take it one or two spaces forward in the board. They are limited to a single space of movement on every round afterward. When advancing forward on the diagonal to the left or right, pawns may only capture pieces adjacent to them. If a pawn reaches the other side of the board, it can be promoted to any other piece (except the king).

Both knights and rooks are considered “small pieces,” along with bishops. A knight is equivalent to three pawns, or three points. In a game of chess, the knight is limited in how it may move. In games when the middle of the board is occupied by pawns that hinder the movement of other pieces, the knight’s ability to hop over them makes it invaluable.

A small piece with a value of 3 pawns (or points), the bishop is similar to the knight in that respect. The bishop can make an unlimited amount of diagonal moves. What this means is that a player’s bishop will never switch colors throughout the game. The rook is one of the most potent pieces in a chess pieces storage box, and it is used to patrol the ranks and files of the board.

The worth of a rook is five pawns, which is somewhat less than two bishops or two knights but two pawns more than a queen. The value of two rooks is one pawn higher than that of a single queen. In a single move, a rook can go over an unlimited number of empty squares in any direction (along ranks or files). Rooks, like most non-knight pieces, may travel through open squares and capture an opponent piece by moving into its empty square.

The queen is the most important piece in contemporary chess and is used in a wide variety of tactics. The queen has a material worth of nine points, making her more valuable than all of your pawns combined and on par with three of your lesser pieces. The queen can travel horizontally, vertically, or diagonally across any number of empty squares. The queen is a powerful strategic piece since her actions are a hybrid of the rook and bishop.

In chess, the king is the most powerful piece, hence the focus of the strategy is on how to best defend it while simultaneously posing a danger to the opponent’s king. Even though he may only move one square at a time, the king is free to roam the board in whatever way he pleases. As a result, the king may appear to be rather adaptable; nonetheless, there is one crucial restriction: the king may never enter a square that is under assault from an opponent’s piece. Because of this, it’s impossible for a king to sit next to another monarch. Each player must take care to safeguard their king, but by the end of the game, it may have evolved into a formidable offensive asset. For a chess game to conclude, the defensive king must be checkmated, which implies he has no legal moves left. When checkmate is called, the best game is over and the king is safe from capture.

We hope you found this article helpful and that you’ll go on to study different types of chess pieces. If you have anything to say, write it down below.