Anemia and Iron Deficiency: Are They the Same? 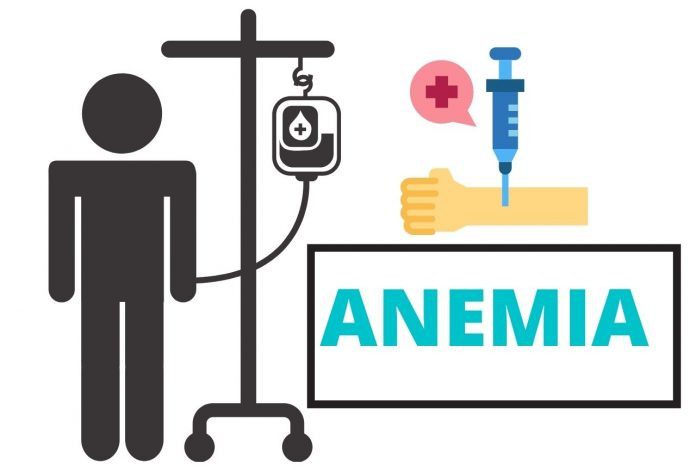 Iron deficiency causes a specific type of anemia. Without Iron deficiency anemia, there are other types of anemia. The anemia comes from different causes. Confusion is common, although the error could lead to erroneous treatment.

Contents hide
1 How to distinguish anemia and iron deficiency?
1.1 What types of anemia are there?
1.1.1 Other anemias
1.1.1.1 In conclusion:

The terms ‘anemia’ and ‘iron deficiency’ have been confused for a long time. But they are not the same. There is an association between a specific type of anemia – iron deficiency anemia – and iron deficiency. They cannot be used as synonyms.

Anemia, in reality, is a heterogeneous pathology that can have different causes. Iron deficiency is one of them. There are other types which are caused by disorders in the production of red blood cells or hemoglobin.

Iron is part of the hemoglobin which is inside the red blood cells. It helps to make it possible to transport oxygen to all the cells of our body. The oxygen needs to perform its vital functions.

Both situations are related in some cases, but not all anemias have iron deficiency. Therefore, we explain why anemia and iron deficiency are not the same and how to distinguish them.

How to distinguish anemia and iron deficiency?

In order to distinguish between anemia and iron deficit, it is important that both situations consist of and why they occur. We have already mentioned that iron is an essential component in our red blood cells to transport oxygen.

You can obtain iron from the diet. Logically there are some foods richer in iron than others. That means iron deficiency can be caused by certain eating habits, such as being vegetarian.

Red meat and fish are the foods with the highest concentration of iron. Another reason why we may have this lack. We suffer a problem in the absorption process. Certain pathologies that affect the digestive system, such as celiac disease. Alter the process of incorporation of nutrients.

Read More: 5 Weight Loss Tips That You Should Follow

We will have to talk about anemia. Anemia is defined as a decrease in the number of red blood cells. You can describe it as a decreased concentration of hemoglobin in them or a low hematocrit value.

It is important to note that anemia can have numerous causes. Iron deficiency is only one of them, which affects the concentration of hemoglobin. However, anemia and iron deficiency cannot be used as synonyms.

What types of anemia are there?

There are low levels of iron, which causes the bone marrow which cannot properly manufacture hemoglobin. This lack, in turn, can have many causes, such as:

Blood loss: this makes it more frequent in women, due to menstruation. It can also result in bleeding from any injury.

Digestive problems: such as ulcers or diseases that affect intestinal absorption.

Colon cancer: although it is an uncommon cause, it is important to know it. Colon cancer causes blood losses that are hidden in the stool. Many times, the first symptom is anemia and iron deficiency.

On the other hand, it is important to know that there are many other types of anemia. Aplastic anemia, for example, is that our body is unable to produce enough red blood cells. It may be caused by an alteration of the bone marrow, infection or certain medications.

The lack of certain vitamins, such as vitamin B12, can alter the production of red blood cells. It is a frequent situation in people with chronic alcoholism. Another common cause is suffering from a chronic inflammatory disease, such as rheumatoid arthritis.

Anemia can also be a consequence of a carcinogenic process. It affects the blood, such as leukemia. However, It can even be hemolytic anemia. The problem is that red blood cells are destroyed more quickly than they are created.

Anemia and Iron deficiency are not the same.

There are many other types of anemia that are caused by other processes. The important thing is to arrive at diagnosis to implement an adequate treatment. Not all anemic states improve by incorporating iron as a supplement. Therefore, it must be a medical professional who determines what steps to follow in each person.