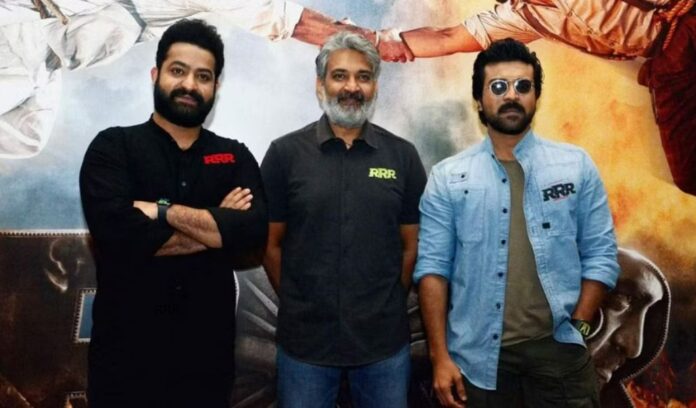 A little less than a year has passed since the release of SS Rajamouli’s historical drama RRR, but the response to the movie continues to be overwhelming. SS Rajamouli has won a number of important awards, and the New York Film Critics Circle Awards 2022 added one more to his list. He was named Best Director. In a new video that is going viral, you can see the filmmaker getting the award as the crowd cheers loudly for him.

After he got the award, Rajamouli thanked the jury and the people who came to see his movie for their support. “You have brought a small movie from the south of India to the attention of a lot of people.” He also remembered seeing the people in the theater when his movie came out. “It was pure happiness and amazement, like what the hell we had just seen. “That’s how I want people to feel when they see my shows,” he said. The director also thanked his family for always being there for him.

The Golden Globes will be held in Los Angeles on January 11. SS Rajamouli, Ram Charan, and Jr. NTR will also be there. The movie RRR is up for Best Foreign Film, and the song Naatu Naatu is up for Best Original Song. As part of the Beyond Fest, a special showing of RRR will also be held in the United States on January 9. Other people who will be there are SS Rajamouli, Jr. NTR, Ram Charan, and the composer MM Keeravani.

Even though RRR wasn’t India’s official Oscars 2023 entry, it was sent in as part of a campaign for 14 categories. The song “Natu Natu” has made the shortlist for “Best Song.” In RRR, which came out in March 2022, Ram Charan and Jr NTR play two rebels in India before it became independent. Ajay Devgn and Alia Bhatt also had longer roles in the movie.