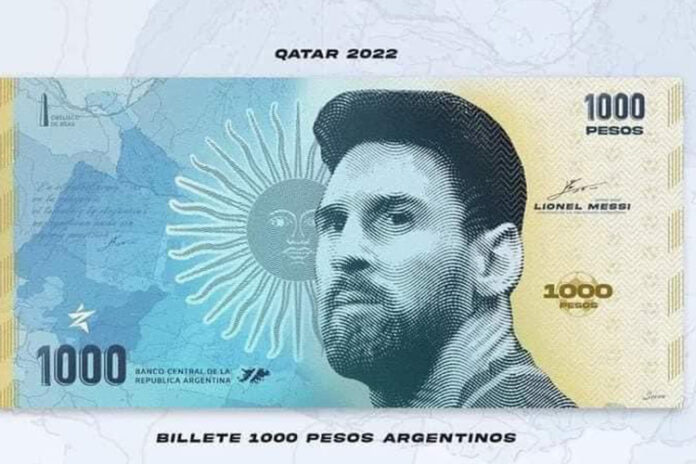 Share
Facebook
Twitter
ReddIt
Pinterest
Tumblr
Linkedin
WhatsApp
Copy URL
Email
Listen to Podcast:
The Central Bank of Argentina is thinking about putting a picture of Lionel Messi, the captain of the Argentine national football team and a player for Paris Saint-Germain, on the Argentine peso after Argentina wins the 2022 Qatar World Cup.
El Financiero, a financial newspaper, says that the regulator bank of Argentina met to celebrate La Albiceleste’s historic World Cup win. Because if that Lionel Messi’s Picture Appears on Currency Notes.
Since Lionel Messi and Argentina won the FIFA World Cup in Qatar, he has been all over the news. His team, Paris Saint-Germain, gave him a new contract, and Brazil’s famous Maracana Stadium asked him to put his footprints in the Hall of Fame. The Central Bank of the Republic of Argentina talked about putting Messi on the thousand-peso bill on Wednesday. 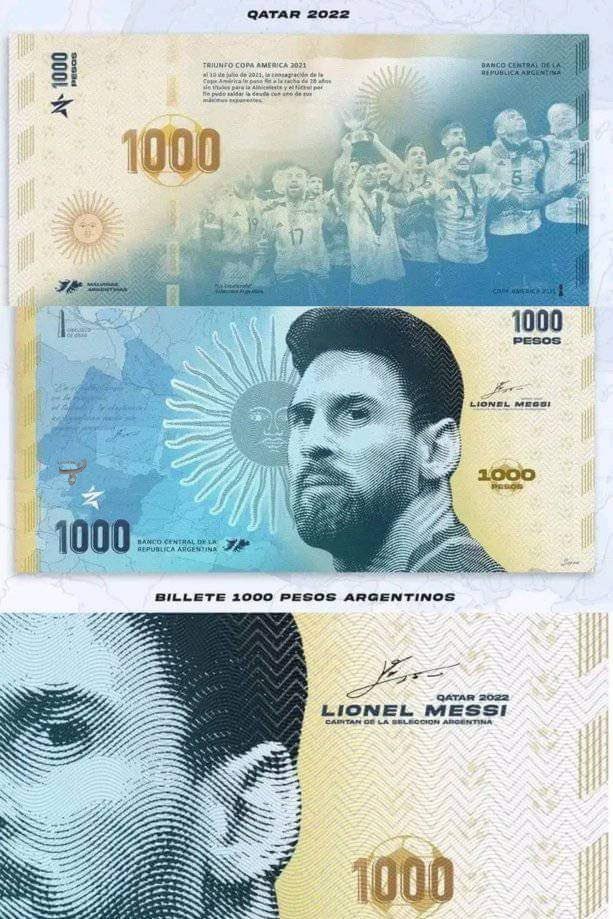 El Financiero, a financial newspaper, says that the regulator bank of Argentina met to celebrate La Albiceleste’s historic World Cup win. they want to create notes where Lionel Messi’s Picture Appears on Currency Notes.
After the game was tied 3-3 until extra time. Argentina beat France 4-2 in a penalty shootout to win the Qatar World Cup.
Even though the newspaper said the bank “jokingly” suggested the idea. The authorities did meet about it before the World Cup final to talk about it.
“Before you think otherwise, you should know that this idea was “jokingly” suggested by members of the Argentine Central Bank. However, the most enthusiastic directors, like Boca Juniors fan Lisandro Cleri and Independiente fan Eduardo Hecker, agreed that a banknote with this design would make Argentines more interested in collecting,” El Financiero reported.

In the past, the bank has made special coins to honor events like Argentina’s first World Cup win at home in 1978 and the 50th anniversary of the death of Eva Peron, who was married to former President Juan Domingo Peron.
“What’s on the back of the ticket?” They say that the team was led by Lionel Scaloni, known as “La Scaloneta.” He has already done enough to be immortalized there since they won the 2021 Copa América. The Finalissima (the match against Italy, the most recent Euro champion), and Qatar 2022,” the newspaper reported.