Joe Biden has been sworn in as the 46th President of the United States, concluding one of the most dramatic political transitions in American history. The country’s first female vice president, Kamala Harris, was also sworn in. She is also the first black and Asian-American person who will serve in a role, a heartbeat from the presidency.

This oath ceremony is held in the midst of extra-tight security at U.S. Capitol. The outgoing Donald Trump did not attend the inauguration ceremony of the new president. He left the White House before Biden’s inauguration and traveled to Florida.

In his first speech as president after taking the oath, Biden called on the American people to unite. The unity has always been won by the division in the History of the United States, said Biden.

Besides, Biden expressed his hope to be president for all the people of the United States. He also promised to build a strong United States with all.

Capitol Hill was ready to take on the new president. Security was more beefed up than any other time. There were 25,000 soldiers.

Traffic was blocked in most parts of Washington. People are now asked to sit at home to watch the virtual Biden inauguration ceremony to avoid the swearing-in ceremony.

Meanwhile, before attending the ceremony, the vehicle of Biden arrived at St. Matthew’s Church in Washington DC on Wednesday morning. Wife Jill Biden was accompanied by the newly elected president. Other members of the Biden family at the Cathedral, newly elected Vice President Kamala Harris, joined her family in prayer.

Lady Gaga sang the national anthem at the swearing-in ceremony of the vice president. Many stars including stage-mate Jennifer Lopez also was there. The show was hosted by two-time Oscar-winning Hollywood actor Tom Hanks.

On the first day of taking over, Biden will sign at least 17 ordinances. Meanwhile, there are issues with new immigration policies, the Paris Climate Agreement, the World Health Organization’s re-joining.

Meanwhile, before the oath, Biden tweeted about the special day in Washington, D.C. On Twitter, Biden wrote, “This is a new day in America.”

On the occasion of the inauguration of Biden, the entire square of the National Mall in Washington D.C. was covered with 1,91,500 flags. The 56 pillars of the United States state and territory are decorated with beautiful lighting.

Despite the tight security, Washington D.C. was a public space under the oath of Biden. However, there is no indication of internal threats, said the country’s temporary defense minister Christopher Miller.

The temporary head of the Defense Ministry told the press in a statement Monday that more than 25,000 National Guard troops have been deployed to help protect the U.S. Capitol due to possible security concerns due to the inauguration of Biden.

Miller said the National Guard personnel each have been tested for background checks. And the FBI has helped the military in this task.

On November 3 last year, Biden defeated Donald Trump, the oldest person in the United States, in the U.S. presidential election. In the election, Democratic Party candidate Biden won by 306 electoral votes. On the other hand, Trump got 232 electoral votes.

This vote became significant after President Donald Trump challenged the election results. So everyone was watching the vote in the states. Because Trump has been complaining about vote fraud since the beginning of the election. He also went to court, although the court dismissed all charges of vote fraud.

Trump supporters on January 6 got involved in a fight with security personnel and entered the building at Capitol Hill and started a massive riot. A total of five people, including a police officer, were killed during this time. The violent attacks in the U.S. Congress sparked condemnation worldwide.

But after all this, Trump had to leave. He left the White House as less popular president in the history of the United States. And, by taking oath, former President Barack Obama’s deputy, Biden, entered the White House for four years.

SEE ALSO: US Election 2020: Who Will Win? Donald Trump or Joe Biden 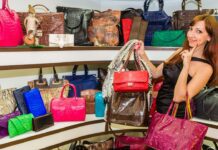 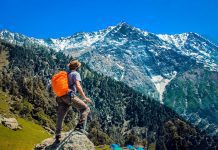 3 Top Tips on How to Travel Comfortably