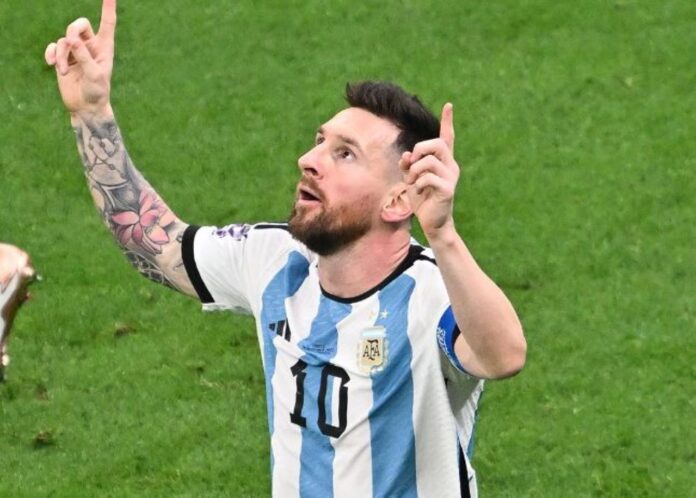 As he led the Argentina squad out for the final against France on Sunday, Lionel Messi eclipsed Lothar Matthaus’ record for the most appearances in World Cup history, adding even another triumph to his already illustrious career.

Messi entered the competition having played in 19 games, and his five goals helped the Albiceleste advance to the final. Along with Kylian Mbappe of France, the 35-year-old is presently tied for the tournament’s top scorer spot, and on Sunday, he may also win the Golden Boot.

Since his debut in the 2006 World Cup in Germany, Messi has participated in five World Cups. Argentina lost to Germany in the World Cup final in Brazil in 2014, and he was awarded the Golden Ball.

The 35-year-old received a note of congratulations from Mattheaus, who also thanked him for breaking his record.

“T O D A Y. 26. Leo Messi has participated in the majority of men’s FIFA World Cup matches “Mattheus stated in a post on Instagram.

By scoring against Croatia, Messi also surpassed Gabriel Batistuta’s previous record of 10 goals and became Argentina’s highest scorer. Batistuta said he was unaffected and asserted that the 35-year-old deserved what he got.

In an interview with the Argentine newspaper Clarin that was published on Friday, Batistuta said, “(Messi breaking the record) did not affect me at all since I liked it while I had it.

“Leo is due for this. He is the one who needs to be up there, if anyone. Messi is a person who plays football better than anybody else; he is not an alien. When that individual surpasses you, you won’t have to suffer; instead, you’ll enjoy it.”