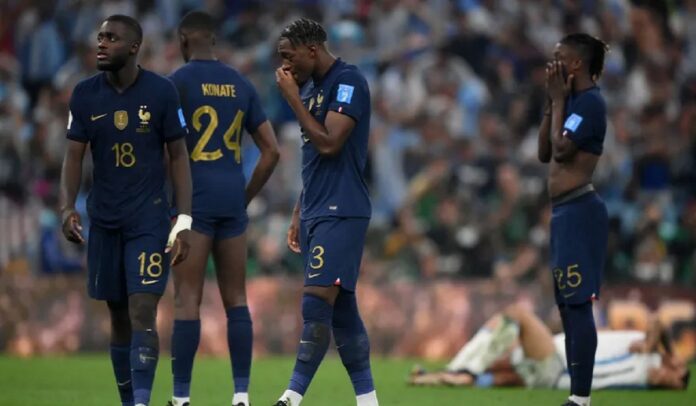 Share
Facebook
Twitter
ReddIt
Pinterest
Tumblr
Linkedin
WhatsApp
Copy URL
Email
An online petition with the slogan Argentina Fans Start ‘France Stop Crying’ Petition was started by Valentin Gomez. The change.org petition apparently got more than 650000 signatures within a short period of time.
In their own distinctive way, Argentina supporters responded to France football supporters by starting their own “France stop crying” petition.
This comes after a MesOpinions user requested a FIFA replay of the France vs. Argentina match, claiming that Argentina’s penalty was unfairly awarded. And that French sensation Kylian Mbappe had been fouled prior to Angel Di Maria‘s goal.
Argentina defeated France in the championship game 4-2 on penalties. And more than 2 lakh disgruntled Les Blues fans signed a petition calling for a rematch.
The “France stop crying” petition was started by a supporter by the name of Valentin Gomez, the Goal said.

The change.org petition received more than 650000 signatures in a short period of time.
The French have not stopped sobbing, whining, or acknowledging that Argentina is the global champion. Since we won the World Cup final, Gomez said.
He continued, “This petition asks the French to stop sobbing and acknowledge that Messi is the greatest player to ever play the game and that Mbappe is his son.
The second most viewed soccer match overall in the US was Argentina’s thrilling penalty shootout victory against France in the World Cup final.
Early statistics from Nielsen, Fox, and Telemundo indicate that 25,783,000 people watched the match on Sunday in both English and Spanish.