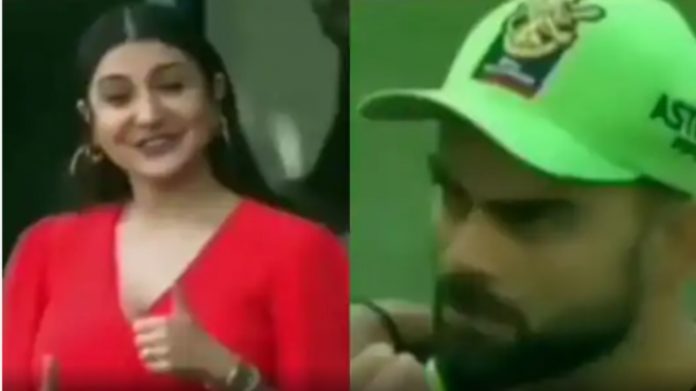 Pregnant Anushka went to cheer for Virat on Sunday during an IPL match. The match was between Royal Challengers Bangalore (RCB) and Chennai Super Kings (CSK). She is currently in Dubai. As Virat is leading RCB in IPL, she was there to show her support for her husband. She is often seen cheering for him from the crowds.

Virat is seen in the video asking his wife Anushka if she has had food. Bollywood star Anushka, who was in a red dress, smiled and gave a thumbs up to her husband.

And now the video went viral on social media and their fans can not get over the cute chemistry between the duo.

The couple got married on December 11, 2017. Both of them shared on social media on August 27 that they were expecting their first child.

ALSO READ: Kareena Kapoor is Going to be a Mother Again