VC Tech Investments on The Rise in the UK 2022 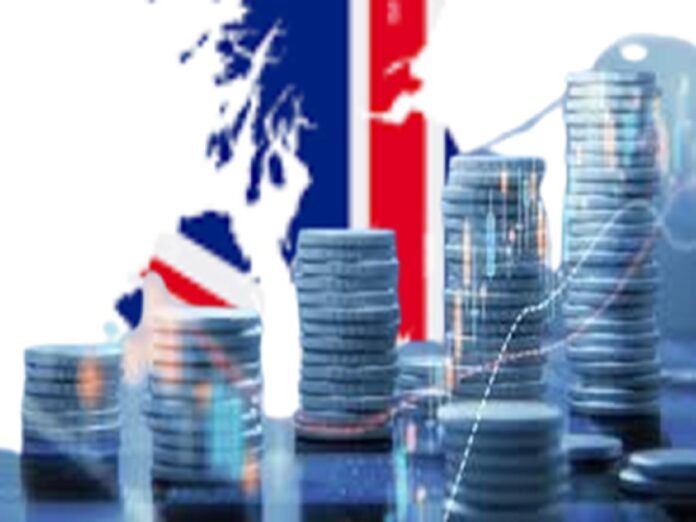 Even amidst a global pandemic and facing backlash for various political issues, the UK’s investment sector hasn’t stopped developing. The increased liquidity, equities, and interest in areas that have adapted and gained profit from the pandemic is the basis for the rising levels of venture capital investments.

2021 marks the year when the tech industry in the UK started vastly spreading, with new megarounds and unicorns rounding up to overthrow other European countries, like France and Germany.

UK’s Place on the Global Stage

This increase comes as no surprise, as David Kezerashvili, one of the investors behind InfinityVC says; “Investing in tech start-ups is driving the production of more real value, creating beneficial technologies and products, building high-quality employment opportunities, and increasing revenues across the board.”

Dr. Martin Carkett from the Tony Blair Institute for Global Change adds more details to the picture when he explains that the British tech sector has grown 10-fold in the last decade. Venture capital (VC) investment into this sector has risen from £1.2 billion in 2010 to £11.3 billion in 2020.

In a closer range – Europe – the UK doubled the take of Germany (£14.7 billion) and tripled that of France (£9.7 billion). The total cash flow in tech investments for Europe is £89.5 billion – out of which the UK takes a third. On the other hand, the dry powder in the UK tech system gave way to creating around 29 unicorns. This includes Depop, Motorway, Marshmallow, and Starling Bank. With 115 unicorns in total, the UK has more than France (31) and Germany (56) combined.

A big role in the rise of funding in the UK played the US capitol – 37% of all investments. This even topped the domestic capital of 28%.

London: The Heart of the UK

Interestingly enough, as much as all investments circle around the capital of the country, London is not the only place that accumulates venture capital. New levelling up power tech cities that take the first 3 places are Cambridge, Manchester, and Oxford. This has resulted in a variety of expert opinions.

David Foreman, managing director of Manchester-based venture capital firm Praetura Ventures, believes that a fixation on London’s tech sector prevents investments in other areas of the UK. On the other hand, Saul Klein, co-founder of London-based venture capital firm LocalGlobe, emphasises the importance of London in connecting tech clusters such as Cambridge, Oxford, and Manchester to Paris, Amsterdam, and beyond. The truth, as in most cases, is probably somewhere in the middle, but what is certain is that 9 of the 29 unicorns created in 2021 have been stationed in cities other than London.

These include Interactive Investor in Glasgow, Vertical Aerospace in Bristol and Touchlight Genetics in Hampton. This makes up for 30% of the overall number of unicorns in the UK.

However, London still holds the ‘heart of the ecosystem’ title. The minted unicorns are only a display of the 2021 surge in megarounds. There were 64 companies in 2021 valued at $100m in London, including $900 million for clean energy supplier Octopus Energy, $850 million for online events platform Hopin, and $800 million for London fintech firm Revolut in Series E.

It’s safe to assume that, unless there are drastic changes to the overall investment system in the UK, the VC fundings will continue with the climbing speed they hold now. Many US venture funds have steadily been opening offices in London, comprising companies such as General Catalyst, Sequoia Capital, Bessemer Venture Partners, and Lightspeed Venture Partners.

London-based VC firms have added a new $9.9 billion in funding in 2021. Some of the investments that were announced last year include DNCapital ($250 million), White Star Capital ($360 million), 83North ($550M), Balderton ($600 million), Anthemis ($700 million), and Index Ventures ($3.1 billion). According to David Kezerashvili, this is progress and much-needed development for the world. “There is an ongoing need for improved speed, security, and adaptability.” Startups are emerging to fill the gaps left by larger players’ refusal to change.”

Another factor supporting the growth of VC tech investment is the UK government’s increased funding for Research and Development (R&D) to £20 billion by 2024-25. The goal is to assist British businesses in becoming more innovative and productive.

Digital Minister Chris Philip believes that supporting startups across the country is an important part of their mission, and the ministry is assisting businesses with pro-innovation policies and assisting people in obtaining the skills required to thrive in this dynamic industry.

Saul Klein from LocalGlobe summarised it very well when he said the UK “has all the ingredients to become the leading tech ecosystem in the world, with record levels of R&D, financing and established tech hubs across the country from New Palo Alto in Kings Cross, to Cambridge, Edinburgh and Manchester.”