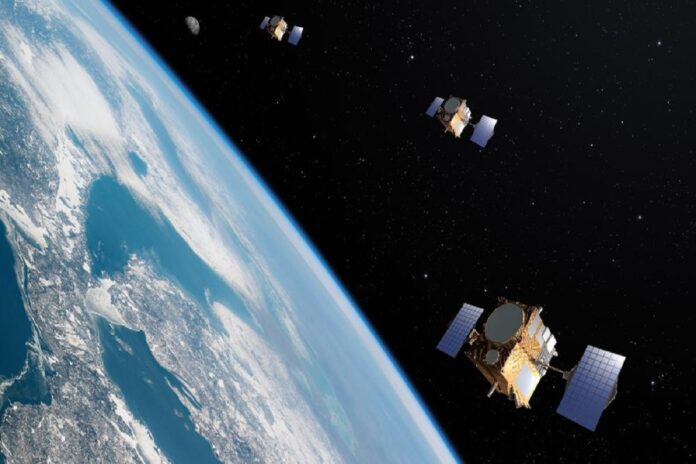 Satellites are artificial objects that are orbiting or circling a bigger object serving a variety of purposes. Depending on the application and area they’re supposed to serve, satellites are placed in low (LEO), medium (MEO), or geostationary (GEO) Earth orbits. The altitude of LEOs ranges between 160 and 1,600 kilometers; MEOs are circling the planet at altitudes higher than those of LEOs (2,000 kilometers and more) and lower than those of GEOs, which are placed at 35,786 kilometers above the Earth’s equator. Geostationary satellites are the best option for communications services as they match the Earth’s rotation and can therefore maintain a consistent connection with the ground station. Polar-orbiting satellites are mostly used for weather monitoring and reconnaissance applications, while MEOs have a proven record of uses in GPS and navigation.

Currently, according to GAO, there are around 5,500 active satellites in orbit, and this number is believed to grow exponentially to reach 58,000 by 2030. Such increase is mainly attributed to the miniaturization of hardware and software advancements leading to the recent trend for small LEO satellite constellation launches. Faster development and affordable cost of smallsats have made space accessible to both public and private organizations.

This satellite type embraces different classes of spacecraft under 180 kg, including mini, micro, pico, nanosatellites, and else. The economically attractive CubeSats composed of one or more 10 cm x 10 cm x 11.35 cm units, with their total weight ranging between 200 g and 40 kg, are the type of nanosatellites that revolutionize the space sector. They are sent to low Earth orbit in swarms for space research purposes, to capture remotely sensed imagery of the planet’s surface, or to provide low-bandwidth telecommunication services.

Over the past few years, a whopping 90 companies have been associated with the new satellite constellation endeavors targeted at several main applications. Communication services top the list enabling the Internet of Things technology adoption, while Earth observation, both scientific and commercial, follow right behind. The last and least category is space observation.

The first agriculture-focused satellite constellation of its kind

The global provider of satellite image analytics, EOSDA is planning to join the space race by launching its own LEO satellite constellation consisting of 7 optical satellite units by 2025. EOS SAT will be the first-ever swarm designed to serve mainly agricultural purposes, with possible applications in forestry and other related areas as well.

The first EOS SAT satellite is set for launch in late 2022, with six more getting into sun-synchronous orbit in 2023 and 2024. It will allow for global coverage of farmlands and forest areas with frequent revisits and passes over the same location at the same local solar time. The satellite constellation operation in a sun-synchronous orbit is going to be beneficial to multiple remote sensing applications with its optical sensors collecting image data in 13 agri-bands.

Mega-constellation satellite trend reshaping the future of the satellite industry

The current trend toward deployment of smaller, cost-efficient, and fast-to-build spacecraft led to the emergence of large constellations (or mega-constellations) that can comprise hundreds to several thousands of units in them.

The necessity to create thousands of smallsats for a mega satellite constellation brings about volume production. What was previously crafted with the hands of skilled professionals leaving no room for scalability has the potential to become automated, allowing human specialists to work alongside automatic systems or robots and reduce the time to build down to days if not hours. Mass production translates to cheaper costs, shorter periods, and better quality of satellite production. Another driver of the revolution is the advancement of launcher technologies, which allow sending of a large number of miniature, lightweight satellites into space at the same time bringing a tangible economical benefit.

Despite the many advantages that the growing number of new satellites can offer, their rapid increase poses certain challenges, such as satellite constellation management, communication, and traffic in space.

It is highly doubtful that the existing ground stations will be capable of serving and controlling the extremely large amount of spacecraft that is projected to operate in the orbit in the coming decade. The expansion and sharing of the current infrastructure, and higher automation of its operation through AI or VR technology are seen as the main solutions. Another pitfall concerns the communications satellites that rely on radio resources. Considering the number of satellites, they will need to be carefully managed in an overcrowded radio space to avoid interferences with new and old constellations. Space debris can become yet another trouble leading to financial losses: as most LEOs are not equipped with systems to avoid collisions or be removed at the end of service, they create risks of damaging other satellites.

The rapid growth of LEO satellite constellation launches calls for a change in the way space missions are operated, including at the regulatory level to efficiently handle the high space traffic due to free-space policy. However, the benefits outweigh the disadvantages of this new space trend, which promises incredible progress in the fields of Earth observations, telecommunications, and research.