February 29: 5 Interests about Leap Year that You might not Know 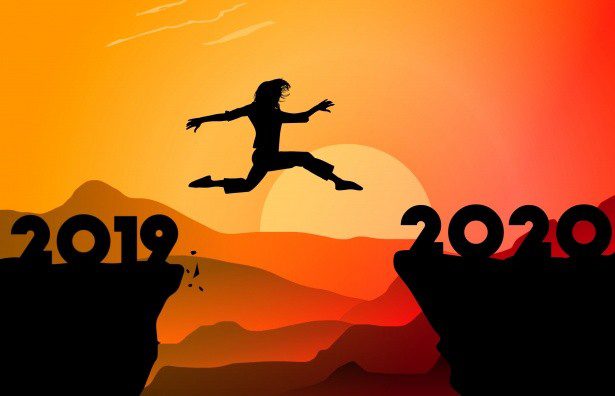 Contents hide
1 The fault is of the emperor
1.1 An opportunity for women
1.1.1 A pending revolution
1.1.1.1 Leap entrepreneurs and benefactors
1.1.1.1.1 A free birthday party in Texas

Every four years our calendars get an extra day in February. Why? And what traditions and initiatives are linked to February 29?

365.2422 days that is really what it takes for the Earth to revolve around the sun. But under the current Western calendar introduced at the end of the 16th century. It was established that a year would consist of 365 days.

And the remaining portion – 5 hours, 48 ​​minutes and 46 seconds each year is added to form an additional day every four years, as a way to keep our clocks tuned to Earth and its stations.

That day in question is added to the month of February, which is why this year has 29 days. And to celebrate the rare occasion, we share five curious facts about leap years.

In the 1st century BC, astronomers were commissioned to improve the ancient Roman calendar. It consisted of 355 days a year with an additional month of 22 days every two years.

It was thought that the calendar had been hopelessly out of sync with the stations and that is why the year of 365 days was created, with an additional day every certain year to incorporate the additional accumulated hours.

That was how the leap year was born. And in those special years, the month of February, which originally had 29 days, was 30.

But it is said that when Augustus became the first emperor of the newly established Roman Empire. He wanted to have a month named in his honour on the same days as the month of July, which honoured Julius Caesar. And in the battle for the extra days, the poor February ended up giving him one day to August.

Leap years have been associated with all kinds of rituals and beliefs, and some are related to marriage.

In Greece, some couples traditionally avoided getting married in a leap year because it was thought this would bring bad luck in the future. But in the United Kingdom leap years are known above all like those in which women can propose marriage to men. The custom became popular in the nineteenth century when women were encouraged to make their proposals on postcards. Legend has it that the Irish saint St. Patrick issued a decree granting women the right to propose the matter once every four years.

Others say it was Queen Margaret of Scotland who issued a law in 1288 that gave single women the freedom to propose marriage for a leap year, and the man who refused was fined. However, scholars have not found evidence that such a law existed.

If you receive a salary every month, leap years are bad news for you. Technically you must work an extra day without additional pay since your annual salary remains the same in years that have 366 days.

However, there is a more complex issue behind this since analyzing the economic impact of a leap year is complicated. Many statesmen around the world use adjusted figures to measure economic variables, such as GDP so that February can be comparable. So, February is considered to have 28 days plus a quarter of a day each year, whether leap year or not.

This led to a high school teacher in Maryland, USA, launching in 2008 the “Revolution to not work on leap day”. The campaign, however, has not materialized to win an additional day of vacation anywhere in the world.

There have been other, more modest and smaller “revolutions” led by those who advocate “carpe diem” (take advantage of the moment) and wish that people should volunteer and help others on the extra day earned in a leap year.

There are campaigns for people to donate, participate or raise funds for a variety of causes, from cancer research to community activities.

The key as the charity groups themselves recognize is that the bosses agree to give their workers free February 29. And it goes without saying that not everyone is willing.

But perhaps those who have more problems with leap years are those who were born on February 29. These people can only celebrate an “appropriate birthday” every four years. Many celebrate February 28, but it is not the same.

Currently, in the world there are 4.1 million people who were born on February 29. The good news is that all leap babies can have a party in the city of Anthony in Texas, USA.

This is the self-proclaimed World Capital of the Leap Year and performs a four-day festival during leap years that includes a huge birthday dinner for those born on February 29.