Can the Apple Watch Measure Temperature? 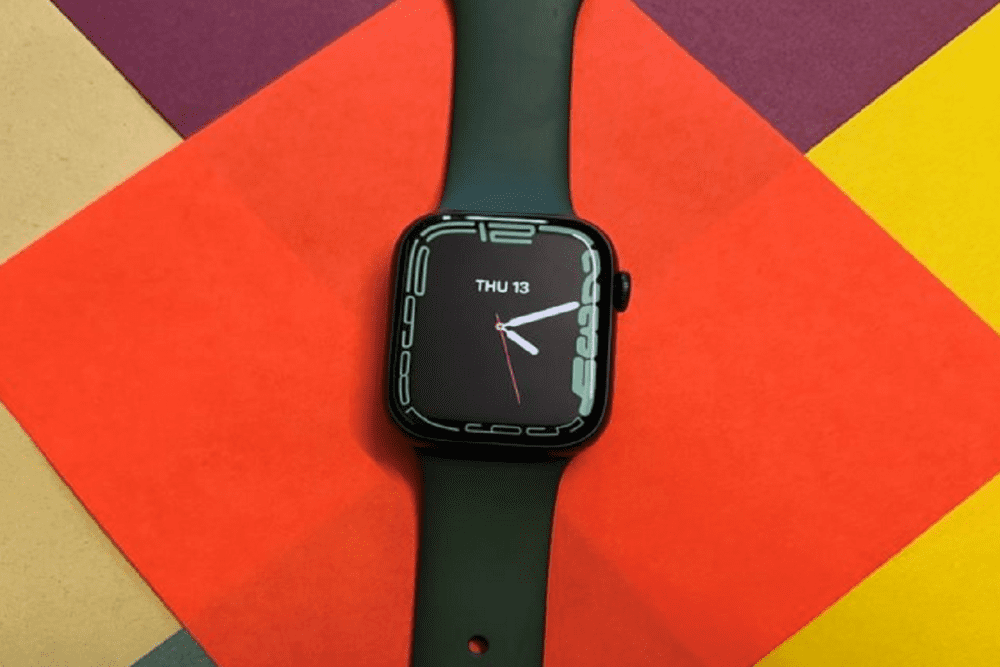 Smartwatches today come in many different varieties, but Apple Watch is considered the market’s most advanced. It is famous for a variety of good reasons. Using this device, you will be able to monitor various health attributes such as blood oxygen levels and heart rate.

What about measuring the body temperature on the apple watch? In this article, we’re going to talk about that so that you can get a definite answer to that question.

Let’s discuss your question in detail in this post and provide an in-depth response.

Can the Apple Watch Measure Temperature?

No, that’s the honest answer. It doesn’t have a dedicated thermo-sensor, so it can’t measure body temperature.

The Apple Watch Series 6 would be an excellent smartwatch if this much-needed feature were added in the future. But many may disagree.

There is nothing technically complicated or impossible about this. For example, Fitbit Sense includes this feature and other critical health metrics like FDA-cleared ECGs, heart rates, blood oxygen saturation levels, and stress levels.

This is because the temperature is not instantaneous but is an average of the measurements taken while you sleep.

If you are an Apple Watch user seeking a smartwatch that measures your ECG or your blood oxygen levels, then Apple Watch Series 6 might be the best and most optimal choice for you.

But if you want to measure your body temperature on the go, we recommend looking for another option.

For the Apple Watch, there are several apps available in the app store that monitor the temperature. Use these applications selectively as none of them can automatically measure your body temperature.

The users need to connect them to an external device to obtain reliable data. Alternatively, you can use apps such as ThermoWatch+ to record your temperature into your smartwatch directly.

The limitation, however, is that these apps aren’t capable of directly measuring body temperature.

Your digital thermometer can be used to record your body temperature directly on your iPhone if it is compatible with it.

Consider the Kinsa Smart Thermometer if you want a digital thermometer you can use on your iPhone. We ranked it as our overall best smart thermometer for 2021.

It is possible to become quite addicted to taking your temperature and synchronizing it with your phone, making it part of your daily routine.

There is no temperature sensor on Apple Watch, but one other smartwatch. Among the examples are the Fitbit Sense, Garmin Fenix 6 Pro, and the Suunto Core.

There is no other smartwatch that compares to the Fitbit Sense Advanced as far as temperature watches go. Fitbit Sense is the company’s first FDA-approved ECG watch and is considered one of the best fitness watches available.

Even though some smartwatches can measure skin temperature, they won’t replace thermometers anytime soon. Amazfit GTR 2e, TicWatch GTH, or Fitbit Sense are some of them.

The Ava device records your temperature while asleep to track your fertile days. By combining other parameters, you can estimate your productive days with a high degree of accuracy.

Is it possible to measure body temperature with smartwatches?

The body’s core temperature can only be monitored with a few smartwatches. Smartwatches aren’t perfect at detecting the skin’s temperature due to other elements such as sweat, stress, and other external oscillation factors that affect skin temperature measurements.

Is the Apple Watch Series 7 able to measure skin temperature?

How can body temperature be accurately measured?

A thermometer explicitly developed for this purpose is the best way to get an accurate temperature reading.

Do smartwatches have accurate temperature sensors?

The temperature sensor in smartwatches plays a crucial role in maintaining health and fitness. However, their accuracy cannot replace a thermometer specifically designed for this purpose.