Importance of Press Release – Learn the Benefits Before Getting It Done 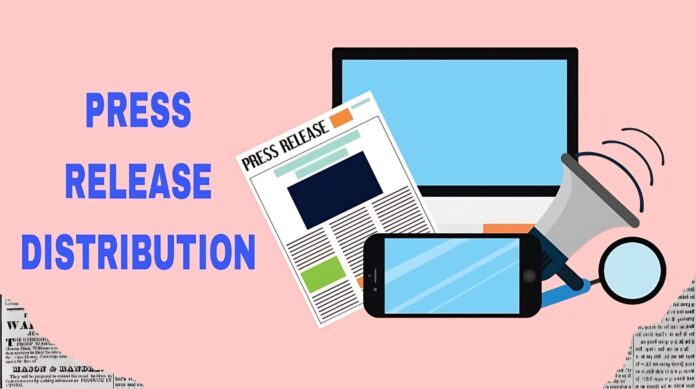 A press release is a brief, compelling news story written by a public relations professional and distributed to members of the media who have agreed to receive it. A press release’s purpose is to pique the interest of a journalist or publication. The press release should include all of the necessary information (who? what? where? when? how? and, most importantly, why?) to allow the journalist to easily create his or her own story.

Press releases, also known as news releases, are defined by the Small Business Encyclopedia as “brief, printed statements that outline the major facts of a news story in journalistic style.” A press release should be written in the third person, citing quotes and sources, and including standard press release information.

The standard press release begins with contact information, most likely the author’s name, phone number, and e-mail address. The headline is the most important four or five words in the entire press release. The headline will be the first thing the journalist reads. He will not read any further if it is not intriguing, newsworthy, and unique.

A one-line summary of the press release is frequently included beneath the headline. The summary, like the headline, should draw the reader in quickly and entice them to learn more.

This definition of a press release is simplified into four key phrases.

A business’s formal announcement: A press release is a formal and professional way of communicating business news. This is accomplished by following a predefined format that includes important details such as the dateline, header, and boilerplate.

Obtaining press coverage: The entire purpose of a press release is to obtain media coverage that will help promote the company and its latest developments.

A press release, also known as a media release, news release, or press statement, is typically written and distributed by a company’s marketing or public relations team to media outlets such as newspapers, magazines, radio stations, television stations, and websites.

These press releases can be used to promote a variety of news, such as the launch of a new product or service, company milestones, events, awards, official statements, and more.

A well-written press release that is distributed to the appropriate media outlets can help create buzz, generate leads, and even drive website traffic.

How to write a press release?

Writing a press release follows specific guidelines that cover everything from news angles to press release structure. All of them, as well as expert comments, can be found in our comprehensive guide on how to write press releases that get attention (and results!).

The release should be written on company letterhead and should include the words “Press Release” or “News Release” in the top left corner of the page. Indicate when the information will be available for the publication below this. The phrase “immediate release” refers to information that is ready for publication and can be used by journalists as soon as they receive it. You may want more time to gather additional information, or you may prefer that the journalist publish the announcement at a later date. In this case, use the phrase “under embargo until” followed by the embargo date, which indicates when the journalist will be able to publish the information. Put the “immediate release” or “under embargo until” statement below the press release date. Include contact information for the journalist, preferably in the top right corner.

Throughout the press release, use the inverted pyramid to organize the information. Include at least two quotes, one from the organization or company and one from a third party (example: customer, volunteer, a current or former attendee at the event). Put the boilerplate at the end of the document after you’ve finished with the body. The boilerplate contains information about the company or organization, similar to an “About Us” section on a company website.

Importance of A Press Release

Press releases are still an important part of any public relations or marketing strategy, even in the age of digital marketing. This is due to the fact that it is one of the simplest and most cost-effective methods of generating media coverage.

Engages the Media: A press release is an excellent way to reach out to journalists and other members of the media. It assists a company in getting its story in front of the people most likely to write about it. A company would have to rely on its own network of contacts to get its story into the media if it did not issue a press release.

Relationship building: A press release can also assist businesses in developing and nurturing relationships with journalists, bloggers, and other influencers. These connections are important because they can assist a company in obtaining future media coverage.

A press release is an effective way to spread the word about a company’s products, services, or events. It can assist a company in generating interest and awareness among its target customers.

Aids in effective crisis management: A press release can help a company control the story in the event of a crisis. By getting its side of the story out there first, a company can prevent negative media coverage from spiraling out of control.

There are an infinite number of press releases. A press release can be used to communicate any business development, event, product launch, new service, or other information to a company’s target audience. However, some types of press releases are more commonly used than others. They are as follows:

An event press release is used to promote a newsworthy event that a company is hosting, attending, or sponsoring. A press release of this type aims to raise awareness of the event, increase attendance, and generate media coverage.

A product launch press release is used to promote a new product or service that a company is launching. These are excellent ways to generate media attention and generate excitement about a new product.

A press release promoting a new company or business venture is known as a business launch press release. The goal of such a press release is to generate media coverage and interest among potential customers and investors by highlighting the project’s team and what they have to offer the public.

A rebranding press release is issued by a company to announce a change in its name, logo, or brand identity. A press release of this type is intended to inform the public about the change and generate media coverage of the action taken.

A new hire or expert hire press release is issued by a company to announce the hiring of a new employee or an expert in a specific field. This frequently results in the company becoming the talk of the industry, which may help them generate some good media coverage.

A partnership press release is issued by a company to announce a new partnership or joint venture. A press release of this type is intended to inform the public about new interests, as well as to generate media coverage and interest among potential customers and employees.

Characteristics of A Press Release

A press release contains elements that make it newsworthy and attract media attention. Here are some of the most important aspects of a press release:

A press release is newsworthy if it is of interest to the media and its readers.

Timeliness: A press release is timely if it is issued when it is relevant and of interest to the media and its audience.

Relevance: Relevancy indicates that the press release is about something relevant to the audience of the media outlet. Sports content, for example, for a sports publication.

Excellent writing: The press release is well-written and error-free. It is clear, concise, and to the point, with relevant information included.

What Is the Purpose of a Press Release?

A press release’s goal is to generate media coverage and generate buzz about a company, product, or event.

It’s a form of earned media that businesses can use to raise awareness, generate leads, and even drive sales without having to pay for it.

A press release is one of the most efficient and cost-effective ways to get a story published in a variety of media outlets in a manner that sounds natural and appealing to the target audience.

When done correctly, a press release can assist a company in meeting its marketing and earned media objectives.