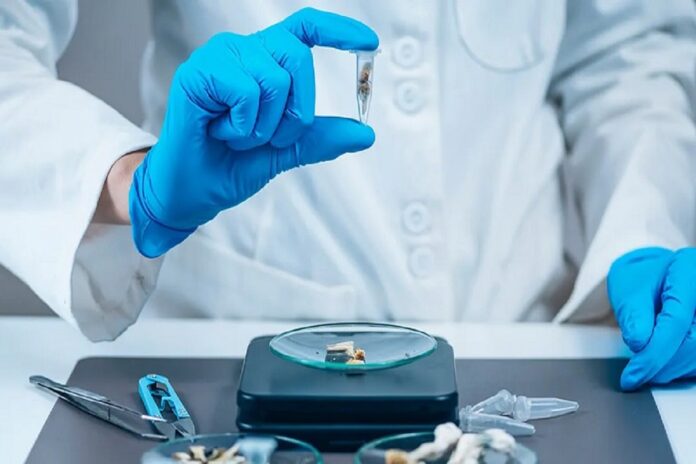 According to a new study, psilocybin works differently than antidepressants in the context of depression treatment: it allows patients to focus less on the negative aspects of their lives, the brain becomes more flexible, and, predominantly, this effect lasts for at least six months. Plenty of factual material from clinical trials of psilocybin has repeatedly shown that this serotonergic psychedelic has serious medicative potential in the medication of various forms of depression.

However, how exactly this effect is achieved is still a mystery. Physicians from the University Medical School of John Hopkins (USA) found out that after the first intake, not only LSD but also “magic mushrooms” in which the active substance psilocybin is present affect consciousness. For scientists, this was an unexpected discovery for several reasons. It is generally accepted by psychologists that a person’s character finishes forming at the age of 25-30, after which it remains practically unchanged. While the presence of psilocybin on the human psyche is the most noticeable change in the psychological portrait.  “This is one of the first studies to show that the character of an adult can be greatly changed” – says Katherine McLean, Ph.D. of the university.

Scientists are inclined to believe that it is not the drug that tends to change the character of people but the sensations and mystical experiences it causes. According to the people interviewed by researchers, they say that one of the most dominant excitement in their lives was the intake of the mentioned drugs. Moreover, transcendental sensations do not seem less vivid to people because they are caused by a chemical stimulus. Now scientists are conducting a new experiment with psilocybin, combining it with meditation. They want to know if this can enhance the resulting openness and help people break free from negative thought patterns.

There are many popular terms for psilocybin mushrooms, the most common being “magic mushrooms”. Psilocybin mushrooms contain the psychoactive compounds psilocybin and psilocin. The more often they are taken within a short period, the weaker the end effects, as a result, they create a short-term gain in user tolerance, which contributes to the difficulty of their abuse. In consumption, psilocybin breaks down to form psilocin, which is known for its psychoactive effects. According to studies, in those who have taken psilocybin mushrooms, the character of a person changes in the direction of “openness”. Researchers consider that the effect remains for life. Psychologically, this means that people become more open to new sensations, they develop imagination and curiosity, and there is a craving for emotions and art. Psilocybin is one of the most famous psychoactive substances that scientists continue to study. After all, it is a possibility of application for therapy in psychology and psychiatry. It may be, for example, helping cancer patients or people who give up smoking.

Norwegian University of Science and Technology in Trondheim, whose study results noted that LSD, psilocybin, and mescaline not only do not cause long-term mental health problems but are mixed in many uses in people with lower levels of mental health problems. A psilocybin chocolate bar with psilocybin mushrooms basically produces an effect on the mind and lasts from 3 to 8 hours. Depending on dosage, scheduling method and personal metabolism. As with many psychedelic substances, the effects of psychedelic mushrooms are abstract and may vary between users. However, such an effect can change the perception of time and last much longer due to psilocybin’s ability.

A modern take on sacred ancient medicine is pairing dried psilocybin mushrooms with Callebaut chocolate from Belgium for Cheyenne Dehier of STEM Chocolate. “Traditionally, the combination of psilocybin and cocoa is known as the Aztec combination,” explains Dehier. “The name of cocoa comes from the scientific name Theobroma cacao, meaning “food or nourishment of the gods.” The Aztecs called the psilocybin mushroom Teonanácatl, which translates as “the flesh of the gods.” In an effort to open people’s minds to the many benefits of safely consuming medicinal mushrooms, the entrepreneur developed a STEM to produce psilocybin-infused chocolate. “We are aiming to eliminate the stigma surrounding this magnificent view,” says Dehier. “We were forced to create STEM to disrupt the industry as we know it by presenting this drug in a more sublime and accessible form.” STEM chocolate is no ordinary dark/milk/white variety. Instead, think exotic scents like cardamom, lavender, and yuzu. “The most popular mushroom STEM chocolate bar flavors are Cookies & Cream Dreams, Caramel Gold Rush, and our premium Passionfruit Triptych, made with Penis Envy mushrooms, Valrhona chocolate, and real 23-carat gold,” says Dehyer.

The benefits of blending cacao and psilocybin

The tradition of combining cocoa and psilocybin is about a thousand years old and dates back to ancient healing ceremonies. “Their strong synergy is known to enhance the action of psilocybin and guide the spirit on the journey,” says Dehier. “Together, psilocybin mushrooms and cocoa give the psychedelic experience great depth. Traditionally, psilocybin mushrooms are said to open the mind, while cocoa opens the heart”.  In addition, the unique advantage lies in their combination. Cocoa is not a psychedelic – it is a kind of stimulant. However, it contains MAO inhibitors, anandamide, and other dynamic natural compounds that help elevate mood and feelings of pleasure. A spokesperson for STEM Chocolate claims that these features help enhance the effects of psilocybin. Everyone knows that cocoa is rich in natural fats (and here is cocoa butter), which increases the absorption of psilocybin.

To sum up: psilocybin as progress for health?

“These findings are important because, for the first time, we are finding that psilocybin works differently than conventional antidepressants, making the brain more flexible and fluid and less rooted in the negative thought patterns associated with depression,” said David Nutt, a professor at Imperial College London. “This confirms our initial predictions and suggests that psilocybin may be a viable alternative approach to treating depression.” It is important to note the researchers’ warning that people with depression should not self-medicate, as taking psilocybin mushrooms outside of a clinical setting does not guarantee a positive outcome.