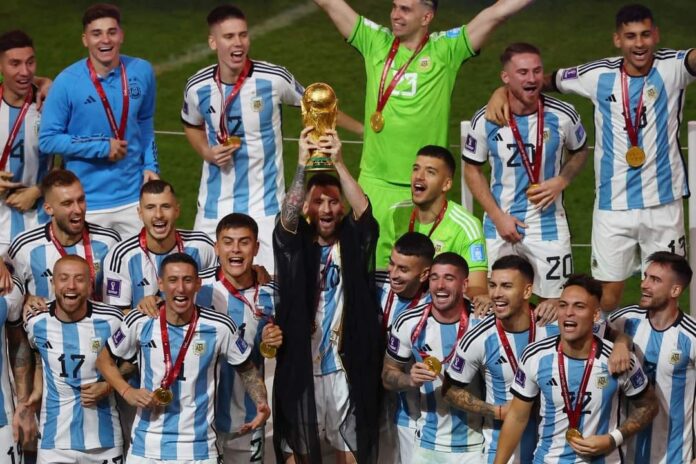 According to Google’s “Year In Search 2022” report, the FIFA World Cup 2022 was the third most-searched topic in India.

CEO Sundar Pichai tweeted this morning that Google search had its “highest ever traffic in 25 years” during the FIFA World Cup 2022 final between Argentina and France. He added, “It was like the whole world was searching about one thing!”

Search recorded its highest ever traffic in 25 years during the final of #FIFAWorldCup , it was like the entire world was searching about one thing!

Argentina, led by Lionel Messi, won a close game against France at Qatar’s Lusail Stadium last night. Argentina took an early lead, but the game really got going when French striker Kylian Mbappe scored two goals in quick succession to help his team make a stunning comeback. After that, there was a tough extra time, and when it was over, the score was still 3-3. The game didn’t end until a penalty shootout, where Argentina beat France by a small margin.

People were talking about Messi, Mbappe, and the FIFA World Cup final on social media last night as they watched the game and looked up information about the players and teams.

The return of outdoor sports to the center of attention after two years of pandemic also added to the huge buzz around the football world cup.

Even though India wasn’t in the World Cup, people all over the country watched it on TV and cheered for their favorite players and teams.

Google’s “Year In Search 2022” report, which came out earlier this month, says that the FIFA World Cup 2022 was the third most searched topic in India.