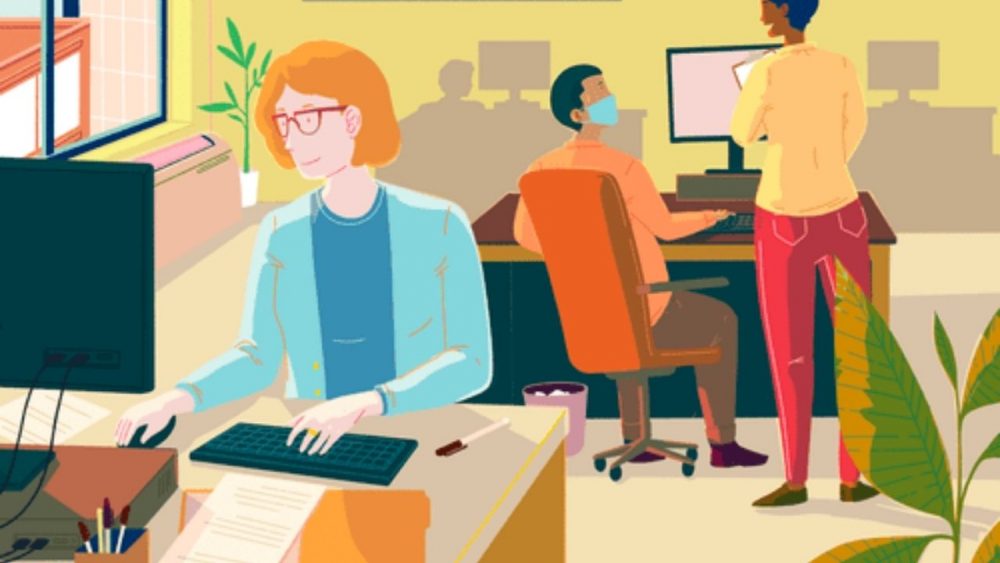 Some changes were taking place in the job market and people were unsure about how they were going to get through. While there were some changes from the time that the virus started spreading, the markets and companies started bringing their staff back to the office, there were changes that they had to get through. While the unemployment rates were now moving down, with vaccines, weaker and milder strains, and all the preventive measures, people were now a lot safer.

Some of the reasons that the situation was not getting any better were that people were not looking to get through the process. Many were waiting for the situation to get a lot better before coming into work. Others were unsure about the changes and did not know how to get through.

Other factors include the Government has been pushing out schemes to assist companies across the UK so they would reduce the number of people they lay off, which increases the number of people working on paper but in reality, companies cannot afford to keep them. The Government was looking to assist with the situation in as many ways as they could, which led to people taking their time to get back to work and figure things out.

One of the most popular Government schemes was the emergency wage subsidy scheme. According to this scheme, the Government was paying 80% of workers’ wages up to £2,500 every month. They managed to get through and protect about 8 million jobs at approximately 1 million companies in the initial weeks of the program.

Companies were now only working with their most efficient employees since they were cutting down their expenses and trying to get as much done with as little. According to one survey, the first attempts to gauge the economic fallout showed employees from company payrolls dropping by 450,000 at the beginning of April as the staff was laid off and hiring ceased. Additionally, the number of people claiming unemployment benefits significantly increased in the first three months of the lockdown to almost 2.1 million.

From all companies shutting shop with people losing their jobs, the highest dynamic belonged to the youngest and oldest people. These times are also making it difficult to find out exact details since the Coronavirus has made the entire process a lot more confusing. Most companies said that they have to embrace the new normal and they have started work as best as they can through online meetings and remote working. Whether they are having internal or professional client meetings, they handle them online for the most part and meet people whenever they can keeping all the norms and safety standards in mind.

A lot of the younger employees also started working on their jobs and some were even monetizing their hobbies to make some money on the side. others managed to turn this into a lucrative career which was another blessing they could get through.

Employers are now conducting interviews and other meetings over video calls and not in person, which means that they are no longer meeting, which reduces the chances of anyone catching the Coronavirus.

With unemployment in the UK staying steady at 3.9%, everyone is looking at the unemployment rate and assuming it is stable since it has been at the same number since the beginning of the year. However, if they go through the numbers of people losing their jobs, nothing is as stable as it seems. The UK currently has three million people out of work and availing Government benefits since the pandemic started, one of the highest increases the country ever saw. If the number of people losing their jobs and seeking benefits is increasing, why isn’t the unemployment rate changing?

There are many reasons for a stable unemployment rate, with the primary one being that majority of the people who lost their jobs are not looking to get back into the workforce anytime soon. Most of them are waiting for the virus to get a little better or for the healthcare workers to get closer to a cure.

The information gathered for most of these tests is not perfect since it is tallied three months later. Additionally, gathering details has been challenging in light of the pandemic, which brings the information collected into question. Everything considered the Government’s methods of calculating unemployment do not provide an accurate picture of what is happening, although for the time being it makes sense to look at the claimant count rather than the labor force survey.

To prevent more people from getting sick or the spread of the second wave of the Coronavirus, the Government was considering changing the type of schemes they were running slightly. One of their ideas was extending sick leave to allow staff to self-isolate if they discover they have coronavirus symptoms. They wanted to incentivize people to stay at home, especially from catching the virus to reduce the spread. Without this step taken, it seemed that a large number of people would avoid getting tested and spread the disease faster.

When it comes to the job market in the UK, about half of all workers are employed in jobs requiring significant physical interactions and therefore have a much higher risk of contagion. Strong occupational safety and health standards, defined and enforced by public authorities and by social partners, remain a top priority.

Many employers have started handling background searches on the people within their company to make sure they are hiring people they can trust and who fit the job description. They could get an online Crb Direct background check which provides them with all the information they could need. If they want more information than just whether the person had a criminal record, they can handle gathering that through an enhanced DBS check, which is now possible through their website. It told them whether the employee matched the requirements of the company. Many online background check platforms helped companies with this information and the coordination to gather it.

Companies no longer met the people they hired, which is one of the main reasons why they had to start conducting background checks on the people working in their companies. Most companies can get all the information they need through a background check. However, a few companies would need a little more than basic information for which they usually need to conduct an enhanced DBS check and is only relevant to particular jobs.