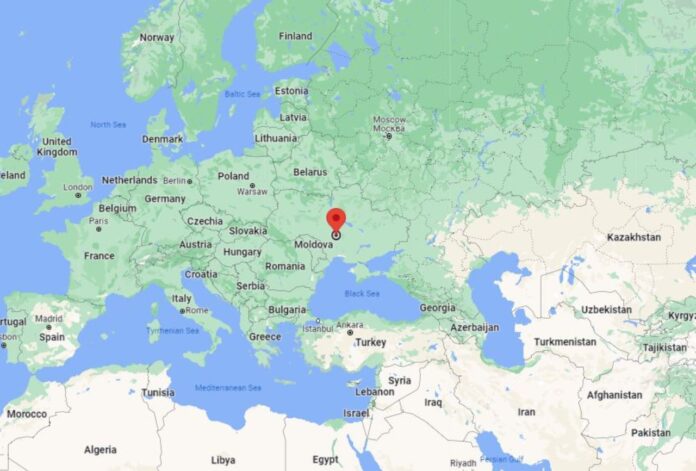 As Russia’s invasion of Ukraine continues, a satellite image tweeted by @detresfa – a worldwide researcher with The Intel Lab, which contains detailed analysis by geopolitical intelligence professionals – shows how the conflict has wreaked havoc on the eastern European country. The image, which was shared on Twitter, shows miles of farmland covered with ‘burn and impact scars produced by skirmishes and shelling,’ as well as residences that appear to be on fire.

Ukraine, which is home to nearly 43 million people, was invaded by Russian soldiers on February 24, with Moscow making steady, if gradual, progress towards Kyiv, the capital. According to a report by The Kyiv Independent, explosions were heard throughout Kyiv overnight, as combat raged in regions outside the city, including Bucha, Ispin, and Hostomel. Russia has taken control of Kherson, a port city, and a few other towns, including Melitopol, as well as the Zaporizhzhia nuclear power plant and the abandoned Chernobyl reactor.

On Saturday, Zelenskyy and other officials claimed that Russian forces had kidnapped Melitopol Mayor Ivan Fedorov. ‘A group of ten occupants seized the mayor of Melitopol, Ivan Fedorov,’ Ukraine’s parliament announced on Twitter. He was adamant about not cooperating with the enemy.’ Russian forces have also encircled towns such as Mariupol and launched a barrage of rocket and missile strikes against civilian targets, including hospitals.

An airstrike in Mariupol, Ukraine, killed three persons, including a child, and injured several more (on what date). President of Ukraine Volodymyr Zelenskyy described the airstrike as a “war crime”. The walkout, according to the Mariupol city council, caused “colossal devastation.”

The UN Security Council convened on Friday at Russia’s request to address Moscow’s allegations that the US is sponsoring “military biological activity” in Ukraine. The US retaliated by accusing Russia of’spreading disinformation’ during a UNSC meeting as part of a possible false-flag operation for its own use of chemical or biological agents in Ukraine.

This comes only days after US Secretary of State Antony Blinken warned that Russian President Vladimir Putin could “fake charges of chemical or biological weapons to justify its own brutal attacks against the Ukrainian people.”