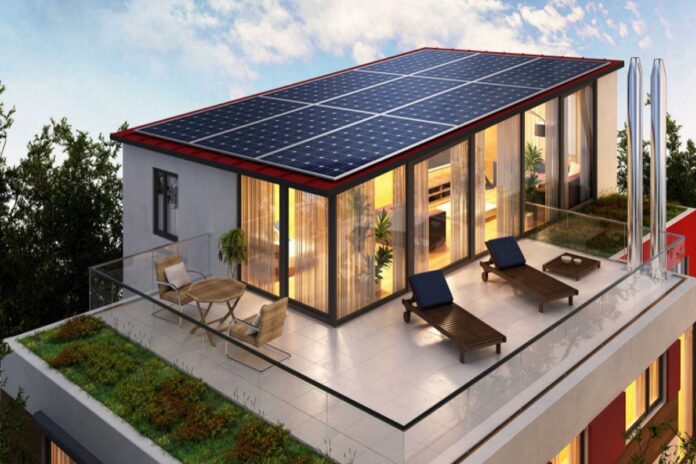 The off-grid solar system (also called the photovoltaic island system) is a subtype of the PV system. Power is generated independently, and there is no connection to the public power grid. It is often temporarily stored to make the energy usable throughout the day. In addition to the island system, a distinction is made in photovoltaics between a feed-in system and a zero-feed system.

The right solar system for you should not only depend on your power requirements but also other factors. All important factors for the decision and tips for purchasing an off grid solar system can be found here.

Depending on your system’s nominal output, you can feed the electricity that you no longer need into the public grid for 8.20 cents per kilowatt hour (kWh) (as of August 2022). You then obtain electricity from the public grid when there is heavy cloud cover or in the evening when the sun is no longer shining.

The difference between a zero feed-in system and a normal one is that the excess self-generated electricity cannot be fed into the public power grid. The PV system is configured so you cannot feed any electricity into the grid, but the system is expanded to include a solar power storage unit.

This is a specially developed lithium ion solar battery that temporarily stores the total solar power of the day. Then it can be used at a later date for personal needs. If you have a zero-feed system, you will not receive any feed-in tariffs, but you will save yourself a lot of bureaucratic work. The feed-in of self-produced electricity requires a business registration.

Solar cells produce the most electricity when the bright sun shines during the day. However, because most households only consume most of their electricity in the evening, households with a simple feed-in system without storage often lack electricity and have to buy additional external ones. Thanks to the additional electricity storage, the zero feed system helps to save costs and additional self-sufficiency.

The off grid solar system 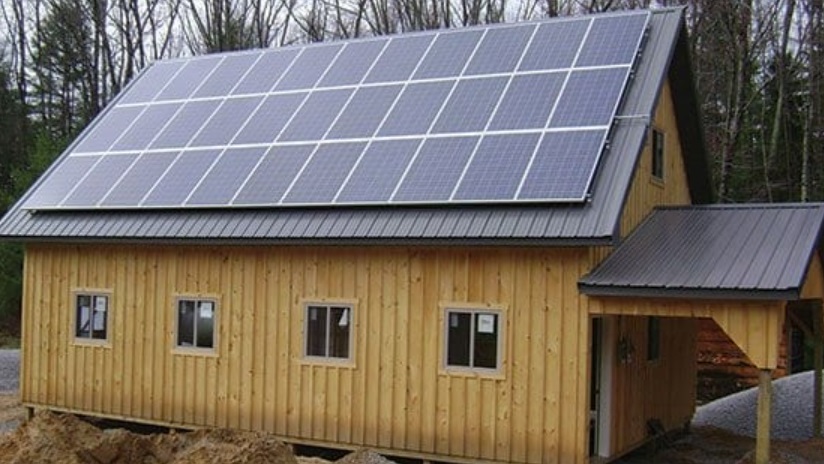 However, the big difference with the stand-alone solar system is the missing connection between the house and the public power grid. This means that there are no costs for purchasing external electricity. At the same time, however, the household completely depends on the hours of sunshine and self-produced solar energy.

The stand-alone solar system is a common model for caravans because complete independence from the power grid must be guaranteed when traveling or camping. Mini PV systems are often used here, integrated on the roof or the ground.

The construction of a off grid solar system

However, a solar battery that stores the total solar power is essential for the stand-alone solar system. The charge controller is also very important. This controls the charging and discharging of the solar battery to prevent battery overcharging.

When does a stand-alone solar system make sense?

Is it worth the risk of not being connected to the public power grid? And in which cases does it definitely, make sense to choose the stand-alone solar system?

The first logical situation for using an off-grid system is when connecting to a public power grid is simply impossible. This is often the case in mountain huts, boats, or remote regions in developing and emerging countries. These areas would often live without any electricity if there were no possibility of a off grid solar powered generator system.

Apart from that, it makes a lot of sense to use an off-grid solar system if houses are not occupied all year round (e.g. only in the summer months) or have a very low power consumption. This category mainly includes holiday homes and garden houses. The installation of a stand-alone solar system is more worthwhile here than in a single-family house with high electricity consumption throughout the year.

Are off-grid systems subject to registration?

According to the EEG, photovoltaic systems must be reported, whereby the location and output of the system must be reported. The island system is the exception and can be installed with little or no bureaucratic effort.

Which factors do you have to consider before buying a stand-alone solar system?

Before investing in a stand-alone solar system, you should pay close attention to a few key figures. In addition to the efficiency and maximum output of the system (measured in kilowatt peak), the key figures of the storage system must also match your needs exactly.

The most important criteria are storage capacity, maximum discharge depth or usable capacity, efficiency, and service life. Added to this are considerations of the region’s climate, such as the average hours of sunshine and the regularity of the sun.

Make sure that the system’s maximum output is significantly higher than your actual consumption. This way, you can be sure that you always produce enough electricity – even if the sun doesn’t shine for a while. The rule of thumb for the off grid solar system is a maximum output that is at least 1.2 to 1.5 times the amount of your electricity requirement.

If you only have little space available, you should use solar modules with higher efficiency. Monocrystalline solar modules have the highest efficiency with over 20%, closely followed by polycrystalline modules (approx. 17%). However, thin-film modules only have an efficiency of around 7%, so they are very inefficient in comparison. If you opt for thin-film modules, you would have to install three times as many PV modules as the monocrystalline variant to achieve the same output.

Which battery to use for a stand-alone solar system?

When selecting a battery for an off-grid system, the following factors should be considered.

Likewise, the regularity of the sun plays a role in the choice of storage. The more erratically the sun shines on you, the larger your memory needs to be. With this, you can easily bridge a few days without sun.

Since the stand-alone solar system is not connected to the public grid, you never have the option of drawing external electricity. Therefore, you should first inform yourself thoroughly and seek advice from an expert before you make your decision.

The stand-alone solar system is only perfectly suitable in a few cases. For example, if your electricity consumption is low, you only use electricity in the summer months, or your system is installed in a remote area.

If the completely self-sufficient power supply is not that important to you, then a simple feed-in system with storage is the best choice in most cases. Because it is cheap and flexible at the same time, you can earn money by feeding it into the grid, and an optional storage system ensures that you use a lot of the electricity yourself. In addition, you get a refund of the 19% sales tax and can draw electricity from the public grid at any time.