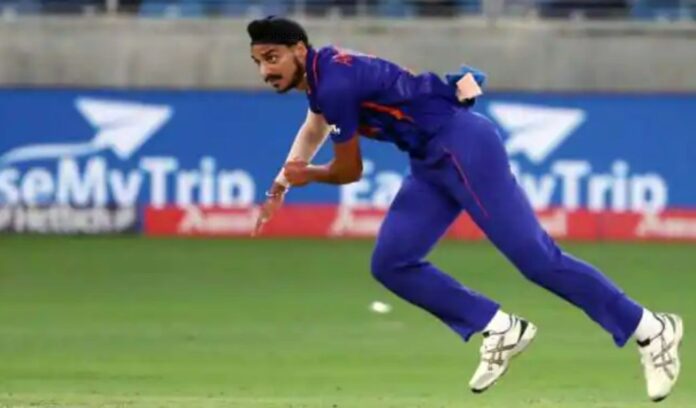 Arshdeep Singh’s return to the team in the 2nd T20I against Sri Lanka was a forgettable one. He bowled 5 no-balls, which was a bad sign. The left-handed pacer was having trouble finding his rhythm, and in the first 18 overs, he only threw one over. When Arshdeep was brought back to bowl in the 19th over, he threw two more no-balls.

Dasun Shanka got a big break because of his no-ball, which cost India a lot of money. Suryakumar Yadav made a brave catch to get rid of Shanaka in the 19th over, but it was a no-ball, so his hard work was for nothing.

Arshdeep Singh set a bad record when he threw 5 no-balls. After Hamish Rutherford, he is the second bowler from a full ICC member country to throw 5 no-balls in a T20I.

Most no-balls by an Indian

Arshdeep broke another bad record by bowling the most no-balls of any Indian bowler. He has stepped out of bounds 12 times in 74.1 overs. Jasprit Bumrah comes next with 8 no-balls in 213.5 overs. Since his T20I debut in 2016, Yuzvendra Chahal has thrown five no-balls and is currently in third place.

Sri Lanka had a huge score of 206/6 on the board, thanks to Dasun Shanaka’s great half-century. The visiting team’s first few runs were good, and Kusal Mendis and Pathum Nissanka scored 80 runs together before the first wicket fell.

To Know More: How to Download a Fantasy Cricket App?

In the middle, India made a comeback, and Sri Lanka was having trouble at 138/6 after 16 overs. Shanaka took over in the last four overs and hit every bowler out of the park.

The Sri Lanka captain was still unbeaten with 56 runs after only 22 balls. He hit 6 sixes and 2 boundaries in his hit. In the last four overs, SL made 68 runs without losing a wicket.

India’s run chase got off to a bad start, and they lost three wickets in the first three overs. Rahul Tripathi, Ishan Kishan, and Shubman Gill, who were all making their debuts, left the chase early.