Who Scored the Fastest Century in IPL? 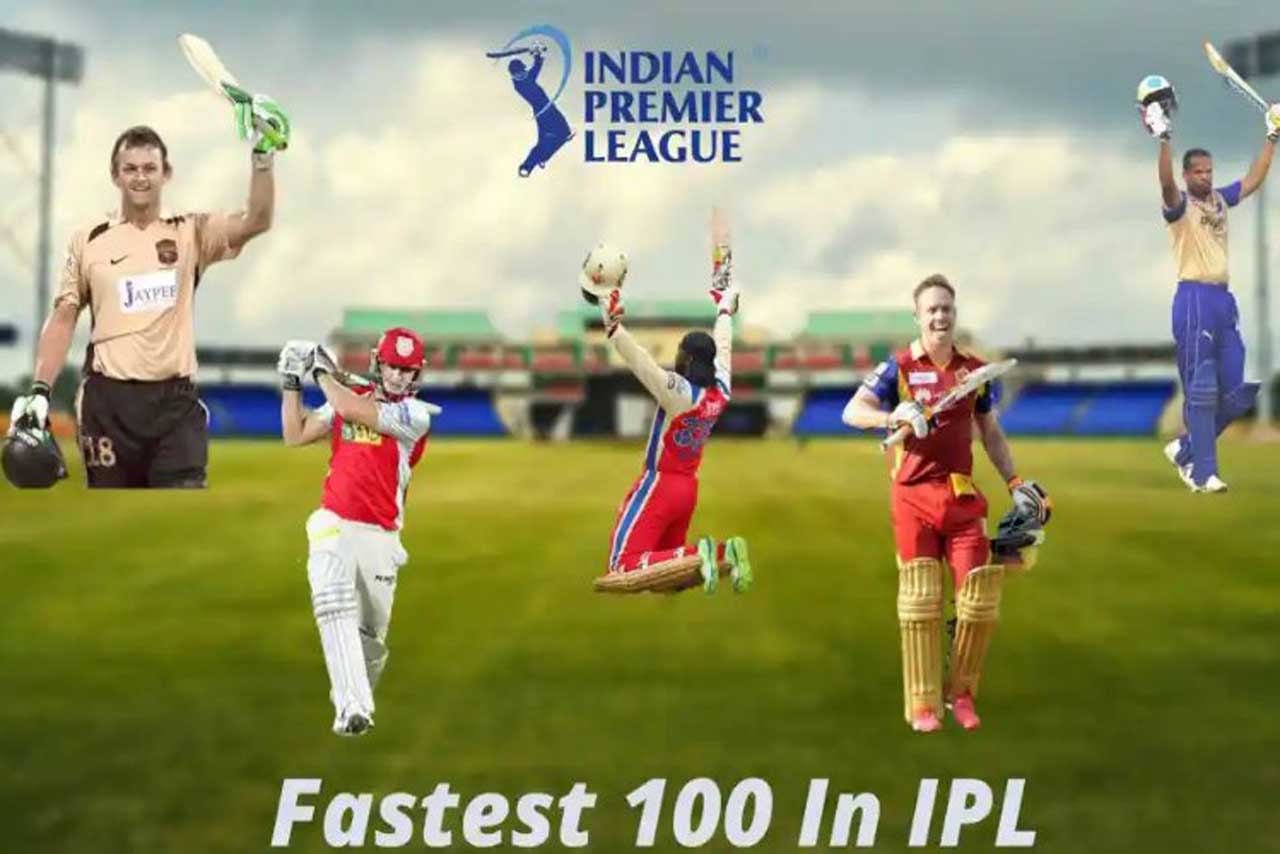 In world cricket, players representing their national teams have scored the fastest centuries and earned laurels. When it comes to Test cricket, the fastest century was scored by New Zealand wicketkeeper-batsman Brendon McCullum. The New Zealander achieved this feat against Australia in his final test match as he scored a century in just 54 deliveries.

In ODI cricket, the fastest century has been slammed by the South African superstar AB de Villiers. Mr. 360, as he is fondly known in world cricket, smashed the West Indian bowlers all around the park as he went on to score a century in just 31 deliveries. This is widely considered to be one of the best individual batting efforts made by a cricketer in world cricket.

In T20 Internationals, the fastest century was scored by David Miller of South Africa. The batsman slammed a century in just 35 deliveries against Bangladesh. This is a record that was later matched by Rohit Sharma. The Indian opening batsman achieved the same against Sri Lanka just a couple of months after David Miller’s stunning effort.

However, those who follow cricket regularly, especially the IPL, shall be familiar with the lack of one big name in the above list of players. Chris Gayle immediately comes to mind when one thinks of big hitting and fastest centuries. The West Indian batsman has enthralled audiences for years, and it is only fitting that the showman made his mark in the Indian Premier League by scoring the fastest century.

Chris Gayle reached his century in just 30 deliveries. This was a major milestone as this occurred back in the year 2013. In 2013, there was no batsman in the world that had scored a century in less than 35 balls. Back then, the Caribbean superstar was representing the Royal Challengers Bangalore who was playing against the Pune Warriors India. The day was historic for Chris Gayle as he not only broke the record for the fastest century in the Indian Premier League and the whole world, but he also went on to rake up a total of 175 runs at the M.Chinnaswamy Stadium in Bangalore. His score is the highest in T20s across the globe to date, and the century remains the fastest in the Indian Premier League.

His innings of 175 runs comprised of 13 fours and 17 sixes which was again a record in the IPL in terms of boundary count. This innings helped the team total reach a mammoth 263 runs, and that too is a record in the Indian Premier League for being the highest total by a team.

The West Indian batsman started his innings rather quickly as he came out as an opener and raced off to the half-century mark in only 17 deliveries. While this may be considered to be relatively modest by today’s standards, the swashbuckling southpaw then went on to pile the misery for the Pune Warriors India by scoring his second fifty in just 13 balls, thereby reaching the century milestone in just a total of 30 deliveries. Furthermore, the Caribbean superstar scored the remaining 75 runs of his innings within 36 balls.

Any scintillating innings produced by the West Indian superstar is always dubbed as a “Gayle Storm” by fans even in recent times while checking cricket live score today. Hence, one can certainly say that this innings by Chris Gayle was not just a storm, but it was a mega-storm, and thus, one can safely ascertain that the biggest Gayle Storm of all time has indeed turned out to be the fastest century in the Indian Premier League.