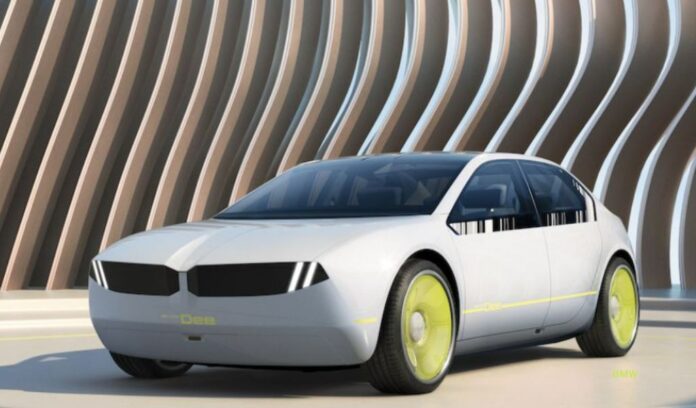 BMW, a German car company, has made a car with a unique feature that may make police work harder. The car company showed off a prototype of a car whose color can be changed in just a few seconds. The car also has digital features, such as a screen inside the windshield that shows driving information.

This car, called the I Vision Dee, was shown at the Consumer Electronics Show in Las Vegas. Former California governor and “Terminator” star Arnold Schwarzenegger was there.

“The BMW I Vision Dee is a good example of what can be done when hardware and software work together. This lets us use the full power of digitalization to turn the car into a smart companion “CEO of BMW Oliver Zipse said.

“This is the future of car companies, including BMW: combining the virtual experience with real driving pleasure.”

At the same event last year, BMW showed off a car that could change color, but only from white to black and shades of grey in between. But the new car’s body can be a rainbow of colors, a single color, stripes, or checks.

The BMW I Vision Dee is just an idea for now, but it is supposed to influence how the luxury automaker designs cars in the future.

For example, in 2025, you will be able to choose to have information like speed or direction flash on the windshield.

\\ i can talk, listen, respond, change colours, take you to virtual worlds… and I look pretty good from any angle too, if i do say so myself// #DEEMW #THEiVisionDee #TheUltimateCompanion pic.twitter.com/F0y5gfoqb2

BMW has also brought up the idea that “real and virtual worlds” technology could be used to project augmented reality images on the windshield and turn it into full-fledged screens. Oliver Zipse, the head of BMW, said the idea is to use software to make “the ultimate companion” that gives a personalized driving experience. Dee stands for “digital emotional experience,” which is what the name means.

Schwarzenegger made a joke about a prototype that was full of all this new tech. “I was a little worried because machines were usually the bad guys in my movies. Now that they are on your side, “he said.