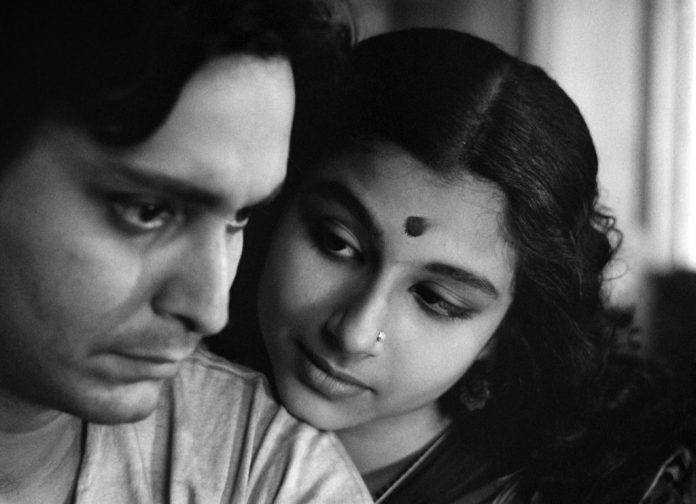 Legendary Actor Soumitra Chatterjee died on Sunday after more than one month long battle with post-Covid ailments. He was 85.

Sharmila Tagore shared her feelings after the demise of Soumitra Chatterjee with Anadabazar yesterday, said a report of Anandabazar.

She lost one of her oldest friendships, which began when she was a teenager, she told Anandabazar. Tagore and Chatterjee began their career with filmmaker Satyajit Ray’s final installment of the “Apu” trilogy, “Apur Sansar” in 1959. They later featured in acclaimed films, including Ray’s 1960 directorial “Devi”, filmmaker Ajoy Kar’s drama “Barnali” (1963) and “Aranyer Din Ratri” in 1970.

That was the first conversation with Soumitra Chatterjee in “Apur Sansar”, a legend in the history of the film. Some of the shots in that picture are memorable.

Aparna Sen broke down into tears while giving an interview to the media. She said his demise will always remain an irreparable loss.

They together did many Bangla films and were good friends, Sen, also a director, said.

Soumitra and Sen recently worked together in the ‘Bahman’ and ‘Basu family’. He used to tell stories, read books, listen to music when he went to the shoot, she added.

Farida Akhtar Poppy, known as Babita, played the role of Ananga in the 1973 film “Ashani Sanket” by Satyajit Ray with Soumitra Chatterjee.

Babita, who is a Bangladeshi film actress, in an interview with BBC Bangla, recalled his acting with Soumitra.

Babita went to the Shanti Niketan in Birbhum to play the role of Ananga, wife of a Brahmin priest, in the film. “I was very young then. I was 15/16 years old. I didn’t know much about Soumitrada,” she said.

“I have seen the picture of Apur Sansar, The World of Apu. I did one picture in Dhaka before that. I had little experience in the film until then,” she added.