How to Torrent Anonymously and Safely?

Torrenting should be a safe and legal way to share and transfer files, as long as you know what you are doing. First, remember that torrenting is safe if you follow basic rules and common sense, such as not downloading content from public index sites (or trackers), checking the torrent’s health and size to identify potential malware, and encrypting your traffic. Second, note that torrenting is not illegal as long as you keep away from downloading copyright content or participating in Intellectual Property infringement. But since torrenting has had a bad reputation as it is often associated with pirate content, ISPs will frequently block torrenting traffic. Remember that you can always download safe and legal content from trusted torrent index sites, but you might still be targeted and banned for using torrents.

So, if you want to know a couple of ways not to get caught torrenting and avoid being blocked, keep reading! 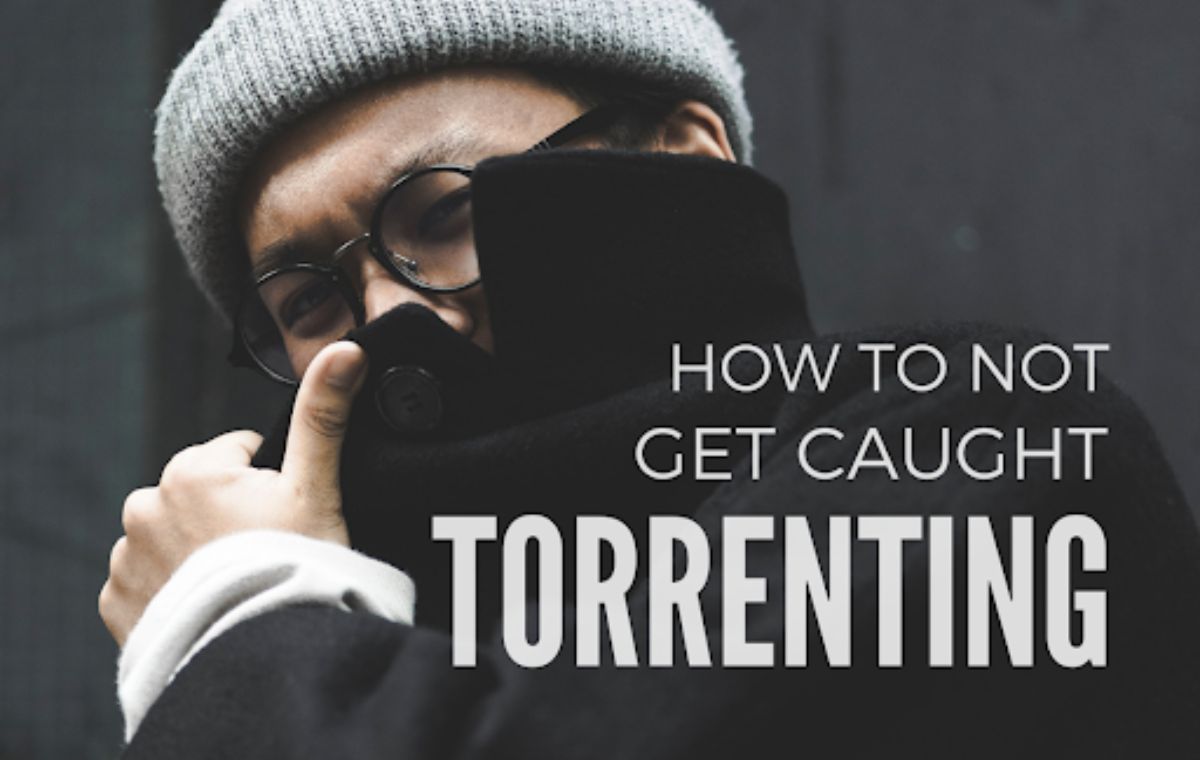 In this post, we listed four ways (and three additional ones) how not to get caught torrenting. Use one or two methods here, and you’ll be able to torrent anonymously. The methods mentioned below vary in level of security and speed, but in one way or the other, they will protect your privacy and anonymity while torrenting over the Internet.

So, How Not to Get Caught Torrenting?

In the following section, we listed four ways (and three additional ones) to protect yourself when torrenting. Use one or two methods shown below. The methods vary in security and speed but generally, they will help you protect your identity and anonymity while torrenting.

A. Use a VPS Seedbox.

A Virtual Private Server (VPS) Seedbox is the first method for not getting caught torrenting in this list for many good reasons. A seedbox is a server (usually virtual but can also be bare metal) built especially for 24/7 torrenting. You can get a cloud-based seedbox ready to torrent at high speeds and with the best security measures from a trusted provider.

How can a Seedbox help you not to get Caught Torrenting?

A seedbox is a server deployed on a high-speed data center (in countries with friendly data laws) that is allowed to connect to private trackers and usually to public trackers. The IP address used for torrenting is the seedbox’s. In addition, when you download a torrent with a seedbox, you are also using the assigned machine resources. You only connect to the seedbox (with your IP) to manage torrents, but the seedbox takes the risk and the heavy lifting of torrenting.

Virtual Private Networks (VPNs) were designed initially for large distributed networks to save them some money by not having to install dedicated lines to connect their branch offices to their headquarters. Using the Internet or public network was too risky, so a VPN gave these enterprises a way to join distant networks using an encrypted tunnel across the Internet. VPNs depend on a client and a server and encryption methods to create an encrypted tunnel. Modern uses of VPNs range from providing online privacy to unblocking geo-restricted content.

How can a VPN help you not to Get Caught Torrenting?

The best VPNs can create an encrypted tunnel so that your computer (VPN client) can hide its entire traffic, including BitTorrent’s, in the tunnel. This means that the ISP will not be able to read your traffic. In addition, the torrent swarm uses the VPN’s server IP (not yours) to participate and share content. So no copyright trolls or hackers would be able to know your data.

C. Use a Proxy

A proxy is another excellent way to help you not to get caught torrenting. It has many other purposes and uses, but generally, it is a server deployed in the middle of your traffic. The proxy intercepts traffic to control inbound/outbound Internet usage, masking your IP, or protecting web servers from inbound “risky” traffic. Proxy servers (as opposed to VPNs) do not encrypt your traffic; they only mask your IP address. Proxy servers like the SOCKS5 are an (OSI layer 5) different type of proxy with better security (built-in authentication) and faster.

How can a Proxy Help you not to Get Caught Torrenting?

A torrent proxy (P) server intercepts your traffic from point A to point X. So when you (A) are connecting to a torrent swarm (X) through a proxy (P), the torrent swarm sees the proxy’s IP (and not yours). Unfortunately, your ISP and any Internet-infrastructure provider could still monitor and read your torrent traffic.

D. Torrent from a Private Tracker.

The fourth best way to not get caught torrenting is to enroll in a private tracker. A tracker is a server that helps in the communication between the torrent peers using the BitTorrent technology. There are public trackers with public indexers (websites) where anyone can go and download a torrent. There are also private trackers, which are closed communities with usually massive and niche libraries but built with strict sharing regulations. A private tracker not only helps you download great content but also are also fast and safe.

How can a Private Tracker Help you not to Get Caught Torrenting?

A private tracker (as mentioned before) are closed communities where you have to be invited by members. Copyright trolls usually have difficulty enrolling in these trackers, so they can’t simply spy on peers.

E. Other Ways to Help You Not Get Caught Torrenting?

Below are free and simple ways to help you avoid getting caught torrenting. Note that these ways are not as optimal as the ones listed above.

Unfortunately, (although torrenting should be safe and legal), it is still targeted and blocked by ISPs, despite the fact that you might be using it to download and share legal copies of Ubuntu Linux, or using it to share and distribute for free your newly created music. So, you still need ways to stay safe and anonymous while torrenting.

The four ways shown in this post are very effective, seedboxes, VPNs, proxies, and private trackers…

Which one is your favorite method?