Ginger is considered as a part of the superfoods. It is named as it is a food with high nutrient density beneficial to health. In the kitchen, it is a valued flavoring and perfume for meals. It is a powerful natural home remedy as per the Phytotherapy research.

Ginger (Zingiber Officinale) is a plant of the Zingiberaceae family. It grows as a horizontal rhizome. It is commonly produced in India, Jamaica, Fiji, Indonesia and Australia.

Ginger rhizomes are used in the kitchen as a spice to flavor (spicy) foods. They have also been used for centuries in herbal medicinal practice for the treatment of various diseases such as rheumatoid arthritis, hypercholesterolemia, neurological conditions, asthma, constipation, diabetes or cancer, for which it is applied in the form of fresh paste, dry powder, crystallized or in syrup.

Current scientific studies found that the antioxidant function of this food plays an essential role in protecting against oxidative damage phenomena, and has therapeutic effects in a high number of pathologies, including ischemic heart disease or the prevention of certain types of cancer.

Among the antioxidants contained in ginger, there is the group of polyphenols, non-energy substances in plant foods, whose presence in the daily diet is considered to preserve good health.

Benefits of ginger for health

The three benefits that are most attributed to ginger are: relieve nausea, contribute to loss of appetite, counteract dizziness and pain.

In addition, according to several scientific studies and nutrition and medical schools that point to the natural, it is recommended to add to the daily diet, certain herbs and spices that may offer additional health benefits.

One of these is ginger. Regarding its properties as a medicinal herb, scientific analysis shows that ginger contains hundreds of compounds and metabolites, some of which can contribute to health and healing. Of these, gingerols and shogaols are the ones that were investigated more extensively.

Therefore, it is an ally for the following conditions.

The phenolic compounds in ginger are known to help relieve gastrointestinal irritation, stimulate the production of saliva and bile, and suppress gastric contractions as food and fluids move through the gastrointestinal tract. It also seems to have beneficial effects on the trypsin and pancreatic lipase enzymes and to increase its transit through the digestive tract. This suggests that ginger may help prevent colon cancer and constipation.

Chewing raw ginger or drinking ginger tea is a common home remedy for nausea. Taking ginger for motion sickness would help reduce the feeling of nausea, but does not seem to prevent vomiting. Its use should be consulted with the doctor in case of nausea due to pregnancy or chemotherapy, since although many people consume ginger candies in these cases.

Each patient should consider their health status with their professional.

In times of cold, the habit of drinking ginger tea is a good way to keep warm and thus help prevent flu states. It is diaphoretic, which means that it promotes sweating, working to warm the body from the inside, so it also helps reduce cold symptoms. To make ginger tea at home, slice between 20 and 40 grams of fresh ginger and take them in a cup of hot water. Add a slice of lemon or a drop of honey to add additional flavor and benefits, such as lemon for vitamin C and the antibacterial properties of honey.

A study with 74 volunteers conducted at the University of Georgia found that daily ginger administration reduces exercise-induced muscle pain by 25 percent. It has also been discovered that ginger reduces symptoms of menstrual cramps.

Ginger has been used for many centuries to reduce inflammation and treat inflammatory conditions. A study published in the journal Cancer Prevention Research reported that ginger supplements, which are available for purchase online, reduced the risk of developing colorectal cancer in the intestine of 20 volunteers. It has also been discovered that ginger is “modestly effective and reasonably safe” to treat inflammation associated with osteoarthritis.

Ginger also makes cholesterol lower, decrease the risk of blood clotting and help maintain healthy blood sugar levels. It could become a part of the treatment for heart disease and diabetes.

How ginger is consumed?

The root or underground stem (rhizome) of the ginger plant can be consumed fresh, powdered, dried as a spice, in the form of oil or as juice.

Fresh and dry, as ginger extract and ginger oil, is available for consumption at meals, and as a dietary supplement is found in mother tinctures, capsules and pills.

Fresh or dried ginger can be used to flavor foods and beverages without adding unnecessary salt or sugar. Since it is often consumed in such small amounts, ginger does not add significant amounts of calories, carbohydrates, protein or fiber. Ginger provides a variety of vitamins and minerals.

READ MORE: 8 Proven Health Benefits Of Turmeric For Your Body

In 100 grams of fresh ginger root, there are:

Other nutrients found in ginger are:

Natural ginger has no known side effects for most people. However, in certain cases a high ginger intake may worsen the symptoms of acid reflux, irritate the mouth and cause diarrhea. Taking ginger as capsules – as long as they are recommended by a doctor – may help reduce the risk of heartburn.

The effectiveness and side effects of ginger supplements will vary by brand and formulation, but people are advised not to take more than 4g of dry ginger a day or 1 g during pregnancy, including food sources.

It is important to consult a doctor before using supplements since these are not standardized.

Pregnant women, or people who have gallstones, diabetes or a blood clotting disorder, should first check with their doctor if they want to increase ginger consumption. Ginger supplements should not be used with aspirin or other anticoagulant medications.

On the other hand, it can be considered that many of the compounds in ginger have not been fully investigated, and not all of the ginger claims that circulate have been supported by the research. However, many of those that have already been studied appear to be promising for medicinal use.

What it is: An underground stem much appreciated in the kitchen for its aroma, its spicy flavor; and also, for health due to its nutritional contribution. It can be used in a root or dried powder.

What it brings: It is rich in amino acids, calcium, iron, magnesium, potassium, phosphorus and vitamins C and group B.

For what: It helps prevent episodes of compulsion for food because it is an anxiolytic that increases serotonin levels, a neurotransmitter that is involved in mood improvement in appetite control. It also favors gastric juices and improves the flora of the intestine, which is why it was determined as an excellent digestive health aid. And it is an excellent anti-inflammatory.

How to use it: Ideally 1 to 3 teaspoons a day in smoothies, soups, juices, sauteed vegetables, to flavor desserts, pieces of bread and cookies and in the kitchen in general.

Ginger water recipe: In a thermos, a teaspoon of ginger powder and a date are placed, then the water is poured to mate, let it rest for 10 minutes and it is primed normally. 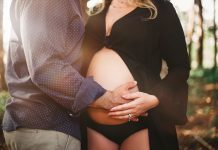 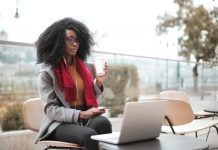 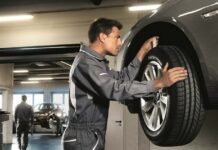 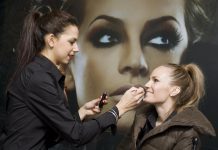 Why is it Good to Pursue Career as a Makeup Artist?

Love Eating Out? Follow These 7 Hacks To Satiate Your Cravings...